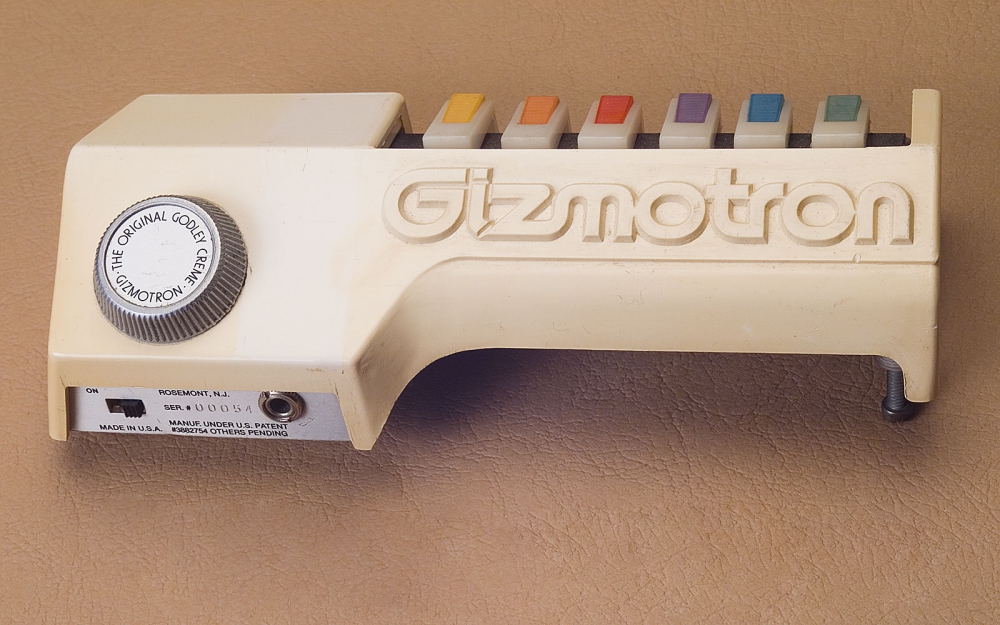 When Godley & Creme left 10cc in 1976 they made they album 'Consequences', which began as a demonstration record for the "Gizmotron", an electric guitar effect they had invented. The device, which fitted over the bridge of an electric guitar, contained six small motor-driven wheels attached to small keys (four wheels for electric basses); when the key was depressed, the Gizmotron wheels bowed the guitar strings, producing notes and chords with endless sustain. First used during the recording of the Sheet Music track "Old Wild Men", the device was designed to further cut their recording costs: by using it on an electric guitar with studio effects, they could effectively simulate strings and other sounds, enabling them to dispense with expensive orchestral overdubs.