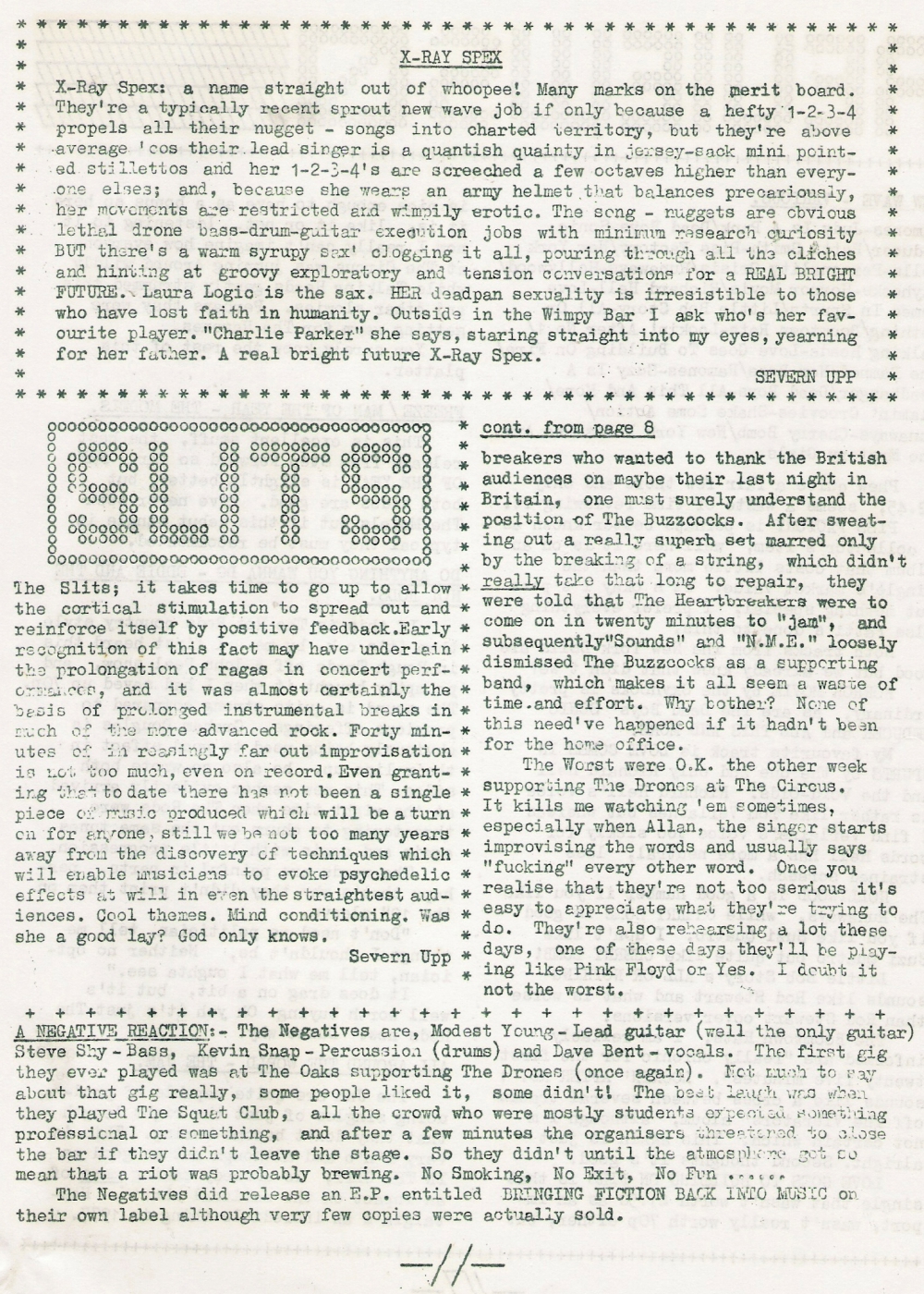 Page 11 of Ghast Up fanzine Issue 3. Featuring articles on The Slits and X Ray Spex by Severn Upp aka Paul Morley. Also articles on The Worst and, quite shamefully, The Negatives who included Paul Morley on guitar alongside Dave Bentley (Drones manager and founder of Bent Records) on vocals, Steve Burke (Shy Talk fanzine editor) on bass and Kevin Cummins on drums. Although the account of The Squat gig was pretty much factually correct, the release of the EP was a prank that never happened. Morley's fanzine Girl Trouble reported that the EP was deleted before release, which was nearer the truth.