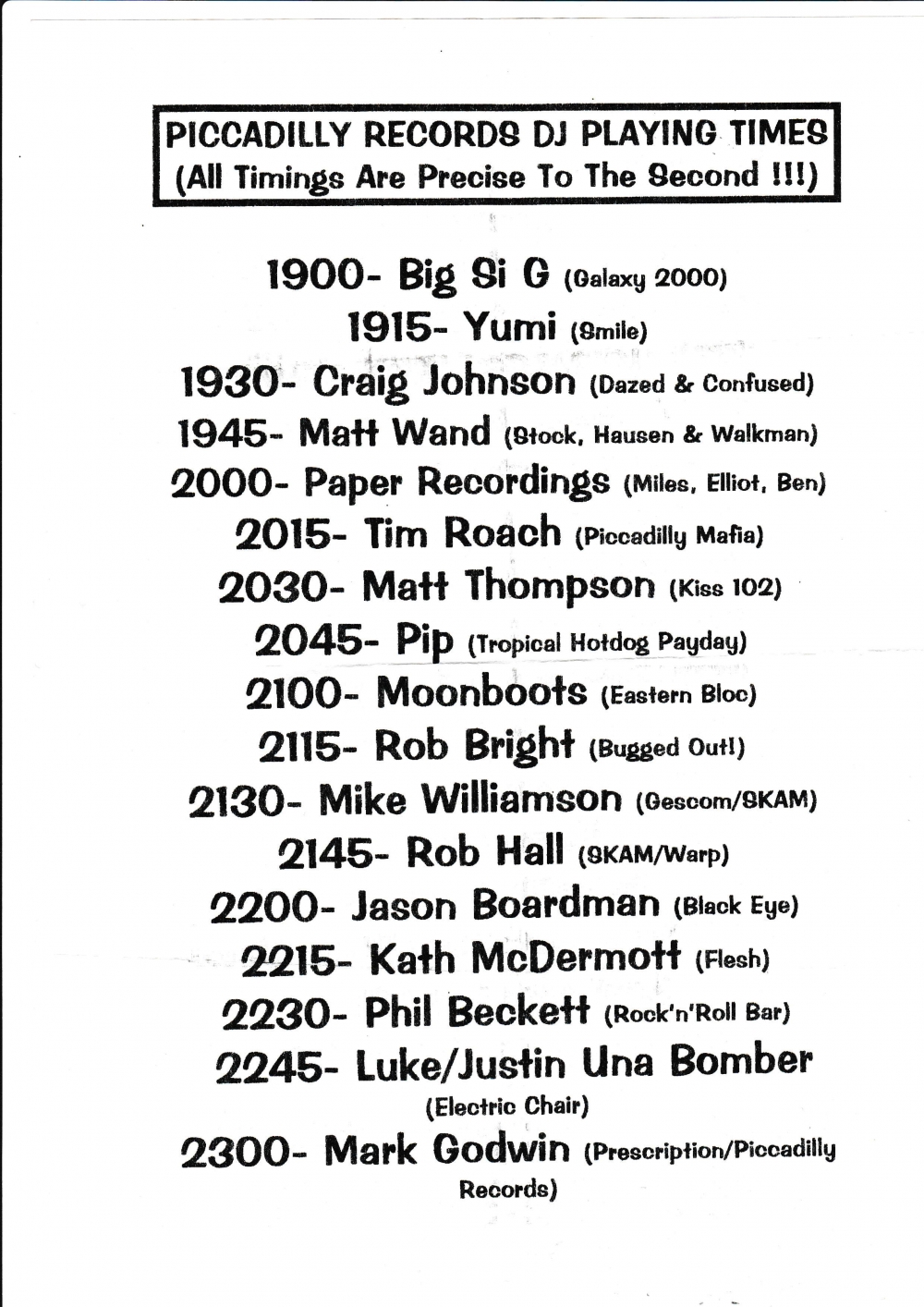 This was the launch party at Dry Bar for the re-opening of Piccadilly Records on Oldham Street (the current location). The shop moved to its current home in 1997, a few months after the IRA bomb caused damage to previous premises on Brown Street.

Bigmouth Says –
It was a Piccadilly Records birthday party at Dry Bar, in the basement I think. It was really heaving and hot and a gathering of the clans. I think the year may be right as I played the jump-up remix of No Diggity by Urban Takeover and it 'went orf'!
If you'd like to leave a comment, please Login. Login
Manchester Digital Music Archive is licensed under an
Attribution-NonCommercial-ShareAlike 4.0 International License.
Charity no. 1164179
Our archive currently contains 3870 Bands, 758 DJs, 1461 Venues, 323 Industry Professionals and 29719 artefacts contributed by 4047 members.