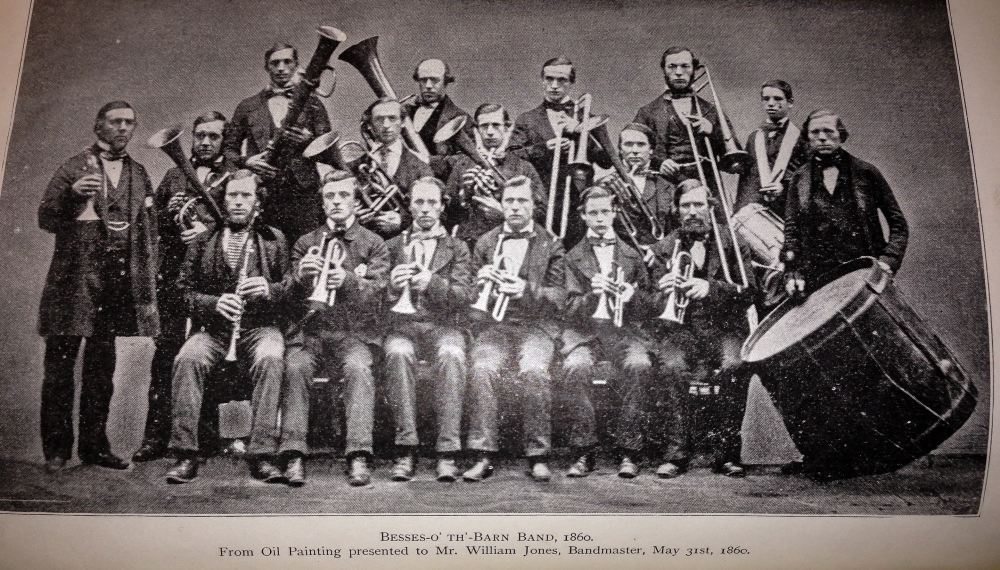 Although there was a string band in existence in the late 18th Century, Besses o' th' Barn band recognise 1818 as the official beginnings of the band. The band was a reed brass band at this time originally called ‘Cleggs Reed Band’ but even at this time it was commonly referred to as Besses Band.

It is said that the band came together with soldiers returning from the Napoleonic Wars in 1815 with their military instruments of brass and percussion. Besses was probably one of the few sources of entertainment in those days, playing at celebrations and fairs. However, from the outset, Besses was also a competitive band winning competitions against rival bands.