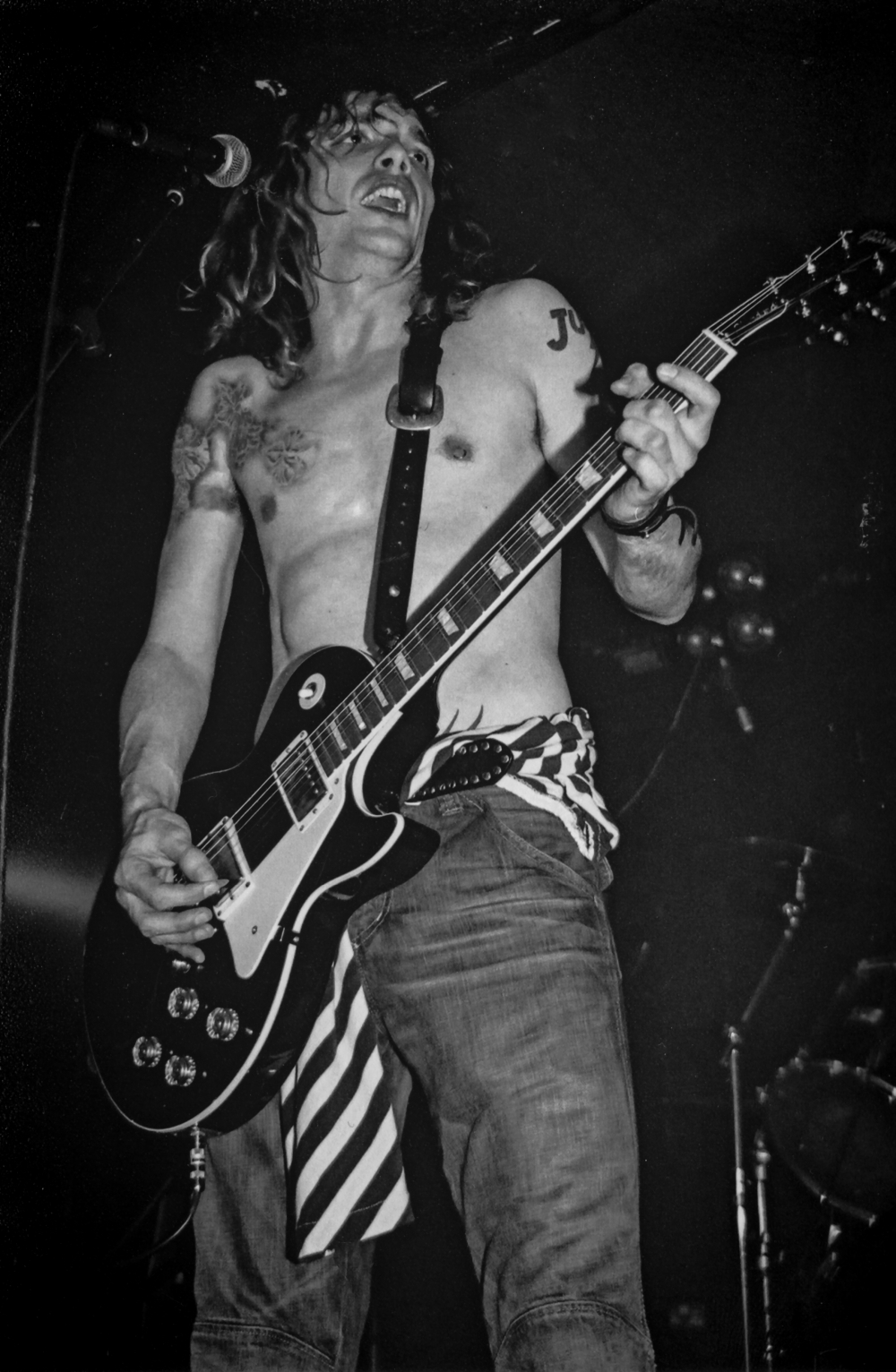 Justin Hawkins performing with The Darkness at the Hop and Grape in March 2003.

We interviewed the whole band for our fanzine when they played the Hop and Grape in 2003. As soon as we walked into the room they asked us if we were from the NME. We sheepishly told them we were actually from a zine but they instantly became incredibly warm and friendly because they were currently having a very public spat with the NME and as long as we weren’t national music press we were ok by them. We spent ages talking to the band and when we asked Justin what he wanted to ultimately achieve he told us he wanted to play arenas. We were pretty surprised at how ambitious he was but were far too polite to say so. However within the space of a year the band were huge and playing the Manchester arena.

The Hop and Grape gig itself was great. The place was packed with a real mixed crowd and everyone was having fun. At the front I jostled for room along with other photographers, people wearing Frankie Poullain fake moustaches and also a group of smartly dressed girls, one of whom asked her mate to hold her handbag as she clambered onto the stage to dive into the crowd.

The Darkness came in for a lot of stick later in their career but they were genuinely nice lads who were creating the type of traditional rock that a lot of people still loved. It’s a gig I remember clearly (for good reasons) which I think is the mark of a great live show.