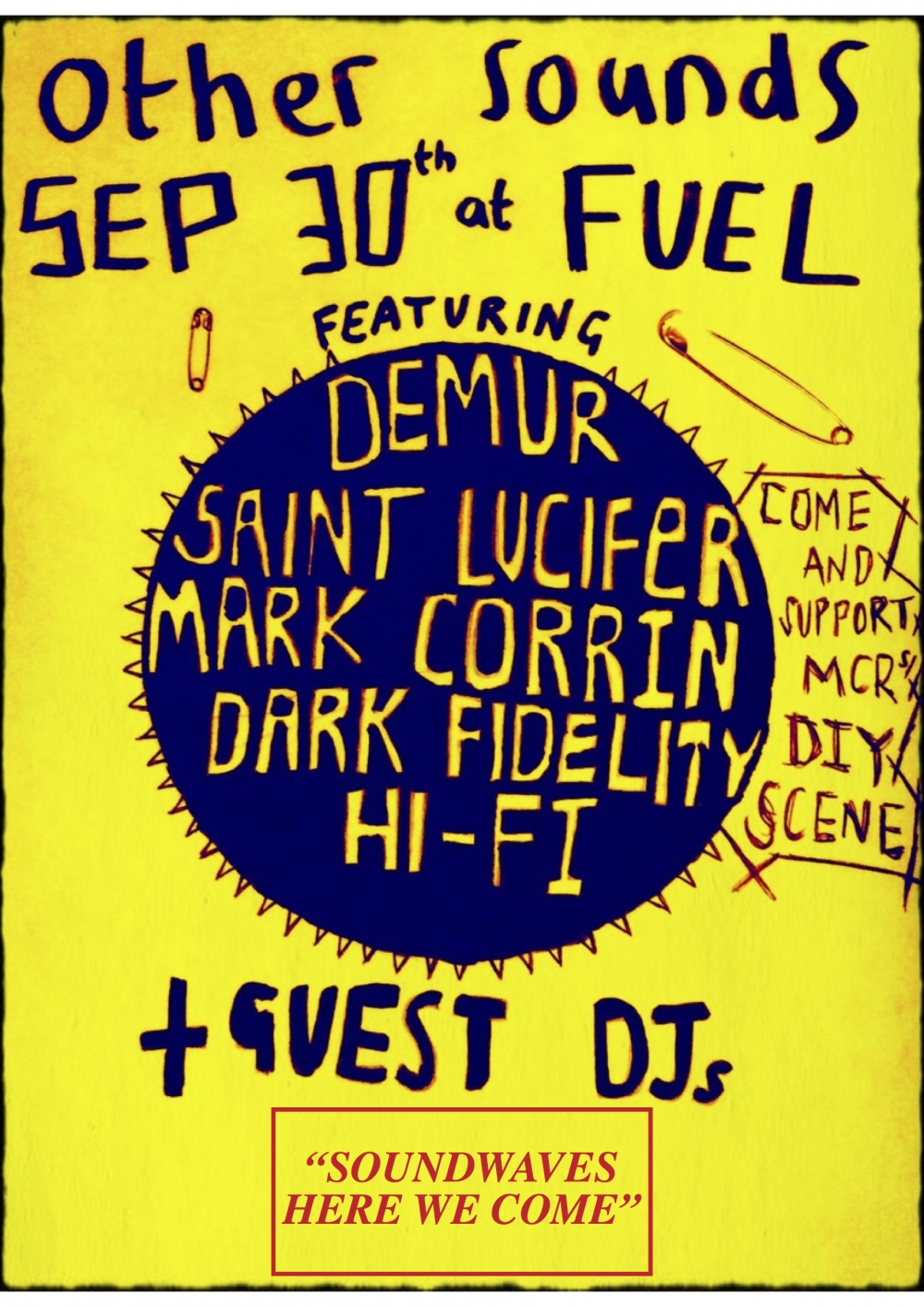 A poster designed by Charlie Bergmann for an Other Sounds Society gig at Fuel Cafe in Withington.

This was St Lucifer's (spelt incorrectly on this poster) first gig and their only gig as a three-piece. Unfortunately, Dark Fidelity Hi Fi did not perform at this gig.

The 'Soundwaves Here We Come' logo at the bottom was added as the gig was organised with said record shop in Afflecks Palace. The shop had recently set up its own record label and this gig was to be a showcase of the labels acts and friends.
Artefact added : 28th June 2016
by CharlieB

musicman Says –
I wonder why
If you'd like to leave a comment, please Login. Login
Manchester Digital Music Archive is licensed under an
Attribution-NonCommercial-ShareAlike 4.0 International License.
Charity no. 1164179
Our archive currently contains 3860 Bands, 758 DJs, 1458 Venues, 316 Industry Professionals and 29648 artefacts contributed by 4037 members.