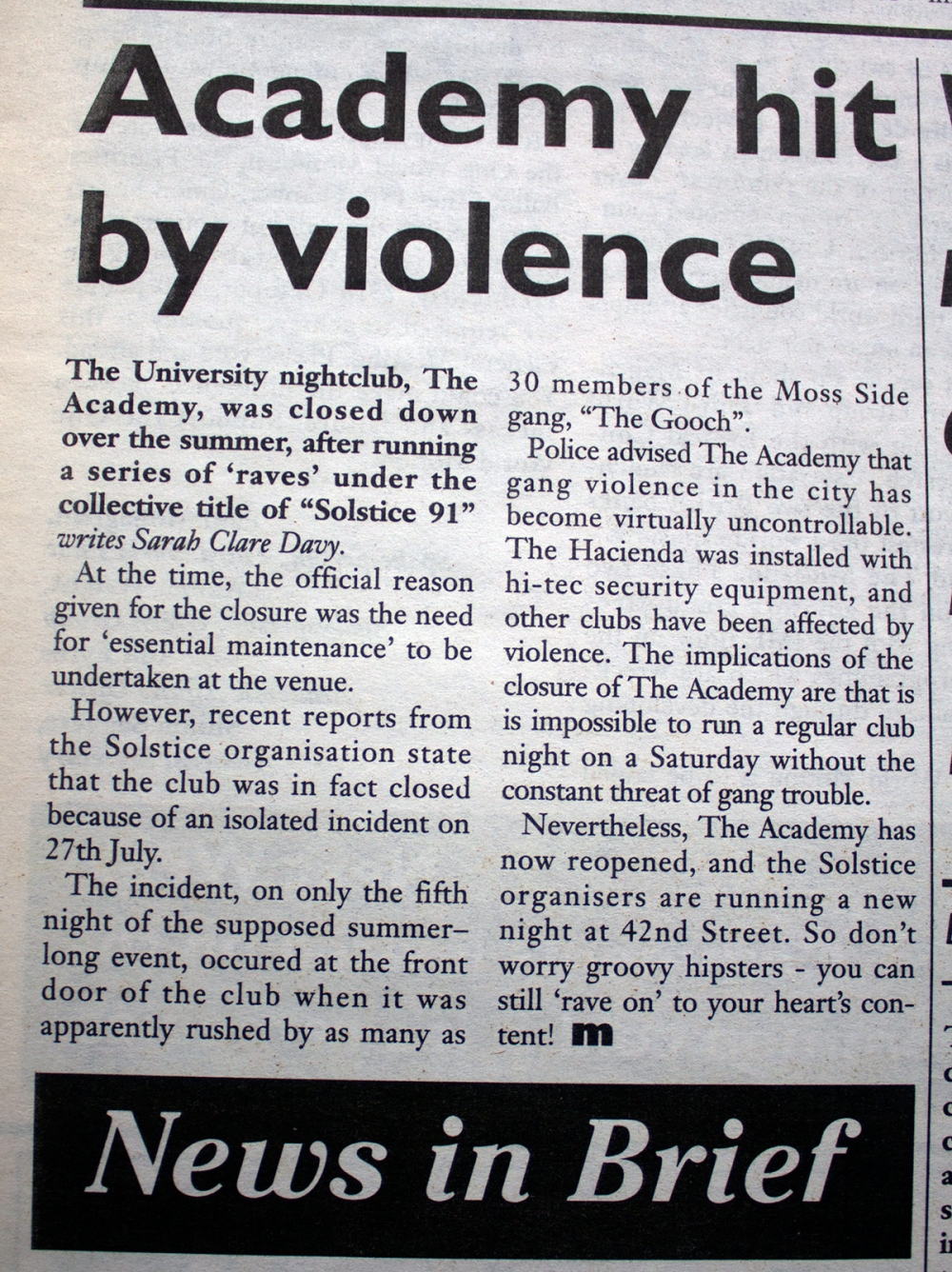 The security at Academy club nights were run by the same company as the Hacienda and experienced similar problems, as mentioned in this press article where gang members from Moss Side were involved in an incident on 27 July during one of the venue's Solstice events.

The programme of supposed summer-long raves were cancelled and eventually moved to 42nd Street whilst the Academy remained open for gigs as usual.

Where you at this party when the scary incident took place? If so, we'd love to read your story in the comments section below. 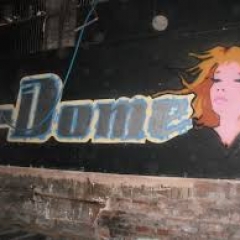 scherben Says –
One issue with this story is that according to the flyers for the club, it was a fortnightly operation, and not even open on the 27th July 1991.
If you'd like to leave a comment, please Login. Login
Manchester Digital Music Archive is licensed under an
Attribution-NonCommercial-ShareAlike 4.0 International License.
Charity no. 1164179
Our archive currently contains 3683 Bands, 733 DJs, 1339 Venues, 226 Industry Professionals and 22632 artefacts contributed by 3696 members.