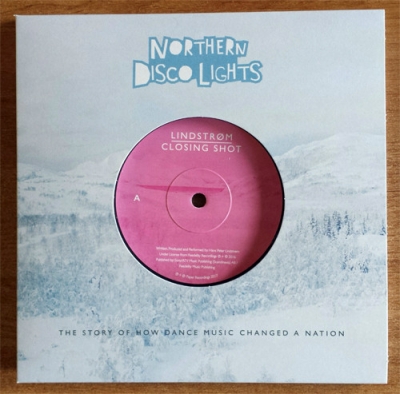 Special edition 7" vinyl which was launched to tie in with the release of our debut documentary "Northern Disco Lights" which was a historical look at the rise & rise of electronic dance music within Norway.

This 7 featured 2 tracks used in the film, Lindstrøm's 'Closing Shot' and the incredible 'Song For Annie' by Erot.
Artefact added : 19th June 2019
by Paper Recordings