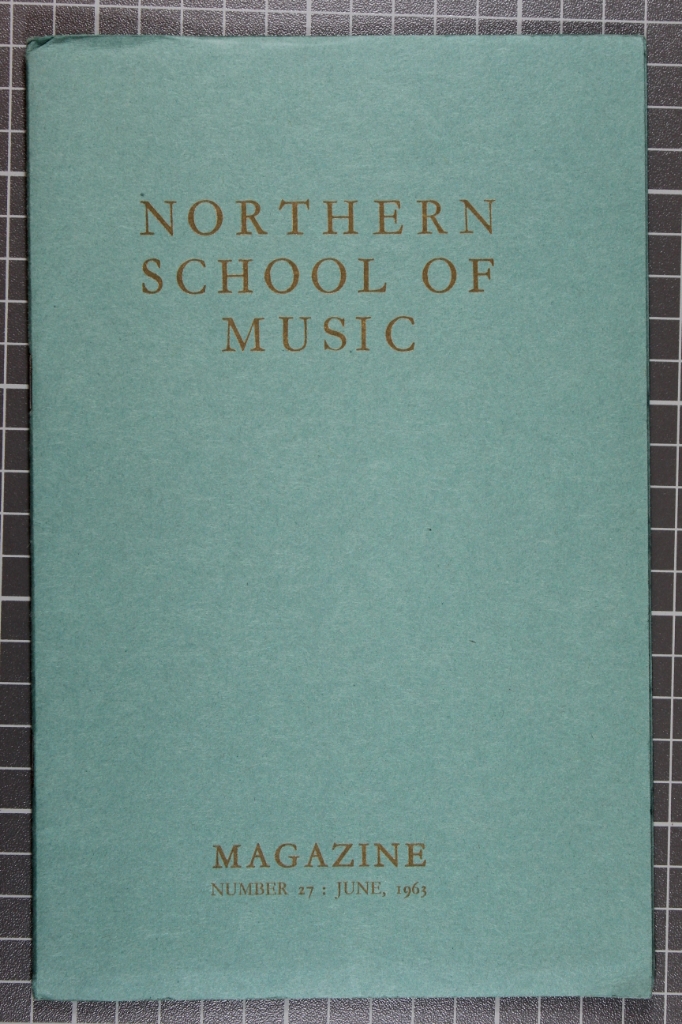 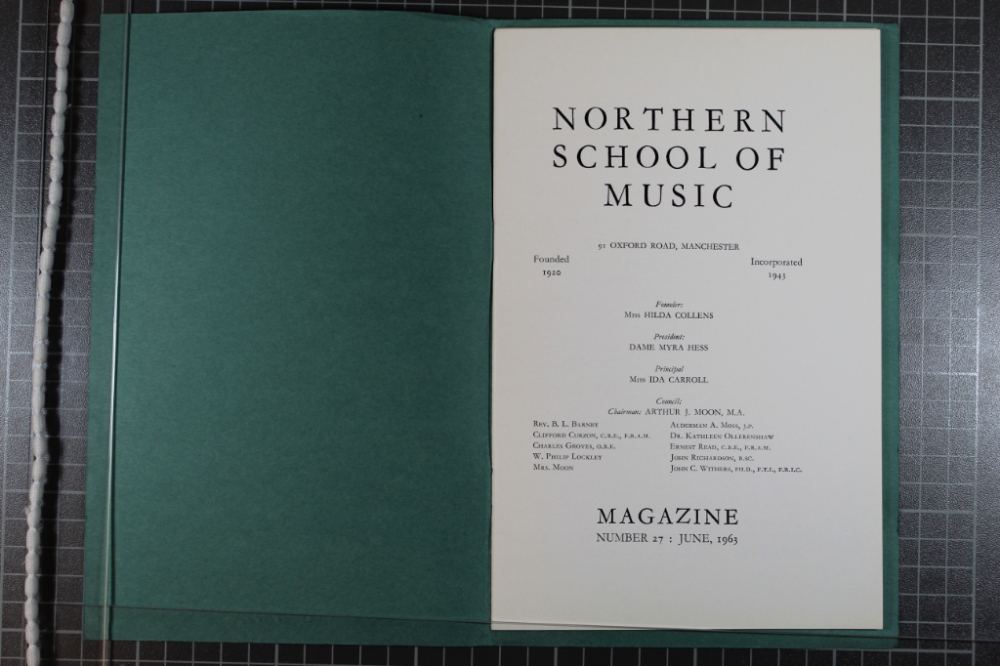 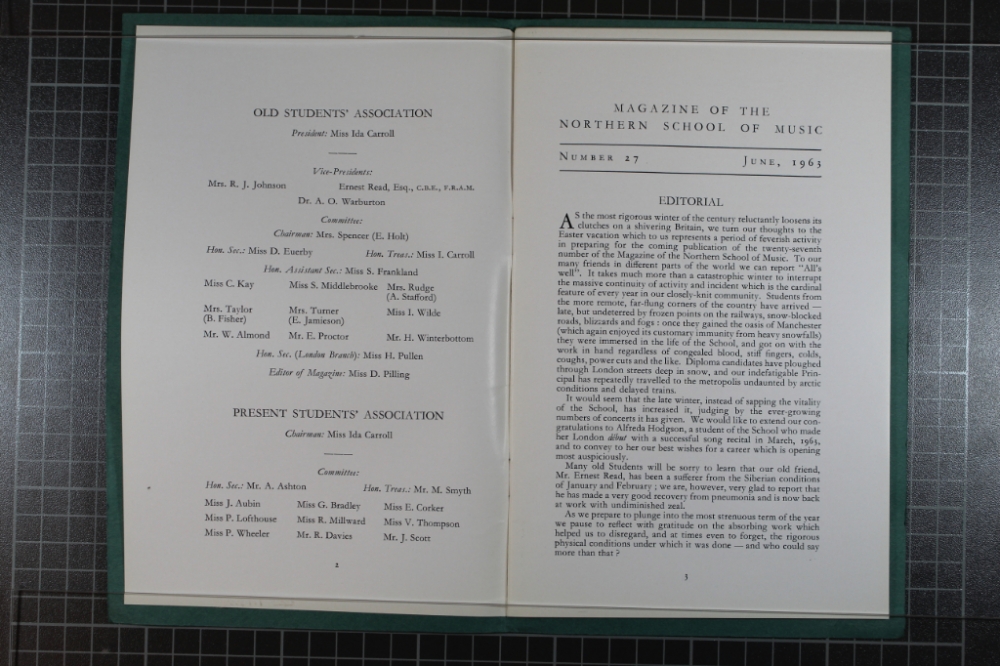 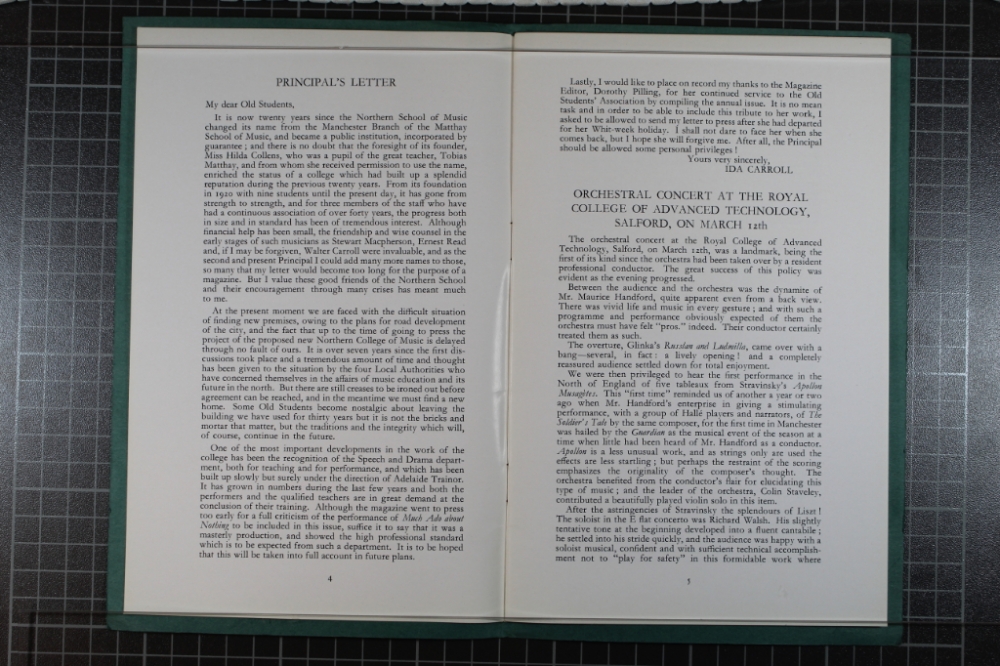 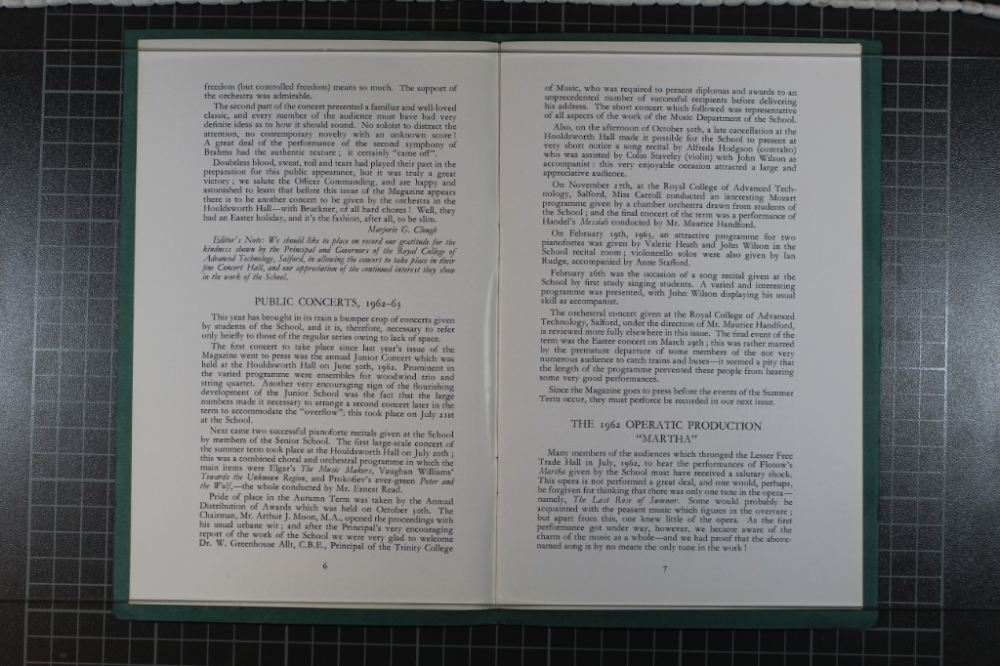 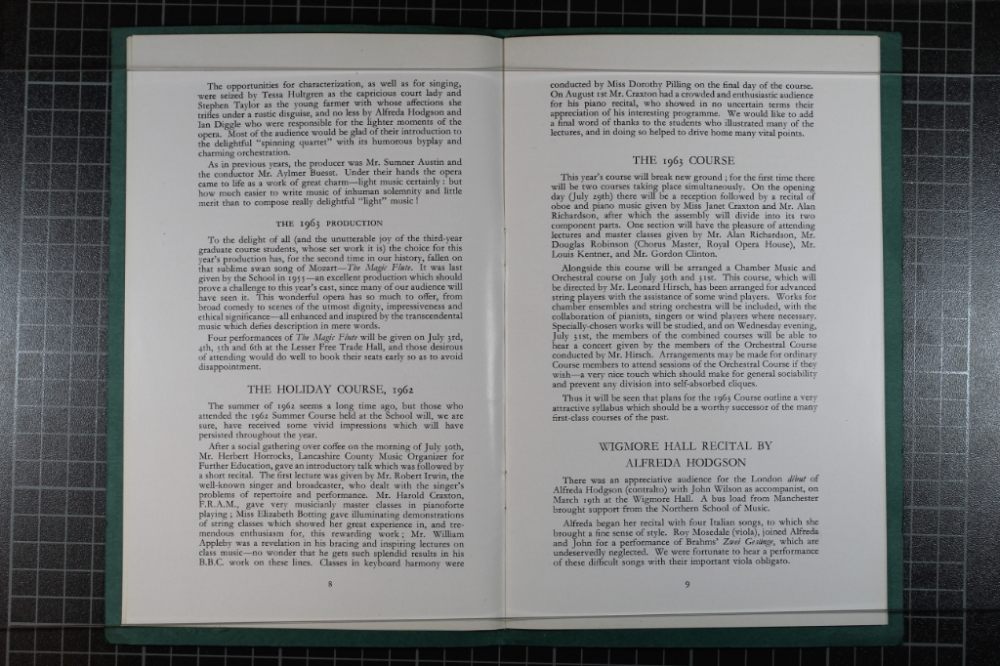 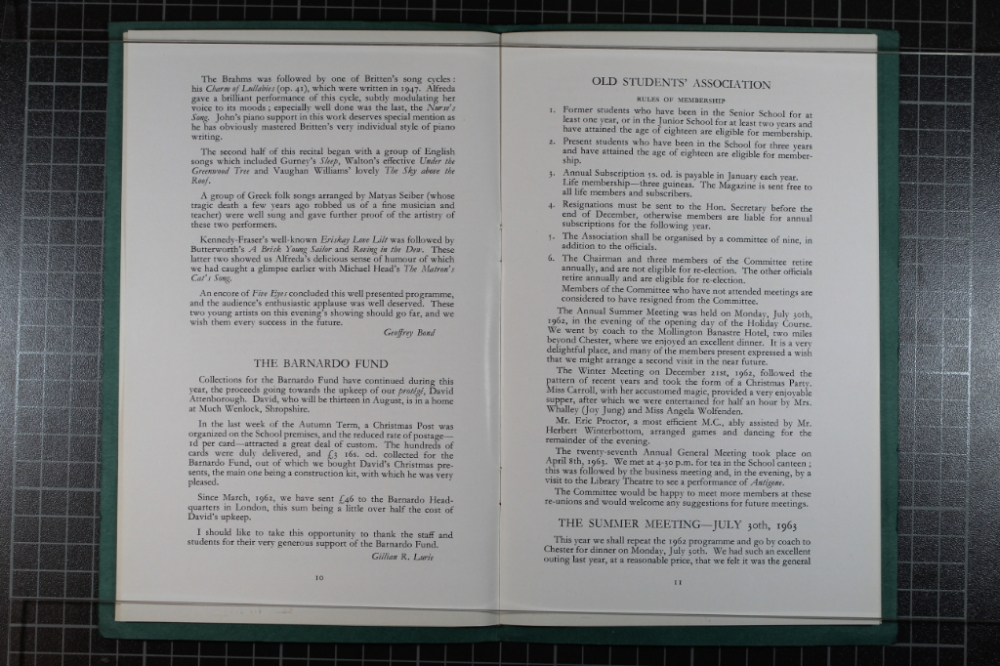 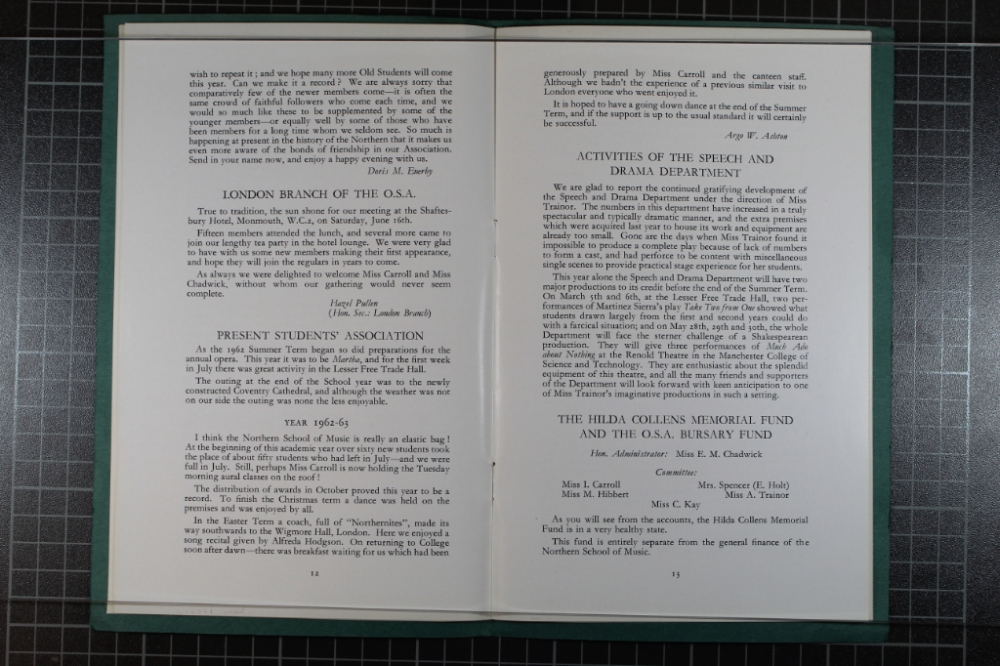 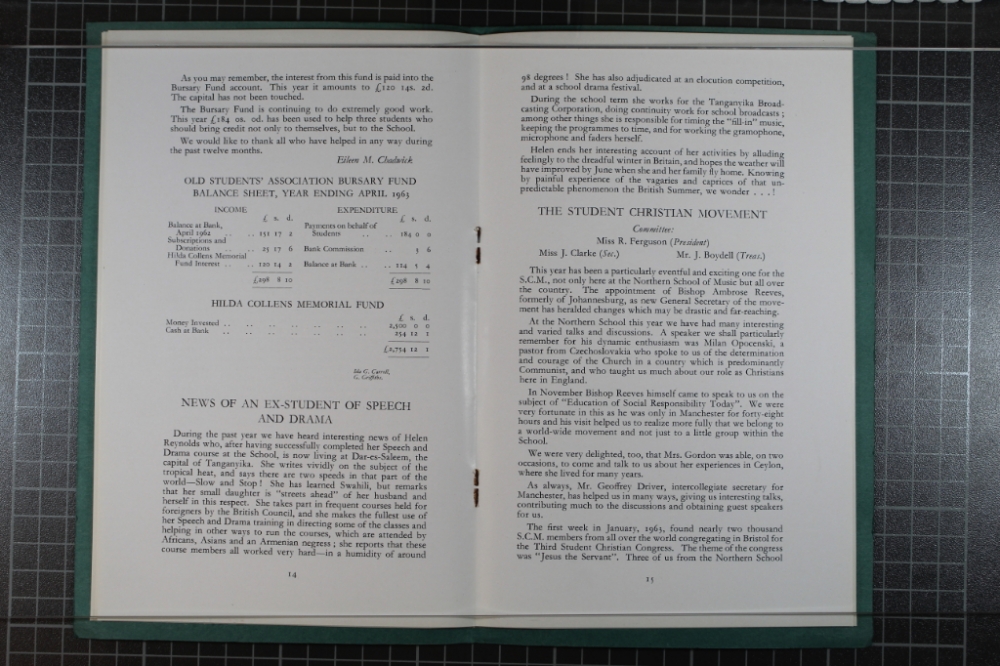 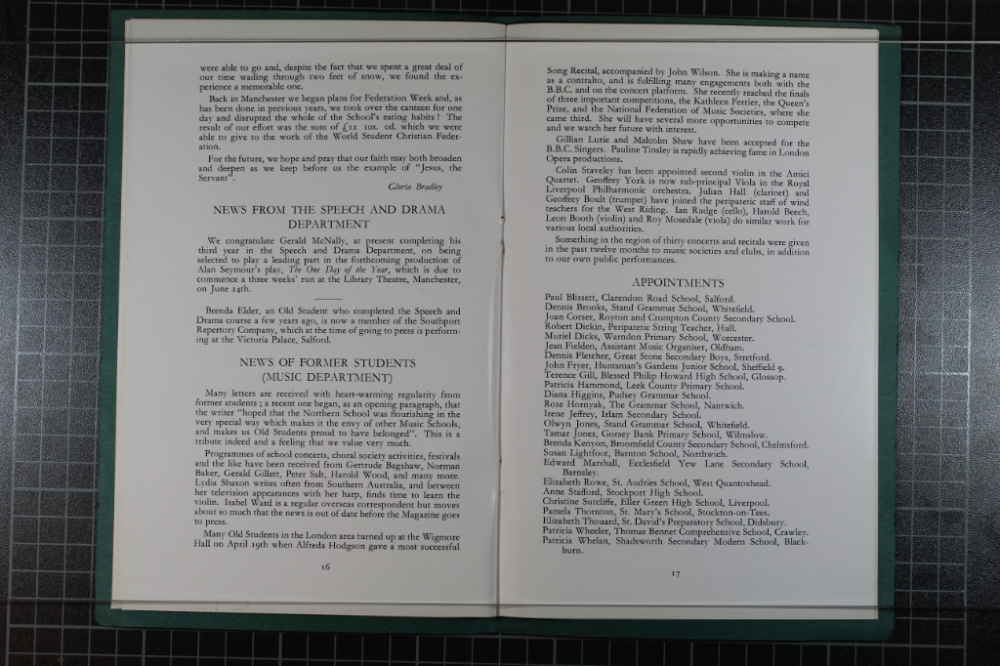 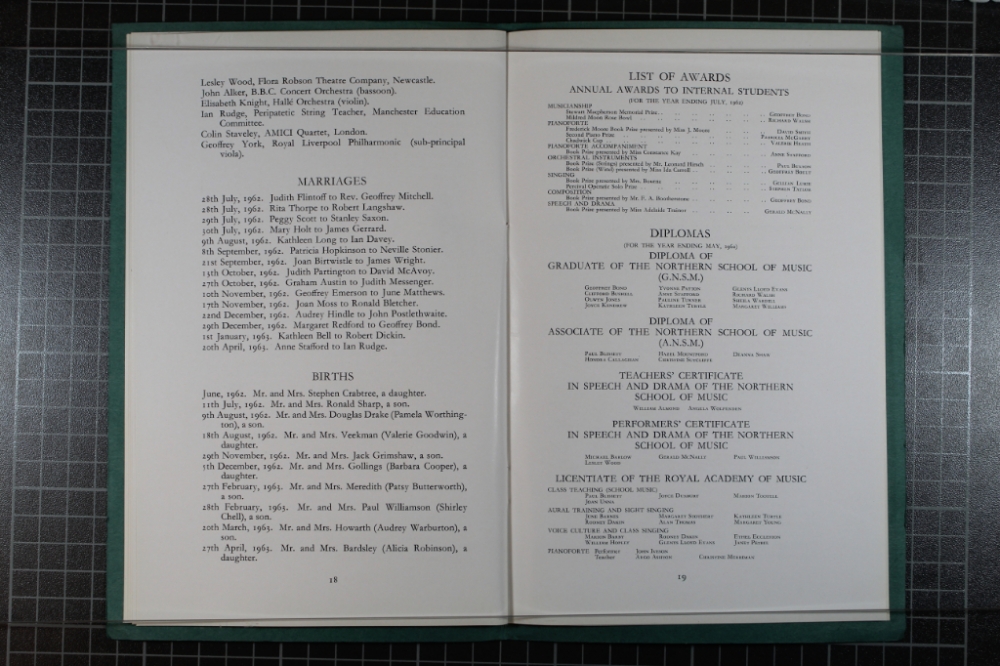 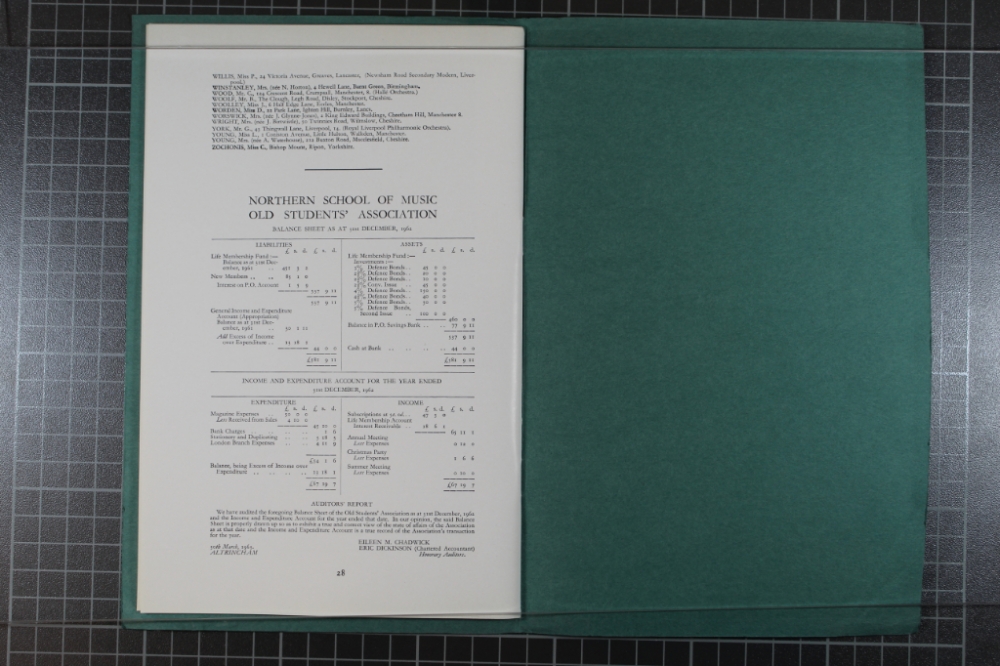 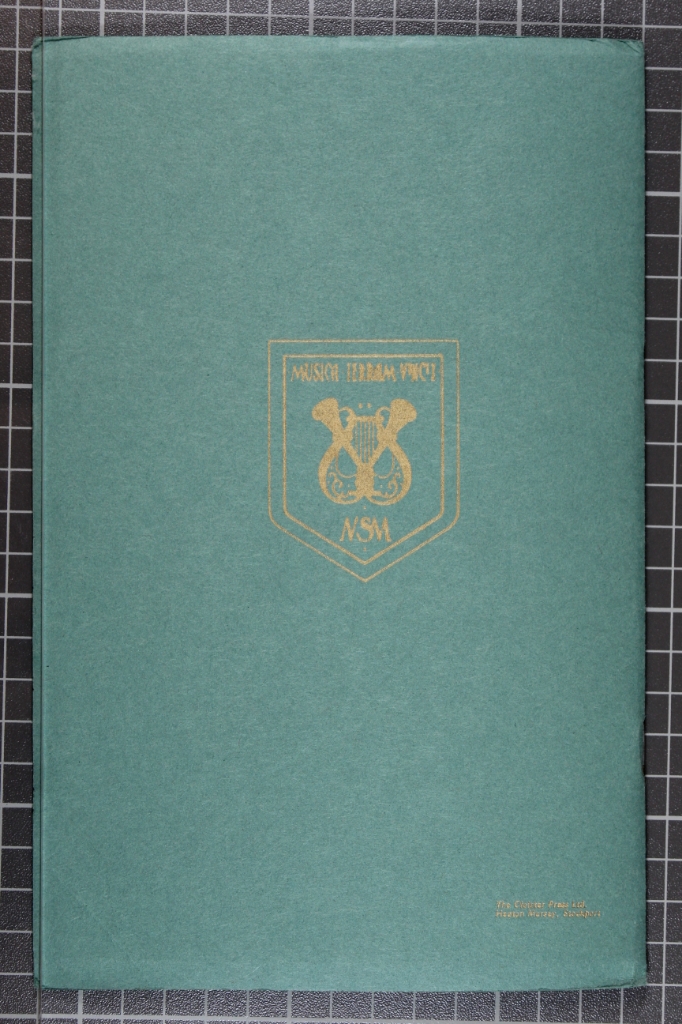 Official Magazine of the Northern School of Music, covering the academic year 1962-63

Labelled the ‘most rigorous winter of the century’ by the editor, this issue paints an extreme picture of students hailing from far-corners of the country arriving in a weather worn Manchester, undeterred by ‘frozen railways’ and ‘snow blocked roads’ on their journey. Despite the challenges these conditions likely raised for instrument playing, students soldiered on regardless of ‘congealed blood, stiff fingers, colds, coughs, power cuts the like’.

The year also marks two decades since the school changed its name from Manchester Branch of Matthay School of Music, henceforth becoming a public institution. Pg. 4/5 includes an emotional reflection from Principal Ida Caroll, depicting the progress the school has made since it started with 9 students in 1920. Three members of staff have had continuous association of over 40 years.

Pg. 14 includes an interesting feature on the endeavours of an ex-student of the Speech and Drama Dept. Helen Reynolds, then living in the capital of Tanganyika (a sovereign state from 1962-64, now part of present-day Tanzania). Here she mentions learning Swahili through courses held by the British Council for foreigners. Interestingly, she uses her expertise gained at the NSM in directing some of these classes and helping run the courses, in addition to working for the Tanganyika Broadcasting Corporation. Further news from former Music students is also highlighted on page 16/17.

The Student Christian Movement hosted another collection of interesting guest speakers at the school, including a pastor from Czechoslovakia (Czech Republic) who told tales of the courage and determination of the Church under Eastern Bloc rule, teaching the importance of the role of a Christian in England. Historians of social movements under the Soviet Union will recall how the Churches often acted as safe havens from the Stasi (Soviet Secret Police).

Pages 20-28 have been censored to protect personal data.
ef: NSM/21

Part of the #NSM2020 project "A 20/20 Legacy: the centenary of the Northern School of Music" supported by the National Lottery Heritage Fund.
Artefact added : 22nd April 2020
by rncmarchives