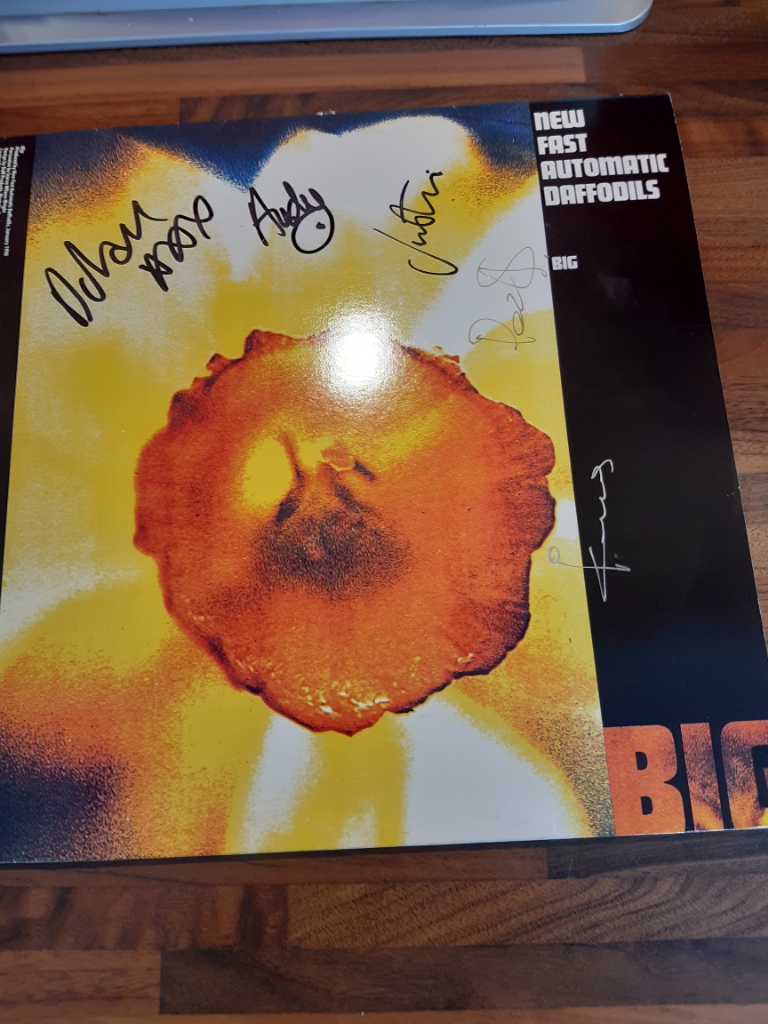 The band were singing copies of their newly released album, Pigeonhole, in HMV Manchester 1990. I took along a couple of my 12" singles for the band to sign too.
The photo is is of the 12 inch single, Big, which is still one of the coolest records of all time.
Artefact added : 29th July 2020
by Cappy