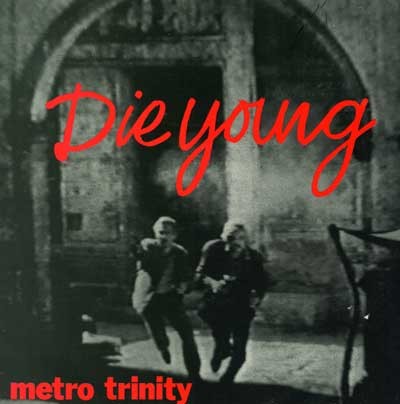 The cover of the only Metro Trinity release (apart from an appearance on a Debris flexi). The image used on the front may be familiar to film fans.

It was a four track EP released on Cafeteria Records and is occasionally seen on ebay fetching large sums of money.

The band featured Jez from Doves and Sub Sub on guitar, Jon Male from Soul Family Sensation (later just Sensation), and now big in Australian apparently, on vocals and guitar, plus Tim on Bass and Colin on Drums.