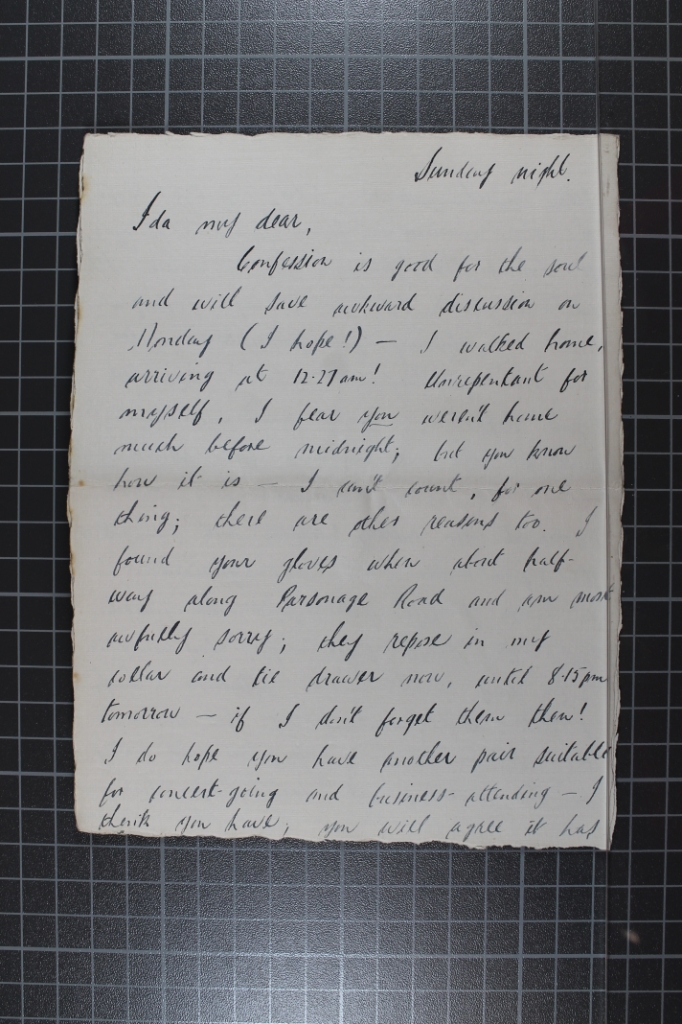 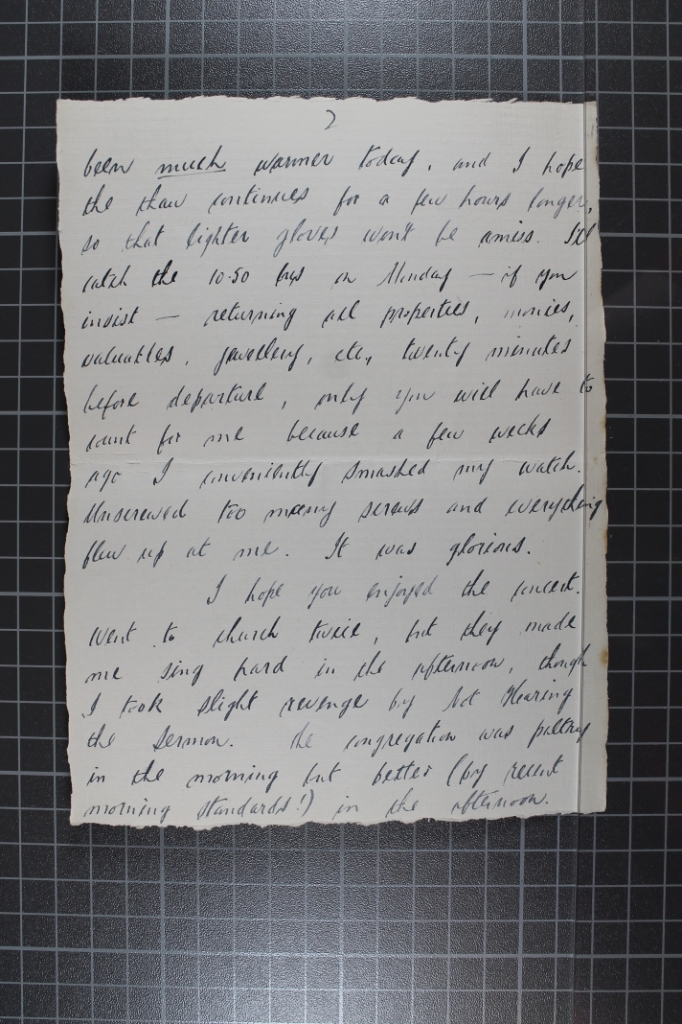 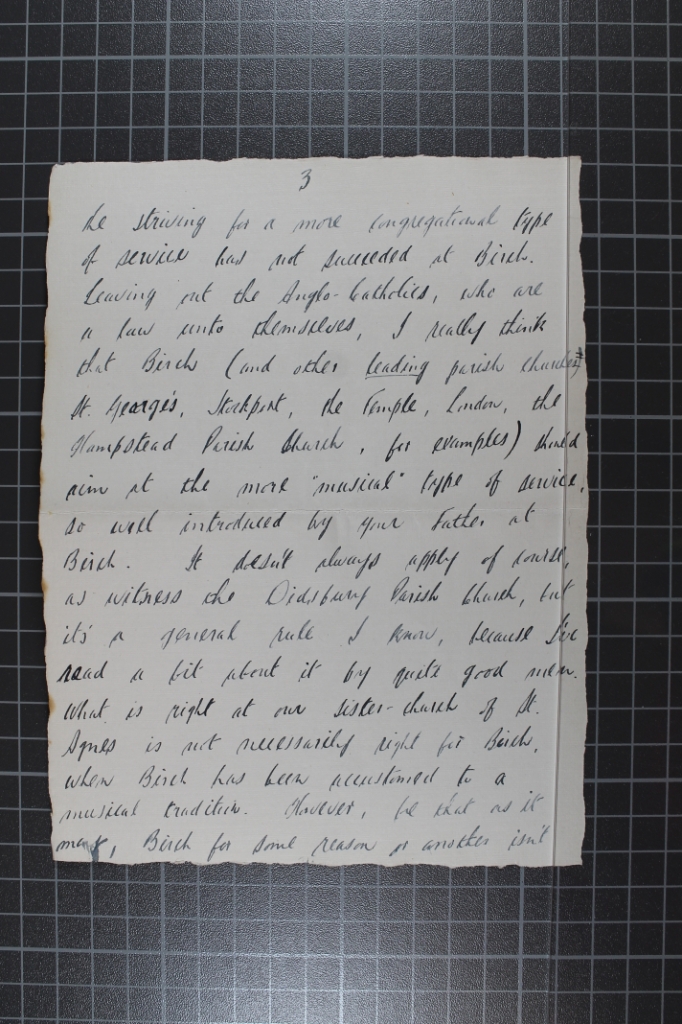 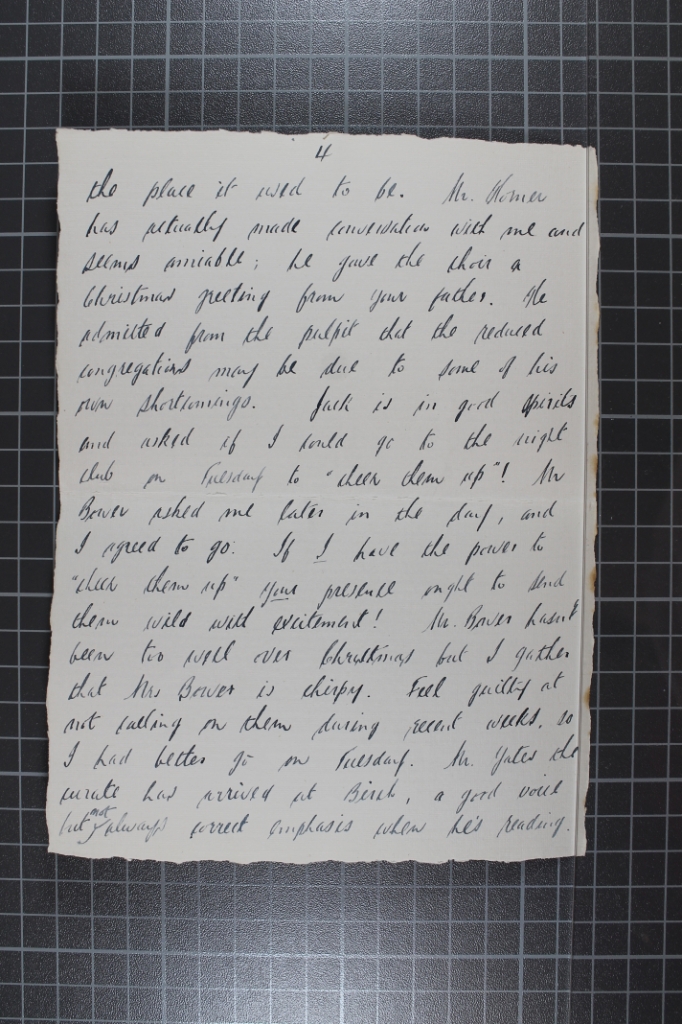 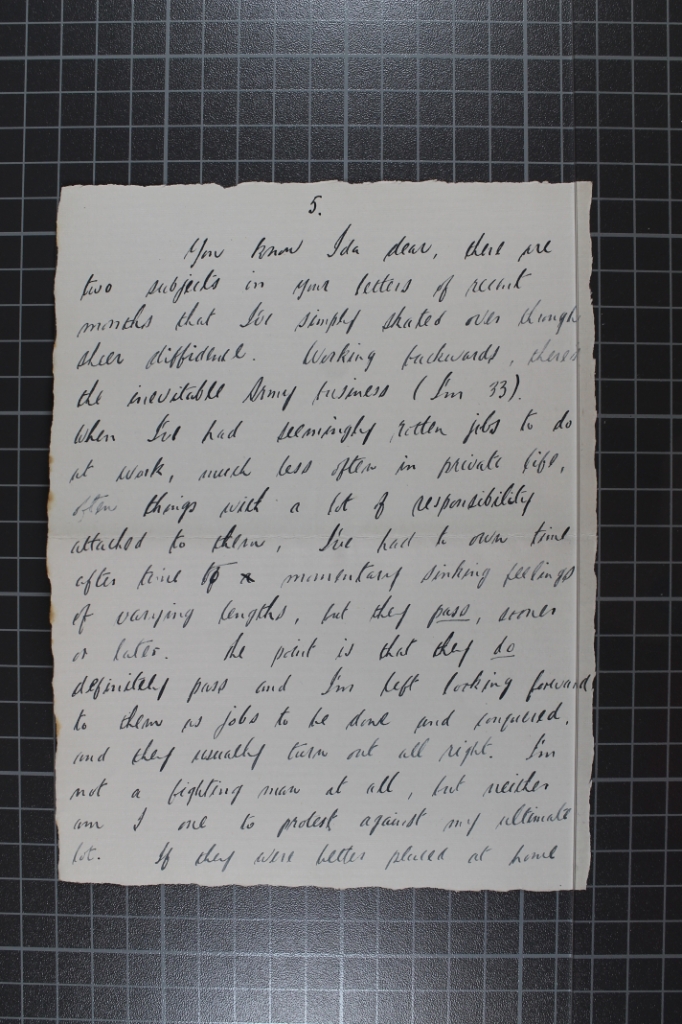 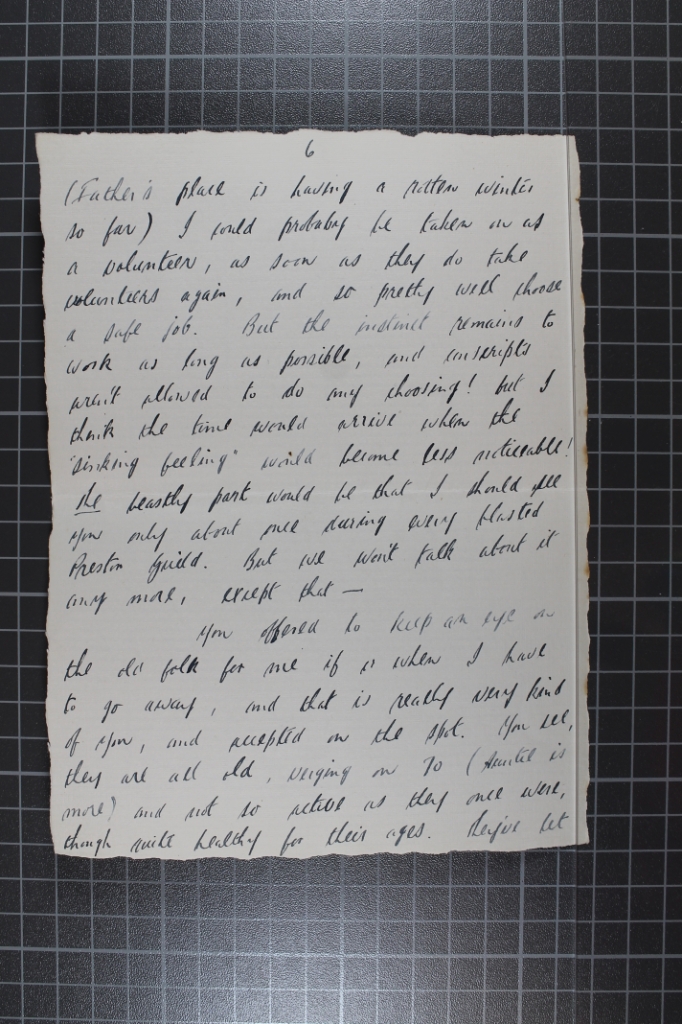 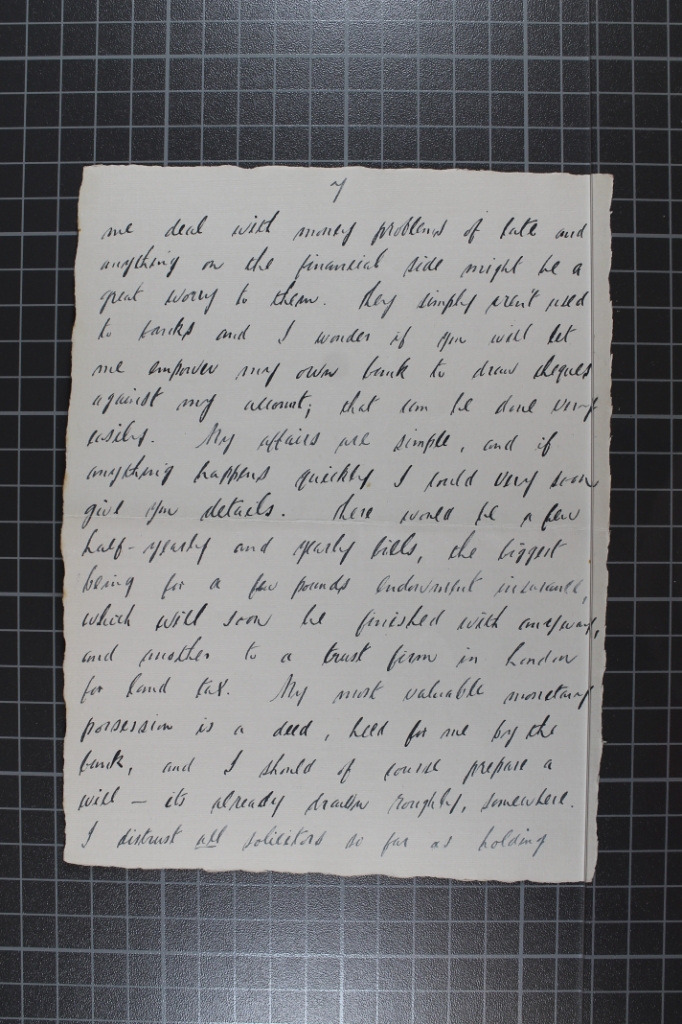 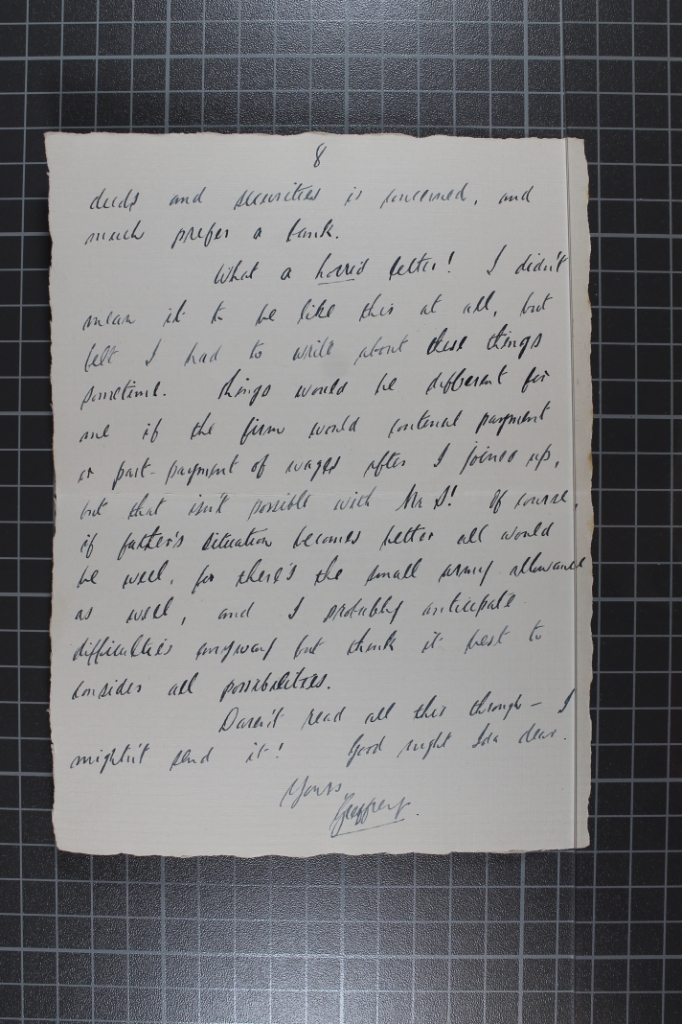 Griff tells Ida that he found her gloves on the walk home from their date. He's sure she has others she can use in the meantime.
If he's late next time they meet for a concert, it's because "a few weeks ago I conveniently smashed my watch. Unscrewed too many screws and everything flew up at me. It was glorious."
He hopes other leading parishes will take up the example set by Walter Carroll (her father) at Birch Church to have more musical services. He knows this is a good idea based on that classic foundation of opinion forming: "because I've read a bit about it by quite good men."
There's a big issue she's skirted over the past few times they've met. "There's the Army business (I'm 33)." He admits to a "sinking feeling" at taking up any extra responsibilities but knows this must eventually fade. "I'm not a fighting man at all, but neither am I one to protest against my ultimate lot. If I were better placed at home [...] I should probably be taken as a volunteer, as soon as they do take volunteers again, and so pretty well choose a safe job. But the instinct remains to work as long as possible [at the travel agents], and conscripts aren't allowed to do any choosing."
He thanks her again for offering to help his parents if he's called away, especially sorting out their finances.
"What a horrid letter! I didn't mean it to be like this at all, but feel I had to write about these things sometimes."