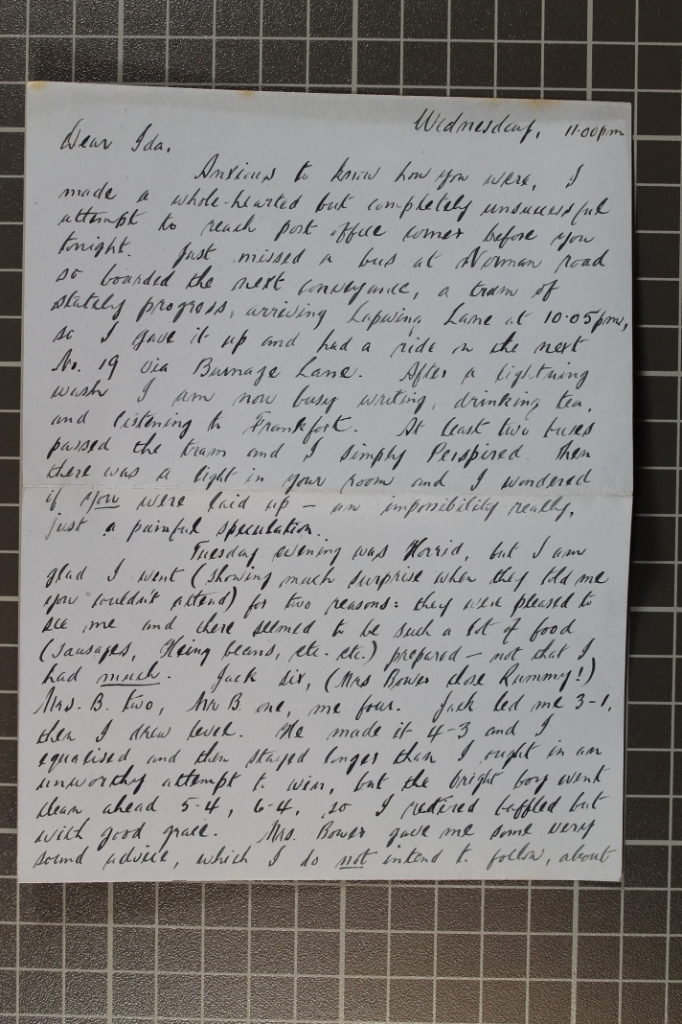 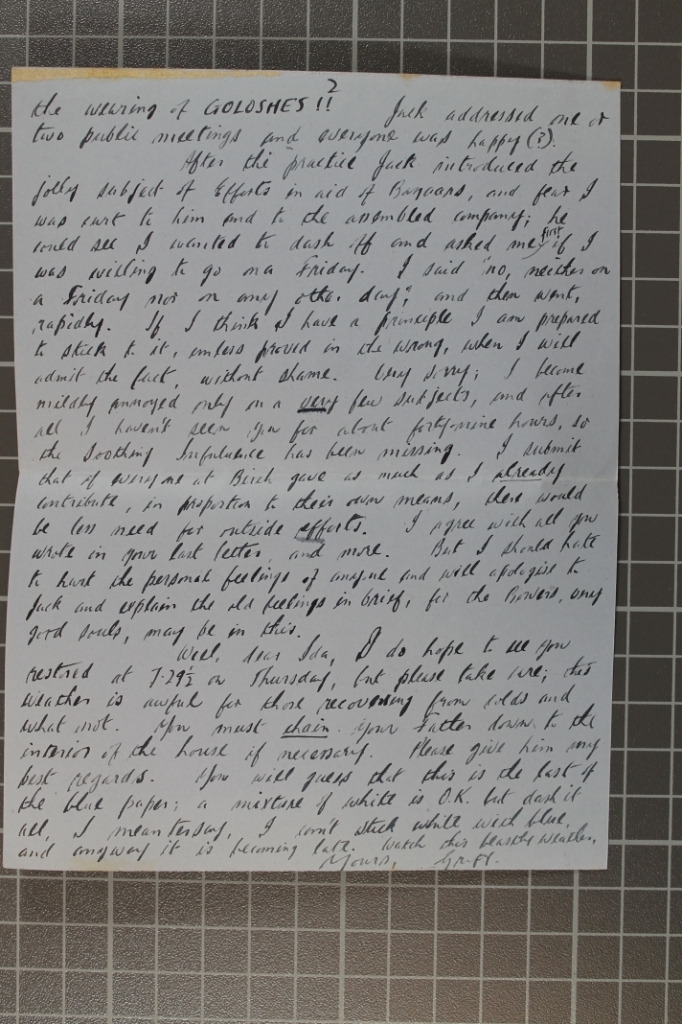 Griff tells Ida that he braved the perils of Manchester's transport system but twas in vain as he didn't make it in time to see her. He suffered "a tram of stately progress" when "at least two buses passed the tram and I simply Perished."
He went to play Rummy with his friends and as she wasn't there the "evening was Horrid" but he had to pretend t be shocked to learn that she wasn't coming. Their secret remains safe. Lovely food, though.
"Mrs Bower gave me some very sound advice, which I do not intend to follow, about the wearing of GOLOSHES!!" He admits he was a bit curt when the issue of supporting Birch church's bazaar fundraiser and refused to participate. "if I think I have a principle I am prepared to stick to it; unless proved in the wrong, when I will admit the fact, without shame." Without her presence he admits that he was a bit hot headed as her "Soothing Influence has been missing." He resents that the other members of the church and choir don't pull their weight in terms of donations, which would have meant "less need for outside efforts."
He advises Ida to "chain your Father down to the interior of the house if necessary" given this "beastly weather."

Part of the #NSM2020 project "A 20/20 Legacy: the centenary of the Northern School of Music" supported by the National Lottery Heritage Fund.
Artefact added : 18th February 2021
by rncmarchives