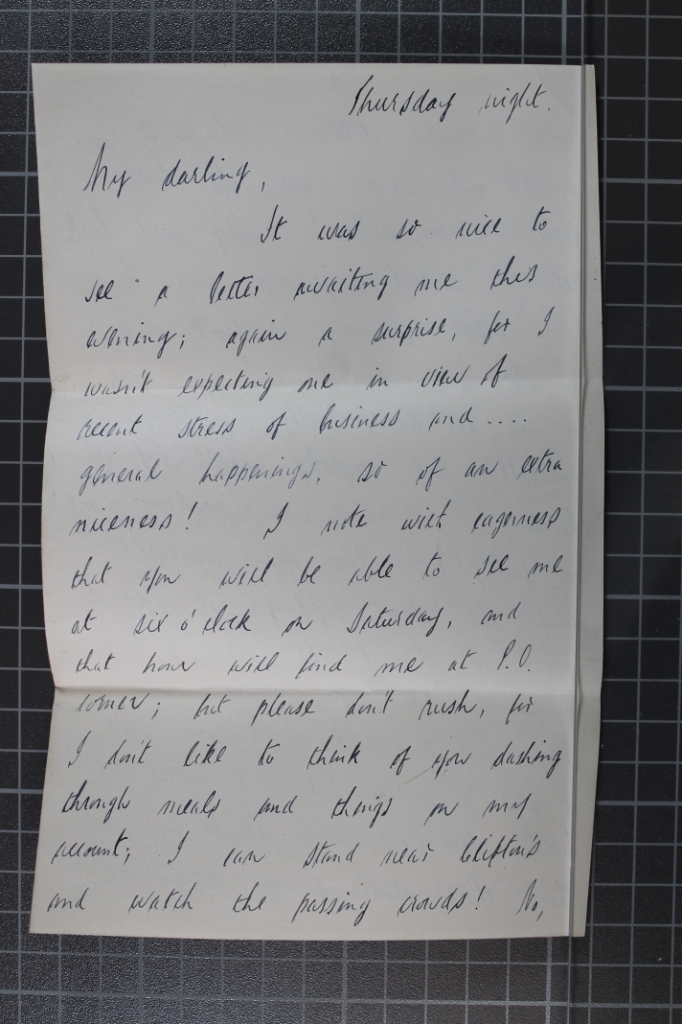 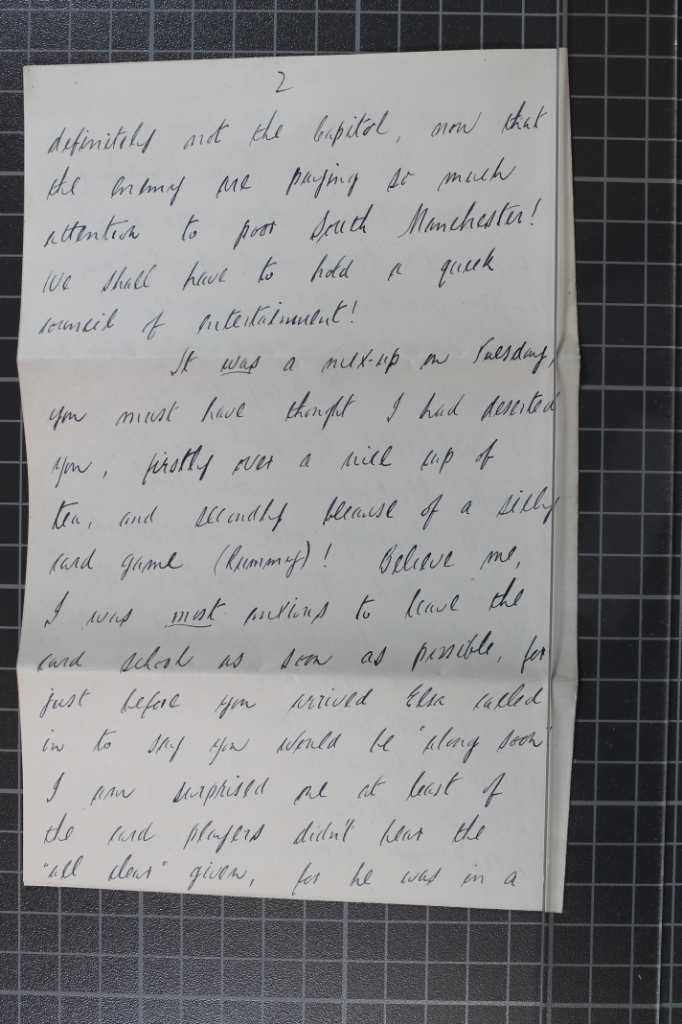 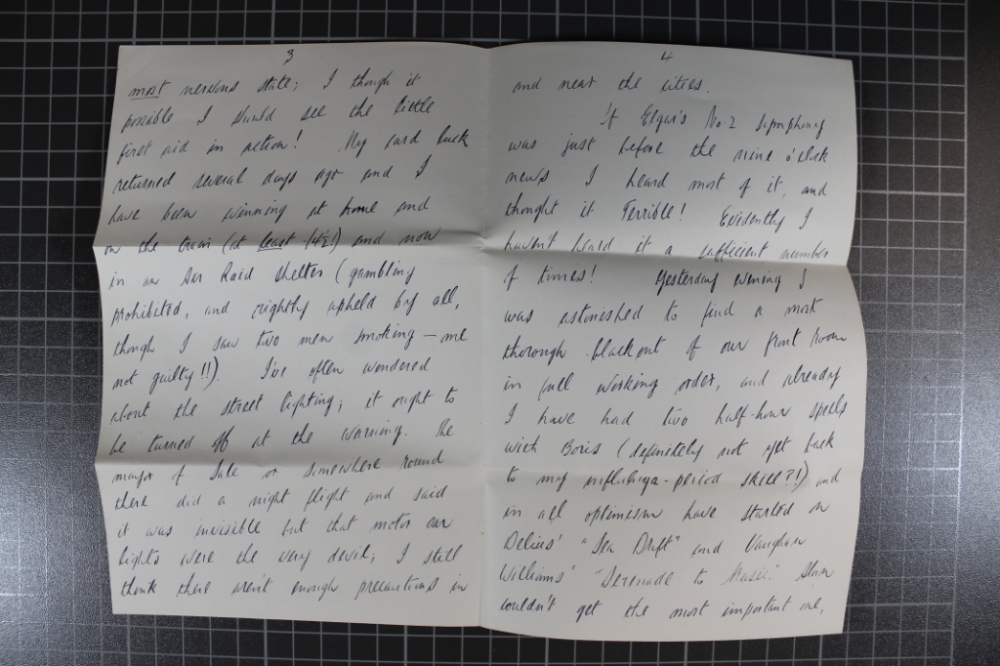 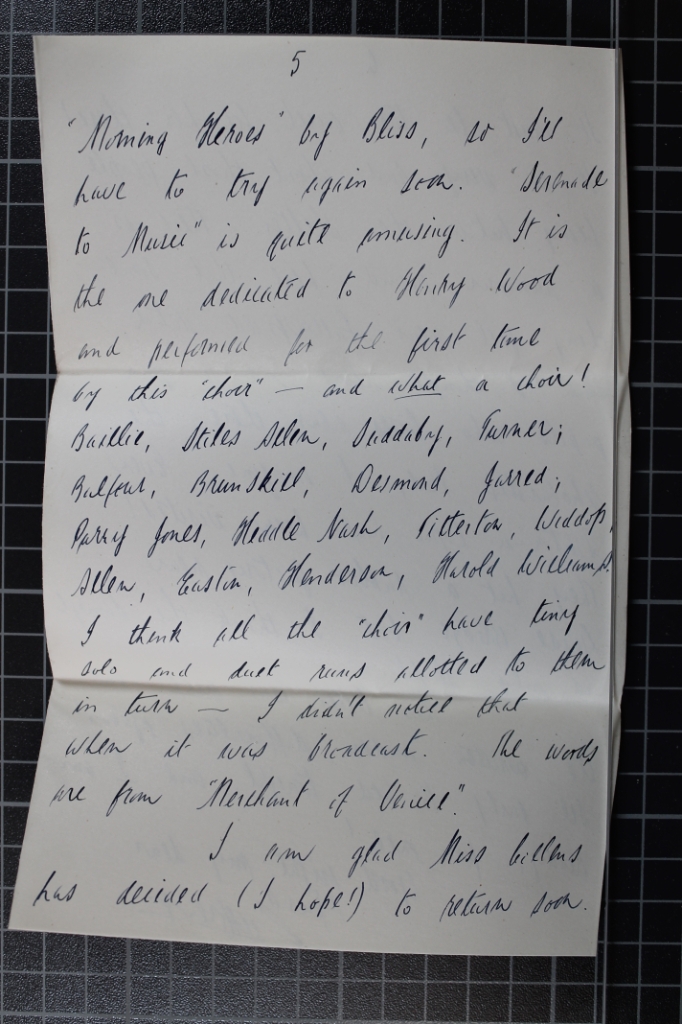 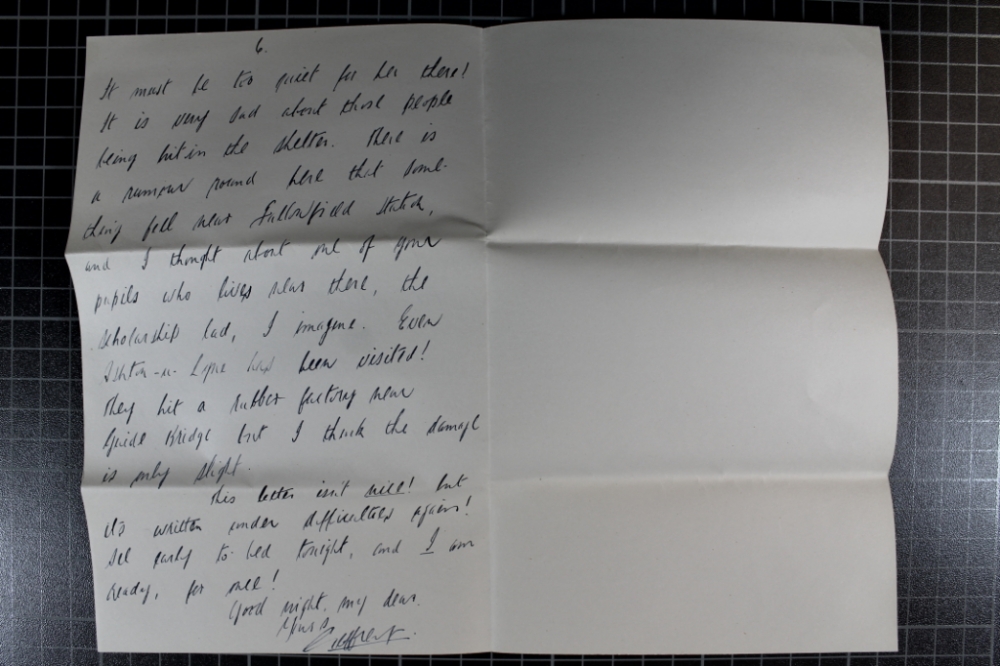 Griff writes to Ida recalculating their past time, cinema-going, in response to war activity. "No, definitely not the Capitol, now that the enemy are paying so much attention to South Manchester. We shall have to hold a quick council of entertainment!"
He's been improving his card game where he can, from trains to the Air Raid Shelters, "gambling prohibited, and rightly upheld by all, though I saw two men smoking - me not guilty!!"
He thinks street lights should be turned off when an Air Raid Warning sounds, "I still think there aren't enough precautions in and near the cities."
He slams Elgar's Symphony 2 but jokingly concedes that maybe he just hasn't listened to it enough times. During blackout protocols at home, he's been practicing on Boris his cello.
He's glad Hilda Collens is returning to the Matthay School of Music.
"It is very sad about those people being hit in the shelter. There is a rumour round here that something fell near Fallowfield Station and I thought about one of your pupils who lives near there, the scholarship lad, I imagine. Even Ashton-under-Lyne has been visited! They hit a rubber factory near Guide Bridge but I think the damage is only slight."