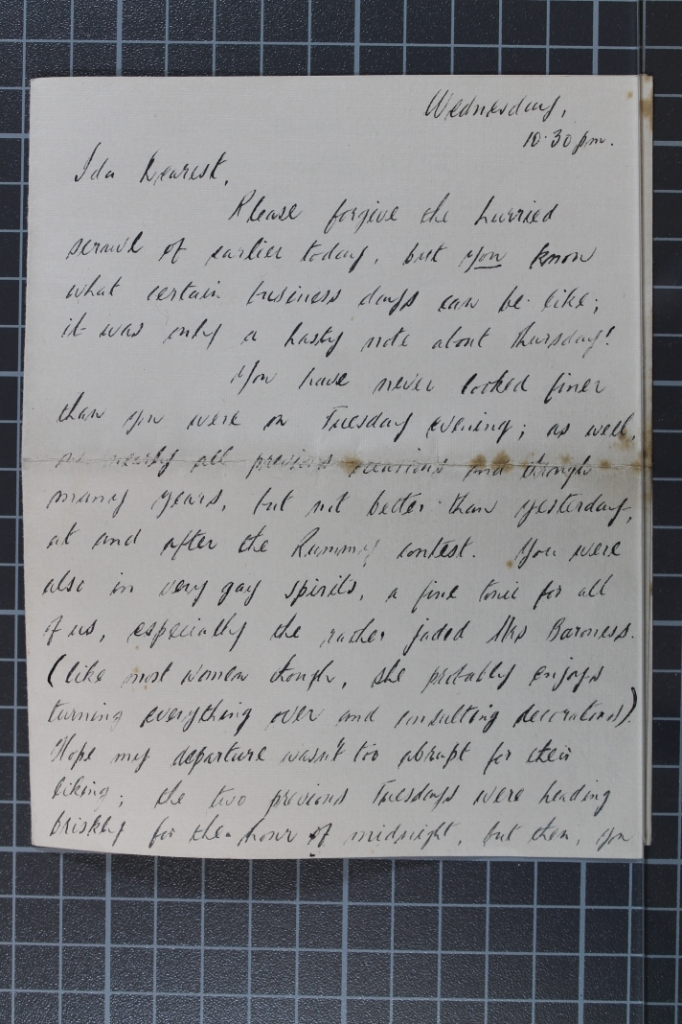 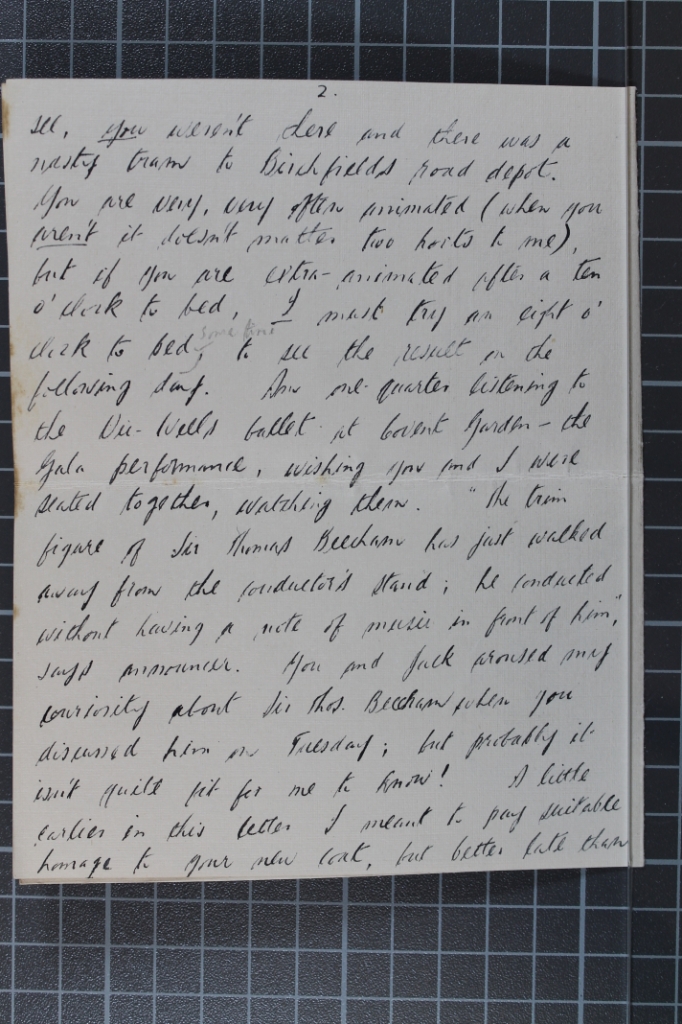 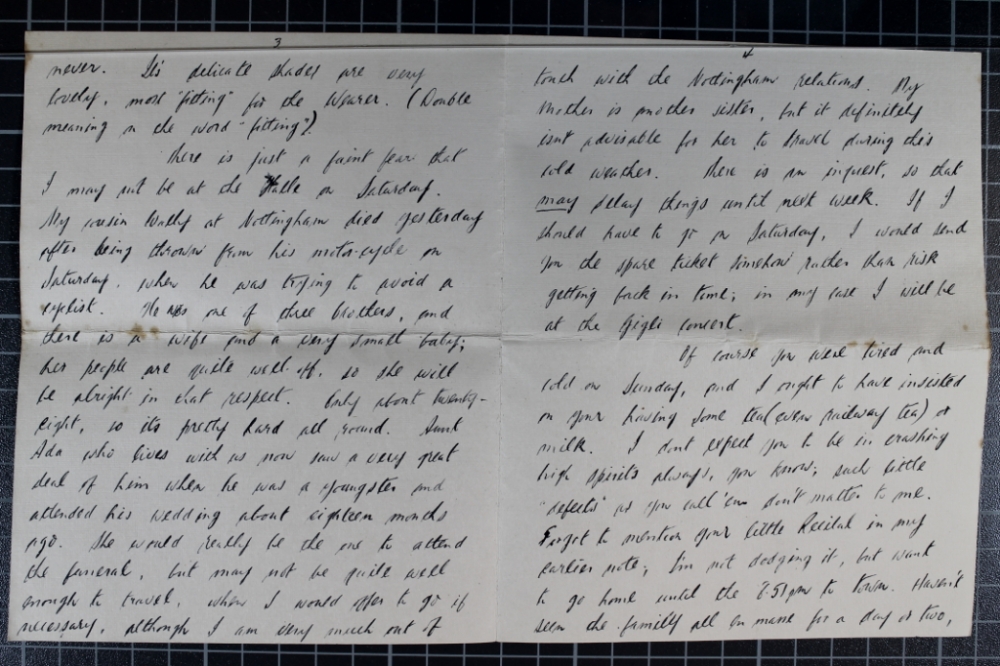 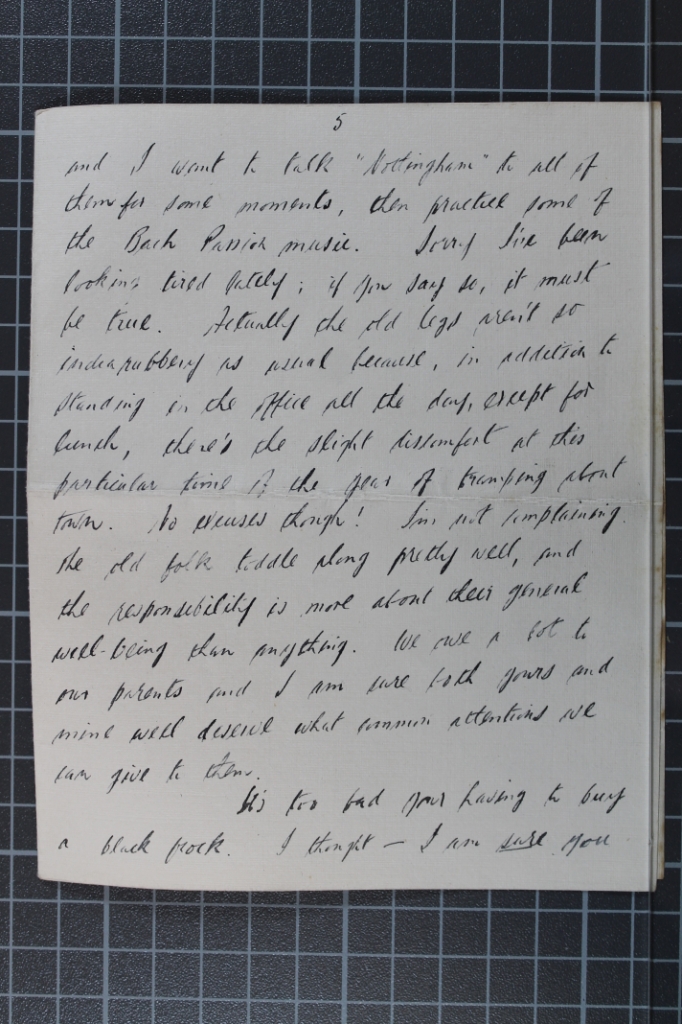 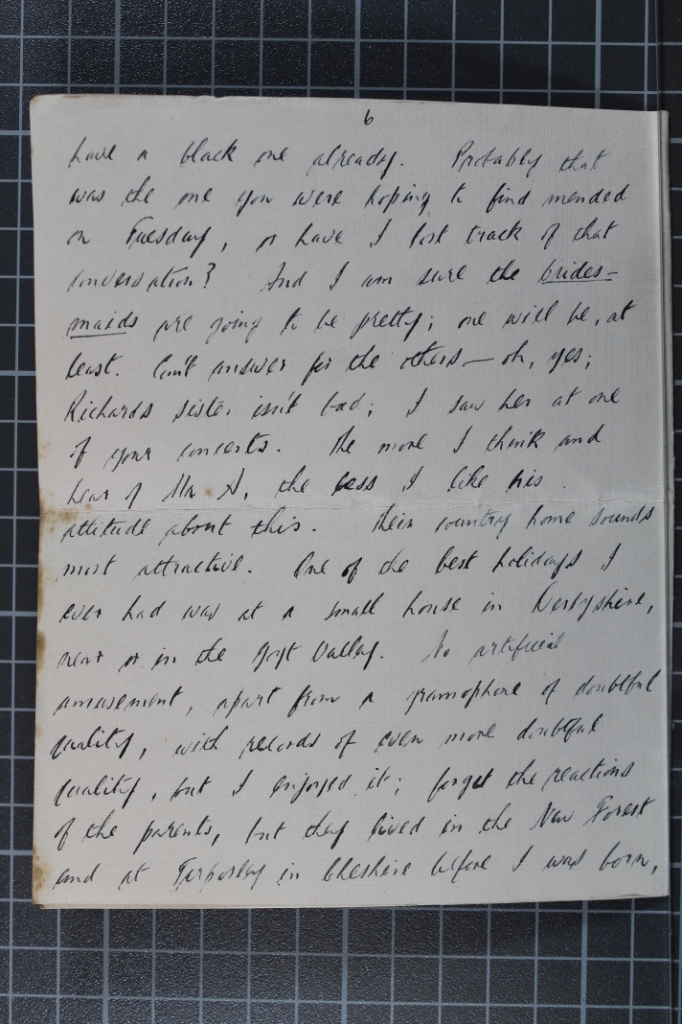 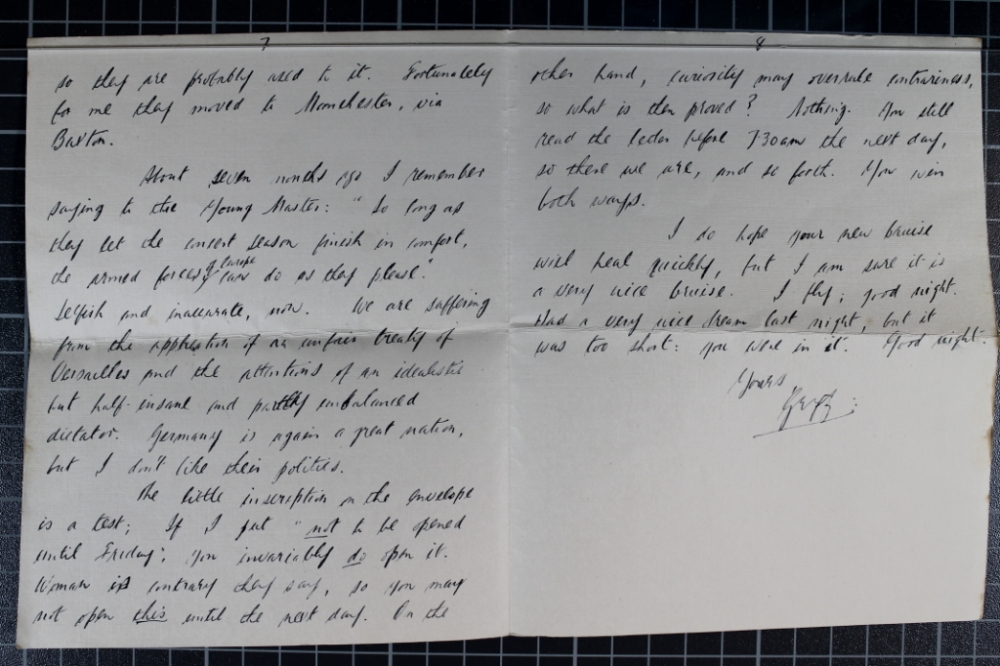 Griff tells Ida how he admired her dress on their last date, "you have never looked finer than you were on Tuesday evening; as well, on nearly all previous occasions and through many years but not better than yesterday at and after the Rummy contest."
He shares some information on the radio concert featuring Sir Thomas Beecham conducting, and he's hoping to go to the Hallé at the weekend.
He relates that his cousin has died and that he doesn't expect her to always be "in crashing high spirits."
Hoping to practice his cello with a bit of Bach and to take his parents out to town.
It sounds like Ida is at a funeral *and* a wedding? Busy busy.
He admits to saying "so long as they let the concert season finish in comfort, the armed forces of Europe can do as they please." He admits that it's "selfish and inaccurate, now. We are suffering from the application of an unfair treaty of Versailles and the attention of an idealistic but half-insane and pretty unbalanced dictator. Germany is again a great nation, but I don't like their politics."