Other
The Electric Circus
14th February 1978 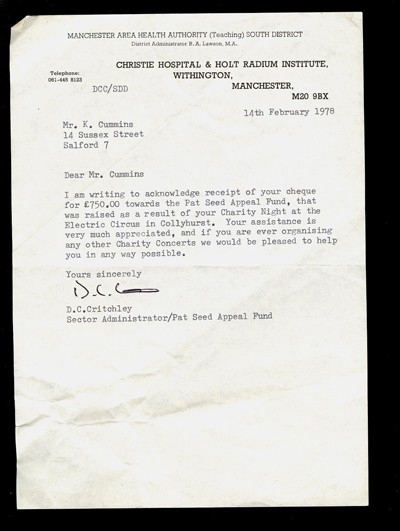 "The last weekend of The Electric Circus (Oct 77) - as well as being a farewell to the old place- was in aid of Manchester's then favourite charity: The Pat Seed Scanner Fund.
It took the owners of the Circus several months to cough up. We finally presented the cheque to Christies hospital in January '78. (Ian from The Worst and Pete Shelley, made the presentation.)
Needless to say, the cheque bounced. The police never recovered the money. Manchester's punks were the scum of the earth for bouncing a cheque on a charity..."