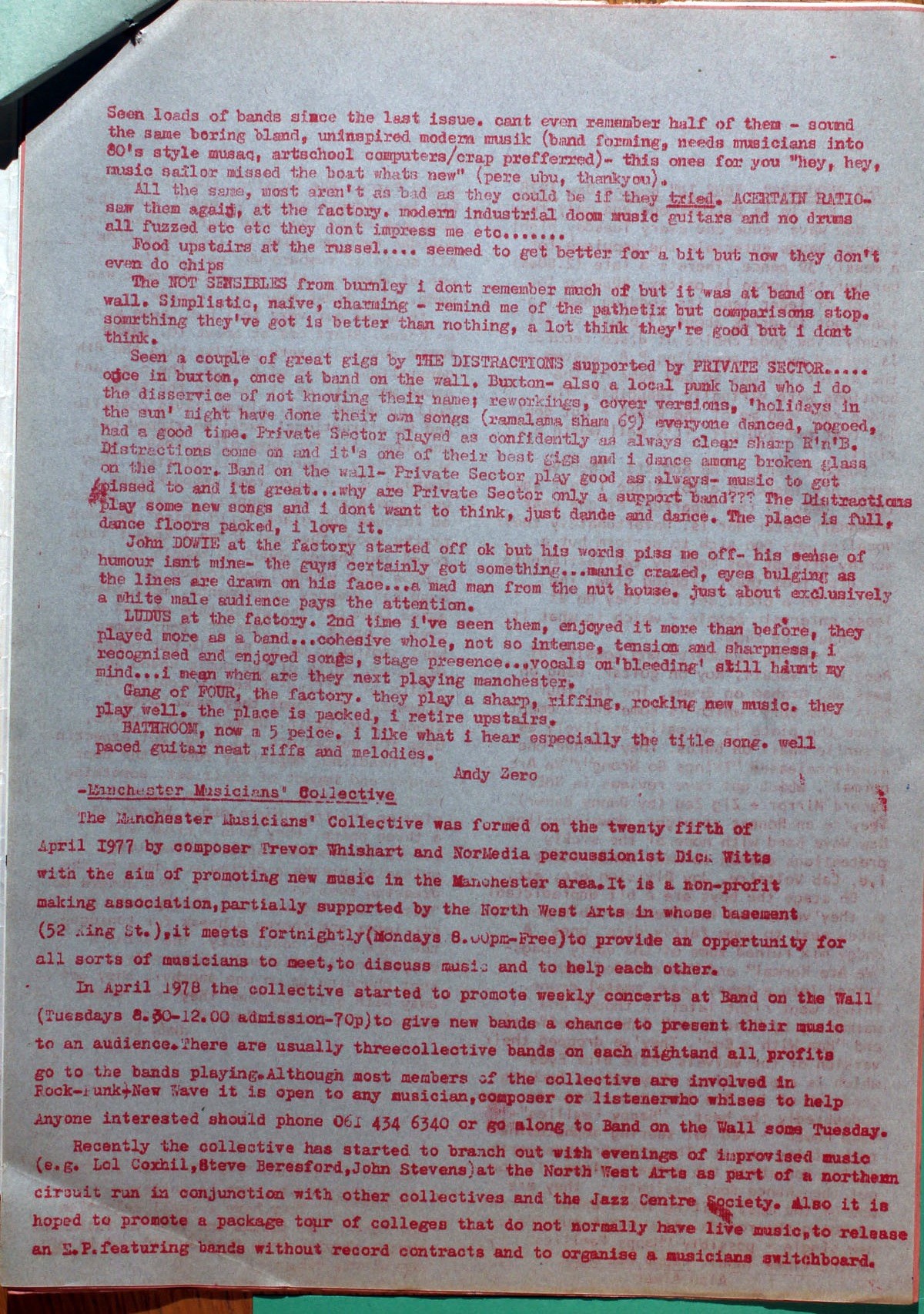 David Wilkinson Says –
The promotion of the Manchester Musicians Collective is another sign of the values of City Fun â€“ a non-profit organisation funded by the Arts Council which gave new bands like The Fall and Joy Division the opportunity of rehearsal space, shared equipment, gigs and mutual encouragement. Itâ€™s interesting that it hosted Steve Beresford and Lol Coxhill of the London Musicians Collective, joining the dots between two cities where post-punk, the avant-garde and collectivist politics came together; â€œbird noises and a socialist brass bandâ€ as Mark E. Smith described the line-up of The Fallâ€™s first gig. Down in the Old Smoke, Scritti Politti hung out with the LMC and Steve Beresford would eventually join The Slits. Lol Coxhill, the eccentric saxophonist who played with various Canterbury Scene bands, is also evidence of the hidden continuity between punk and the hippie counterculture.
If you'd like to leave a comment, please Login. Login
Manchester Digital Music Archive is licensed under an
Attribution-NonCommercial-ShareAlike 4.0 International License.
Charity no. 1164179
Our archive currently contains 3608 Bands, 704 DJs, 1320 Venues, 218 Industry Professionals and 19567 artefacts contributed by 3530 members.