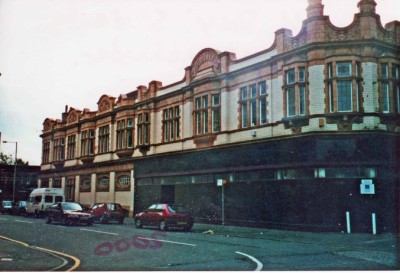 Cavendish House
This was my all time fave venue it was the Manchester Poly students union until about 1981. Friday night rock disco was a must and they had tons of great bands on. The Photo was taken in the year 2000 I think but it didn't look much different to back in the day. I hope it is still there.
Ps is there an IT wiz that can merge "Cavendish" "Cavendish House" and "Manchester Poly" items together
Artefact added : 16th October 2012
by abdom

dubwise-er Says –
I'm with you on that one Abdom;probably me fave place from my youth, with The Old Conti and a bit later Legends not far behind.It was more like a social thing really and often the bands were just part of the night's entertainment rather than it just being about them.Of many of the bands I know I saw there quite a few I don't really recall 'cos we'd be up the back near the bar area having the craic and often not paying that much attention to the bands.Well it was more about having a good night out really....The odd time you were skinters or couldn't get in you could get a couple of crates/ bins,stand in that entry where that red car's parked and watch through the window;not quite like being "at" the gig though.Before I ever started going there,round mid '77, older hippy types used to also call it The Art College,maybe 'cos skinning up was considered an art form.It's defo still there though and I think it's used by the council as an archive for old photos 'n that. 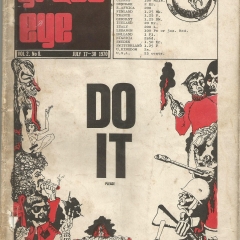 redmist Says –
You could also climb in through the window of the ladies toilet, provided you gave due warning !!
If you'd like to leave a comment, please Login. Login
Manchester Digital Music Archive is licensed under an
Attribution-NonCommercial-ShareAlike 4.0 International License.
Charity no. 1164179
Our archive currently contains 3831 Bands, 752 DJs, 1454 Venues, 303 Industry Professionals and 29438 artefacts contributed by 3986 members.