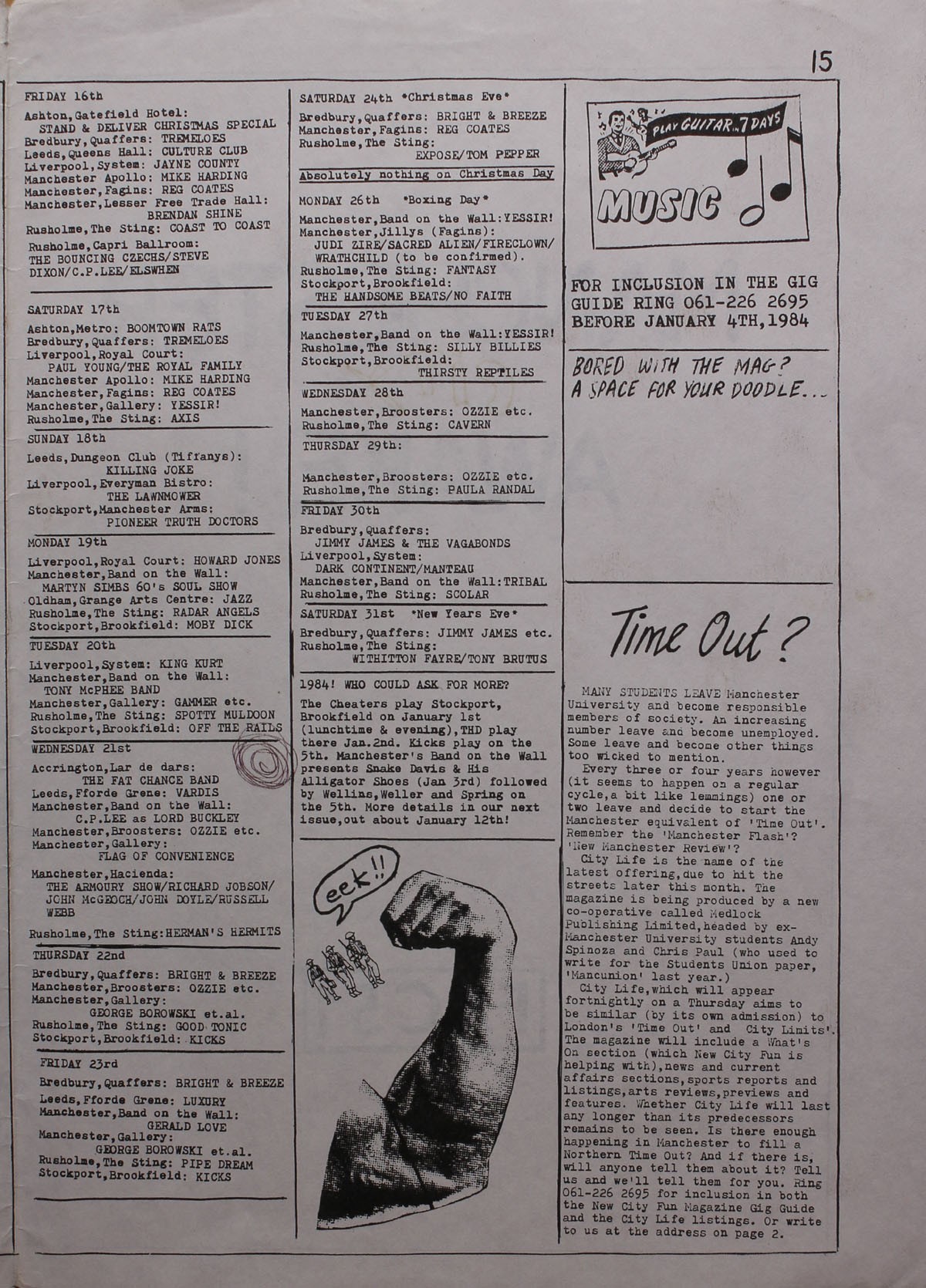 David Wilkinson Says –
With hindsight, there is a kind of poignancy in one of the last issues of City Fun featuring news of a new Manchester listings magazine called 'City Life' which, like its predecessors, may succeed briefly then fizzle out. In reality, City Life went on to run in physical form for twenty-two years and still has an online presence. At least for its first nine years it essentially took up where City Fun left off, with its co-operative structure and mixed coverage of music, arts and politics.
If you'd like to leave a comment, please Login. Login
Manchester Digital Music Archive is licensed under an
Attribution-NonCommercial-ShareAlike 4.0 International License.
Charity no. 1164179
Our archive currently contains 3796 Bands, 743 DJs, 1432 Venues, 294 Industry Professionals and 28239 artefacts contributed by 3896 members.