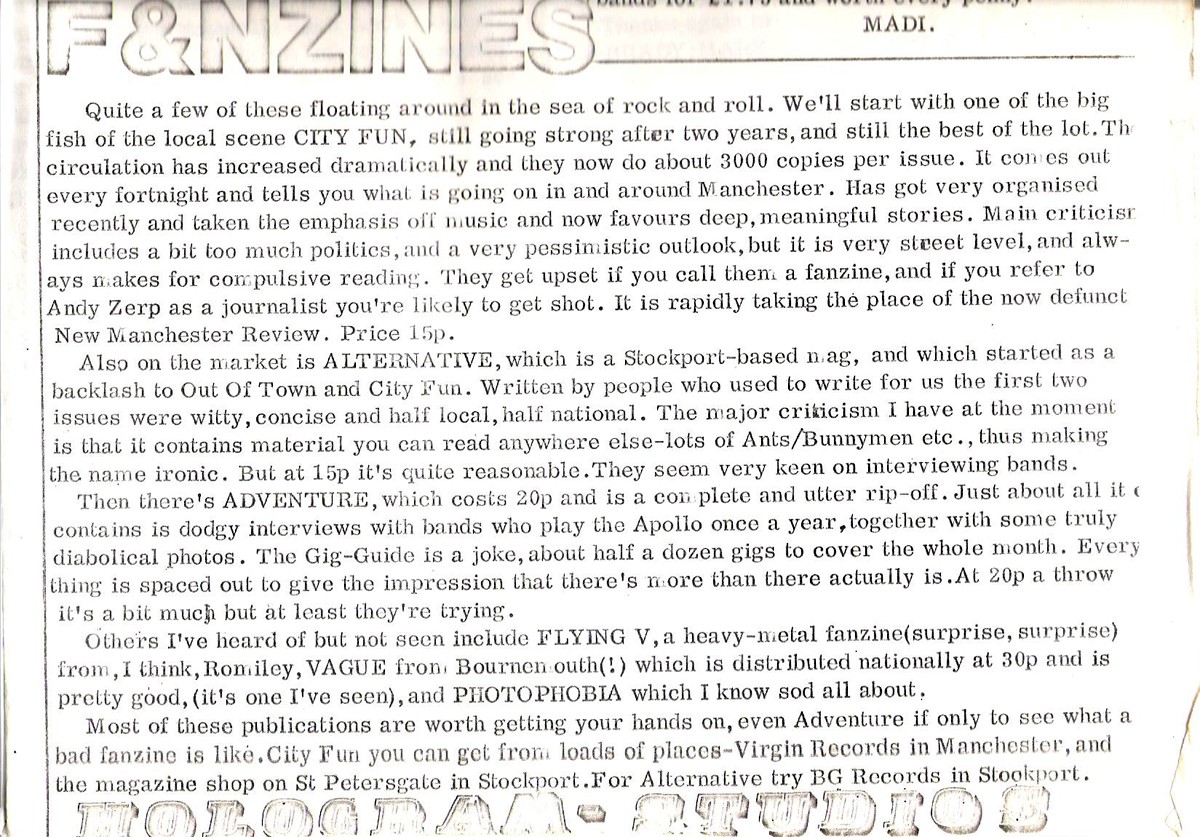 I used to edit a Stockport fanzine called Out of Town which was a contemporary of City Fun Volume 1. This is an article on "Fanzines" from our final edition of March 1981 which contains a few comments on City Fun. I remember the lads who ran it - Andy Zero, Neil and co. The original intention was to print an interview I did with 2 or 3 of them in the Circus Tavern (or it may have been the City Inn) but we got so plastered I managed to lose the notes I made on the 192 home. I think the article on fanzines replaced the intended interview.

Towards the end we had a lot of problems with printing (it was a free mag) and the last couple of editions were actually printed by City Fun. One of their dads used to work in the financial part of Manchester (Neil, I think, if he was the one from Glossop) and we would sneak in at weekends as he had a key and use their photocopier. Fanzine culture was like that then - most of our paper came from punks who'd pinch it from work. City Fun was without doubt the yardstick all the other contemporary fanzines used to judge themselves by. Good times.