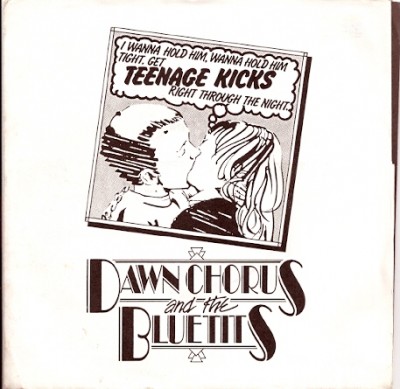 Yes I know that they were formed in Leeds but Rochdale's Liz Kershaw finally makes it into the MDMA.

This was the first of three singles from Liz (Dawn Chorus). I never believed the story that Carol Vorderman was one of the Blue Tits but after hearing a chat between the two on Liz's BBC 6music show it turns out to be true. Carol was in the original line up but had already left by the time Teenage Kicks was recorded.

In true Countdown fashion this is "one from the top". I would normally say a big NO to releasing a cover of Teenage Kicks - is there really any point? However this works really well and is up there with my favourite covers of all time. Imagine the Andrews Sisters replacing Feargal Sharkey in the Undertones...