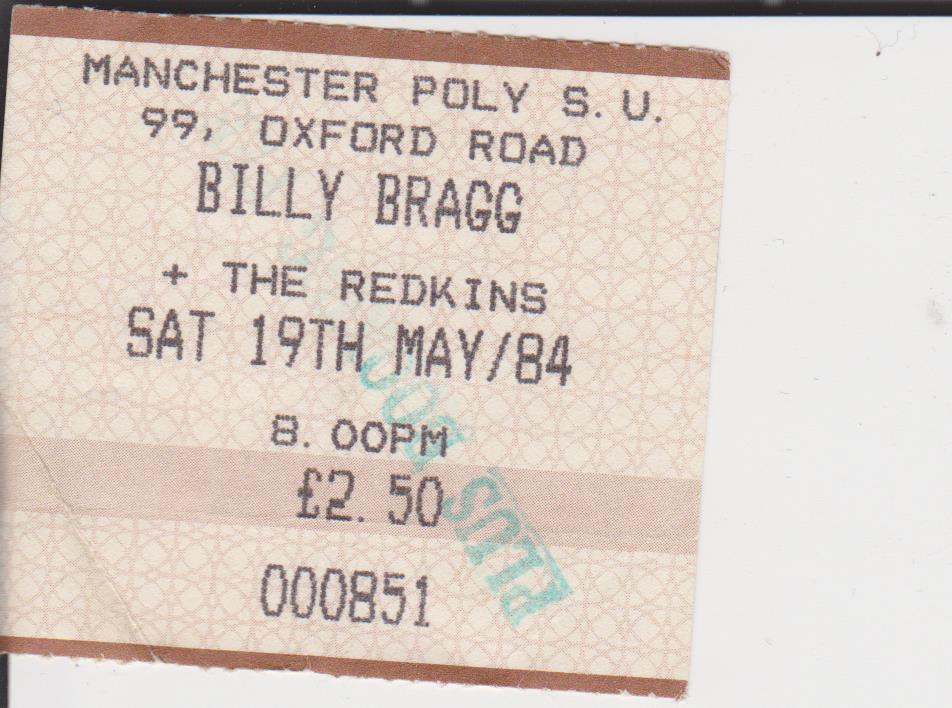 Another Excellent Billy Bragg concert supported by The Redskins.
This could well have been a Miners benefit gig. It wasn't unusual for the young Mr Bragg to have collection buckets passing through the crowd at these gigs. This goes back to when bands were political and the crowd would be happy to support the cause. These two artists were regularly touring together and while they had very different sounds they worked brilliantly together.

The Redskins would famously bring a striking miner on stage with them during an appearance on the Tube and engineered it so that they had a break in the music, on the premise that the band was being introduced but in reality it was to allow the miner to make a short speech on live TV. Strangely, the mic being used went down and nobody heard the message. The Tube maintained this was not censorship but either way it helped highlight the protest as producers were giving interviews for days after, claiming they hadn't turned the mic off.
Artefact added : 28th September 2013
by Stussy