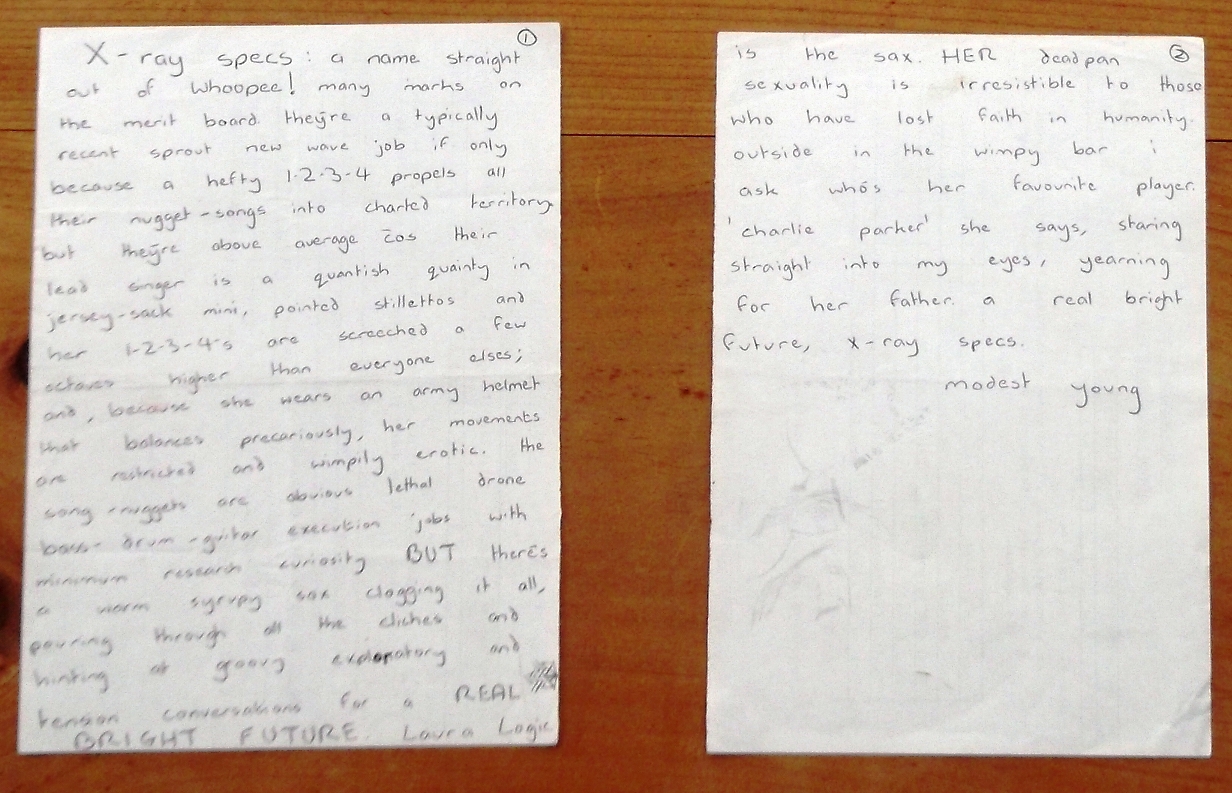 Original handwritten article on X Ray Spex for Ghast Up 3 by Modest Young aka Paul Morley. Paul apparently used the nom de plume Modest Young after Julie Burchill described him as a 'modest young man' in an NME review of his Out There fanzine. When it was eventually published he asked to be called Severn Upp, which he claimed was his favourite drink.

If anyone is interested this item is for sale at Big City Books for £100, described as an, 'Original holograph live review of X-Ray Spex'.
Artefact added : 12th October 2013
by Martin Ryan