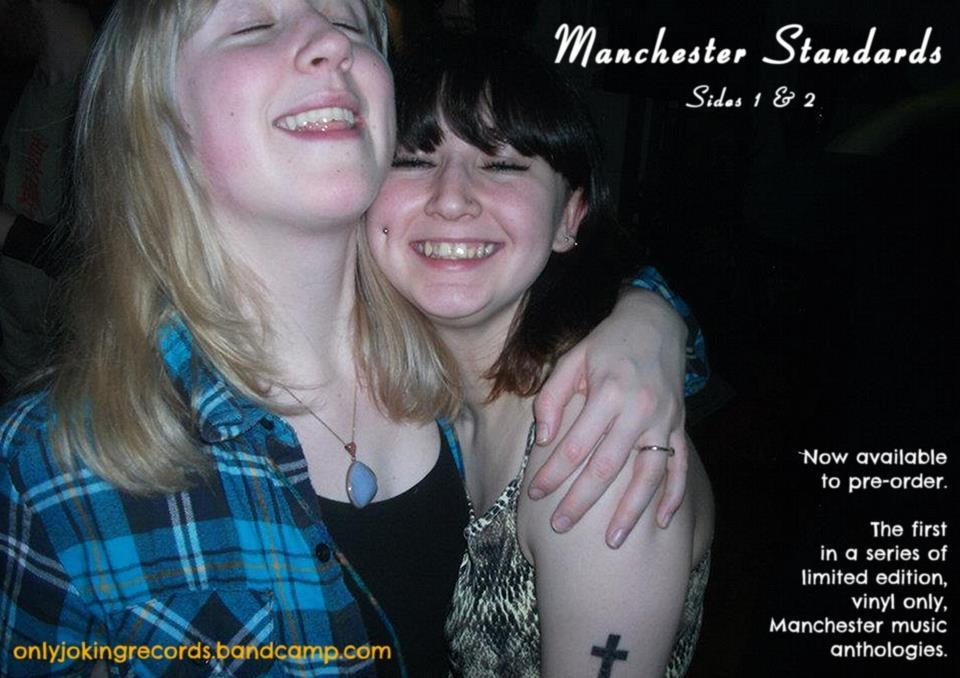 "After facing a barrage of delays over the last few months, mainly in establishing the fledgling label ‘Only Joking Records’ as a working concern in the city, and not just a grimly soporific vanity project like so many others; ‘Manchester Standards’ has finally settled upon a release date for the first anthology of its run… ‘Sides 1 & 2'.

Devised as six sides of the finest contemporary, broadly Mancunian music; an exciting prospect now awaits. Label Founders Jonny and Tom were delighted, and relieved, that every band that they approached for the record was happy to talk to them about releasing some of their most well known music. Hence the title… Manchester Standards.

The intent being that the LPs serve as artefacts and reminders of just how artistically fruitful Manchester has been in recent years. As a result, each side of the series has been put together with a view to reflect an aspect of the burgeoning band scene, for example…
Side 1 more established DIY bands, Side 2 bands bring the ruckus!… in the main.

The first LP is a limited edition run of 250 copies, vinyl only, and featuring a David Bailey art print! The emphasis upon its release is in getting word out beyond Manchester, about what is happening in an amazingly creative city… something very special, in OJ Recs’ opinion.