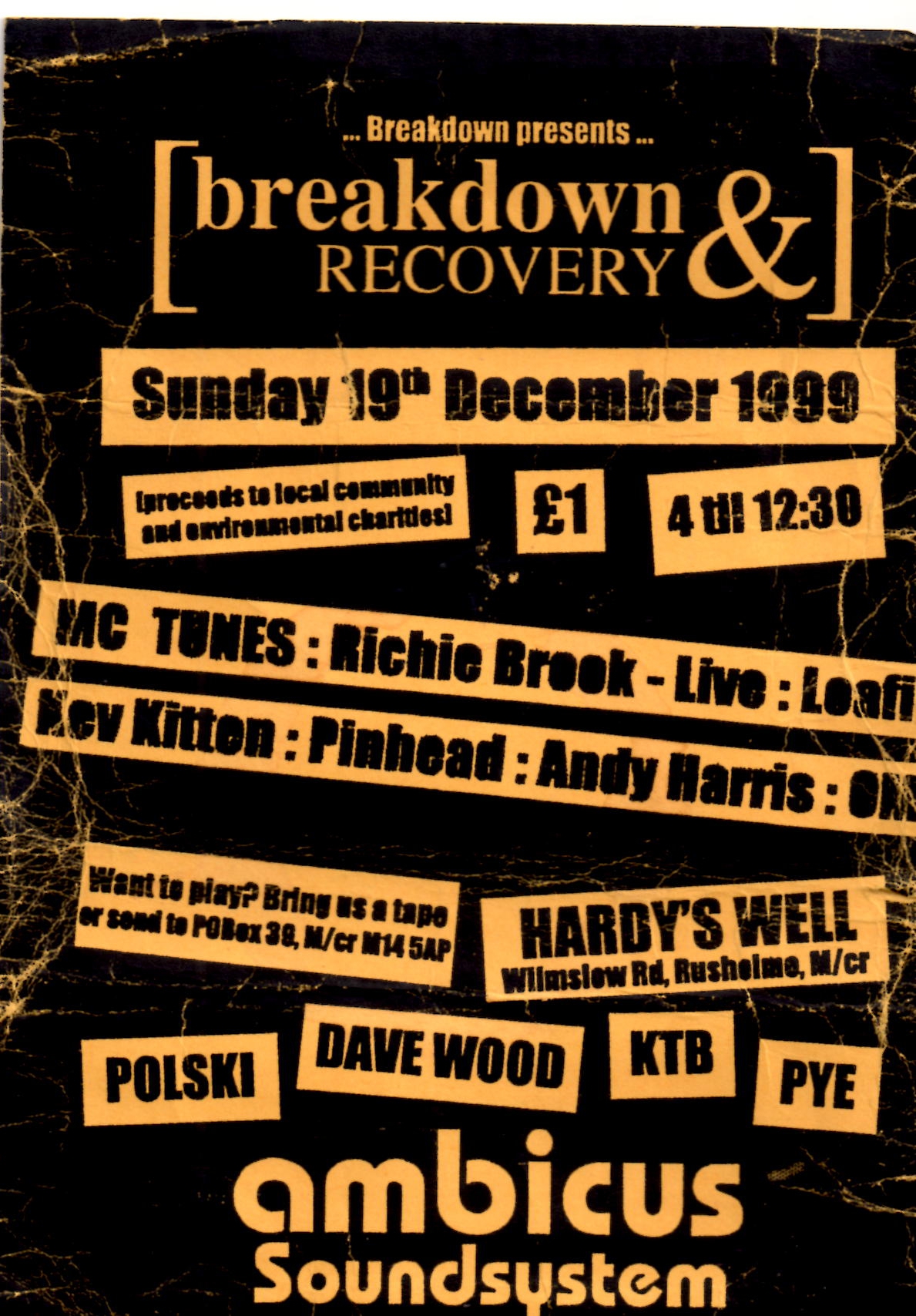 The regular Sunday session at Hardy's Well for the ex-student jungle and breaks community, where proceeds went to charity.

Me and a mate were on the door for the last one... it was the last one because we decided it would be unwise to argue with the Salford crew who turned up and told us, quite assertively, that Hardy's Well was now their pub, and once inside decided to stamp their new authority on a few punters. Shame really - it was always a great end to the weekend.
Artefact added : 16th October 2013
by fowler