Ricky And The Spitfires
Original Artwork
1975 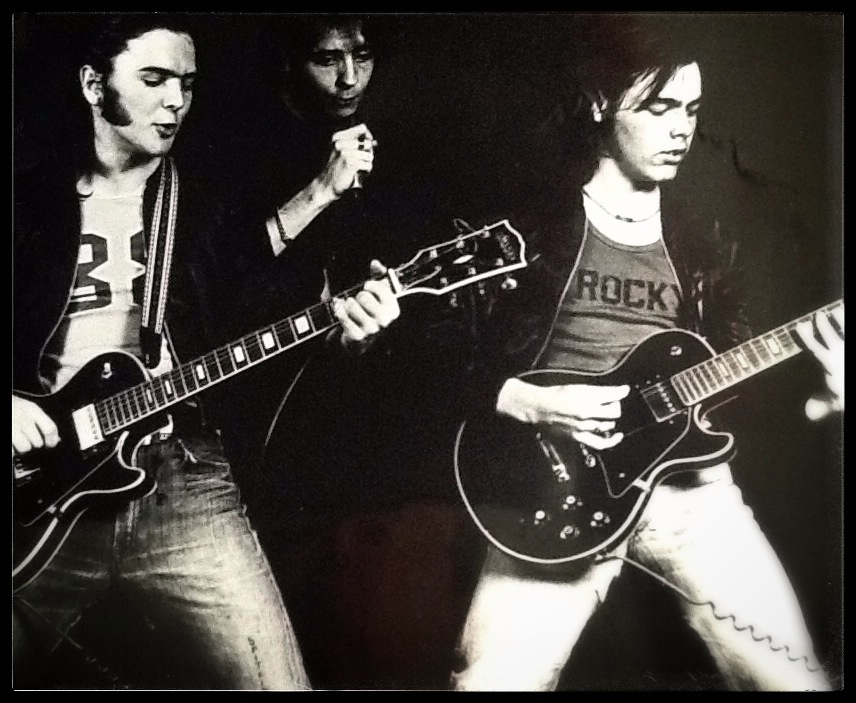 Pars Says –
Did someone called Nigel ever play with the band ?

pdgreenwood Says –
Yep, Nigel was the drummer from Wolverhampton who played till the band split up

Peter Berry Says –
I suppose no band archive would be complete without everything. Remember Dave Arnold met a club drummer while he was working part time at The Hare & Hounds pub in Holcombe Brook, probably while in his last weeks in 6th form. At that time the band was without a drummer with a gig at Tottington Conservative Club coming up? This was very early days, around 1974. The club drummer joined a single short practice session at a house in Tottington before joining the band for the gig - which, shall we say, on the night didn’t turn out as well as it could have done, and was their one and only together as a result. This was probably due to the drummer only having (several years) experience of accompanying dowdy Hammond organ around the local clubs. His kit was a little antiquated too and he was dropped in the deep end with a fabulous up and coming group performing all the rock n roll era hits. That drummer would be me :-)

Peter Greenwood Says –
Everything you say was spot on. I also worked with Dave for a time at the Hare & Hounds ( aka The Fluffy Dog) and it was at our house in Quakersfield where we practised. I founded the group with Dave when we were in music class together at Bury Grammar School. I left them after several years as a pro band & later formed "D Notes" with Peter Mulvihill, Jane Mulvihill & Peter Barratt ( also on this archive site)
If you'd like to leave a comment, please Login. Login
Manchester Digital Music Archive is licensed under an
Attribution-NonCommercial-ShareAlike 4.0 International License.
Charity no. 1164179
Our archive currently contains 3693 Bands, 736 DJs, 1348 Venues, 241 Industry Professionals and 23343 artefacts contributed by 3710 members.