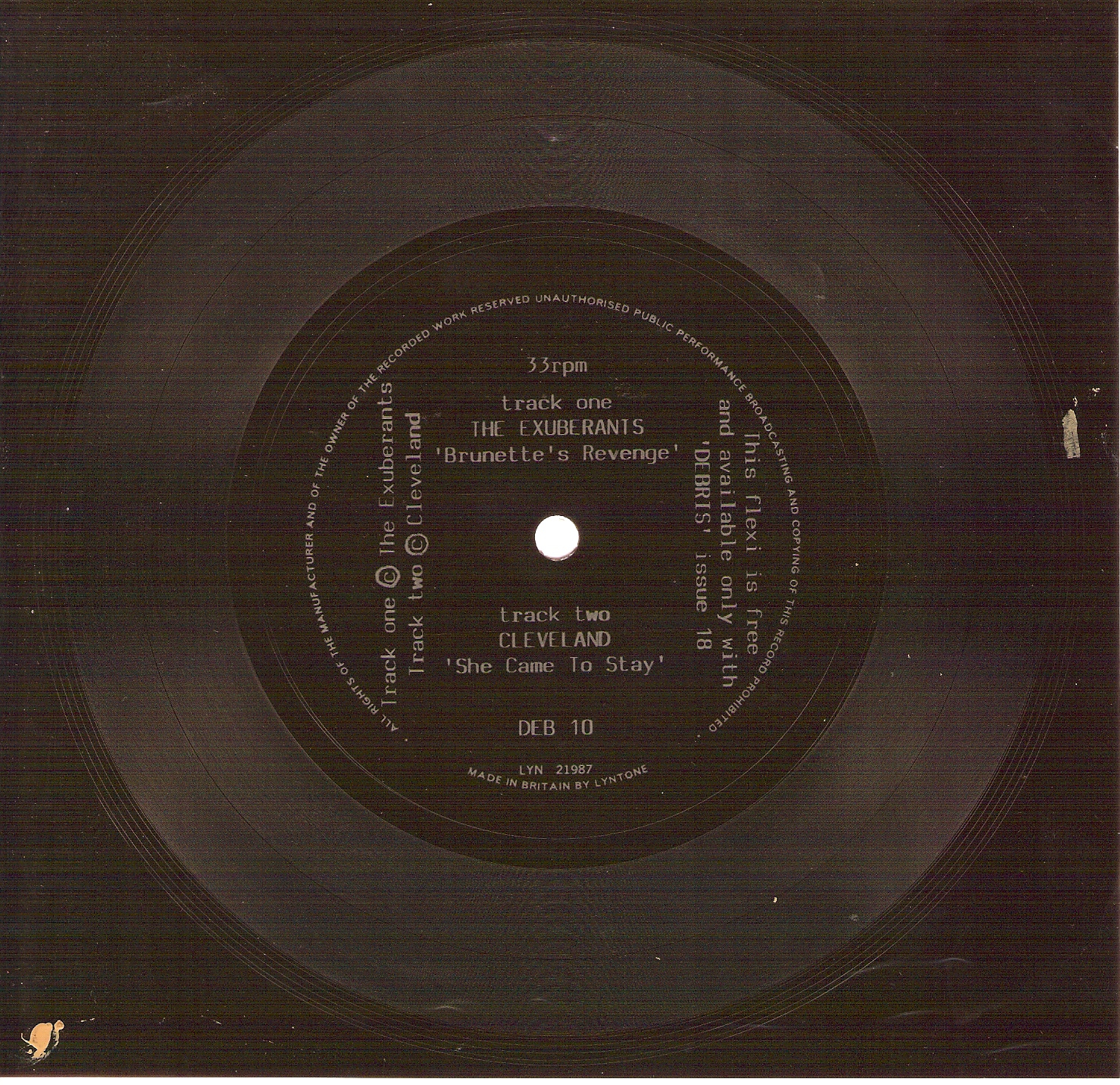 This is a flexi disc record that was given away with Debris fanzine number 18. I believe it is from 1988 but it could be 1989.

Tracks featured: 'Brunette's Revenge' by the Exuberants and 'She Came To Stay' by Cleveland.