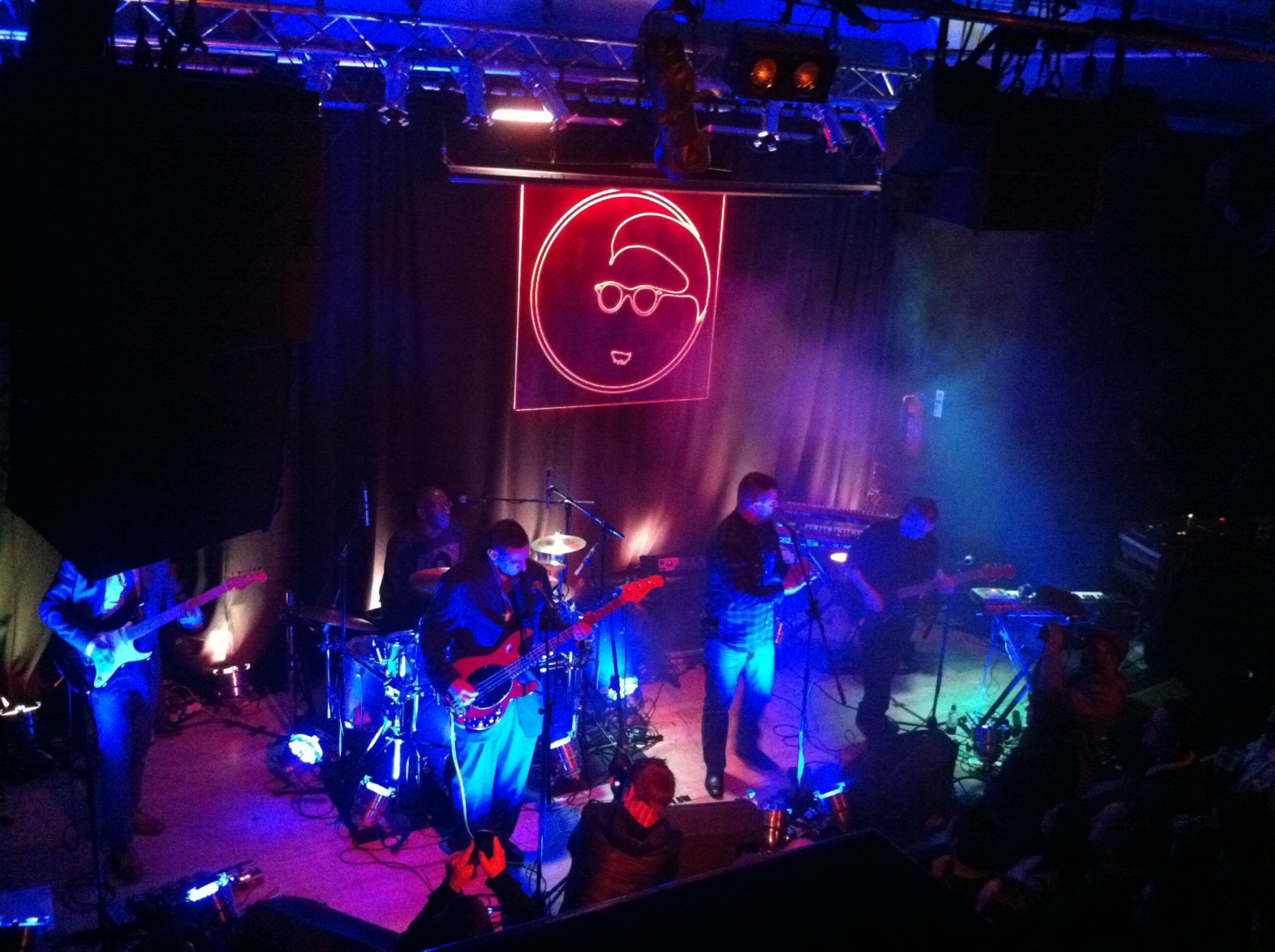 This is a photograph I took from the balcony at the ACR gig - their 33 1/3rd anniversary.

This is the second night of two gigs they played at the venue.
DJ Hewan Clarke played support.

A Certain Ratio played two sets with a Q&A session in between. The line-up of the band changed as the evening progressed. This photograph details the band during the first set featuring the original line-up - left to right....Martin Moscrop, Donald Johnson, Jez Kerr, Simon Topping and Peter Terrell.
Artefact added : 3rd November 2013
by dave