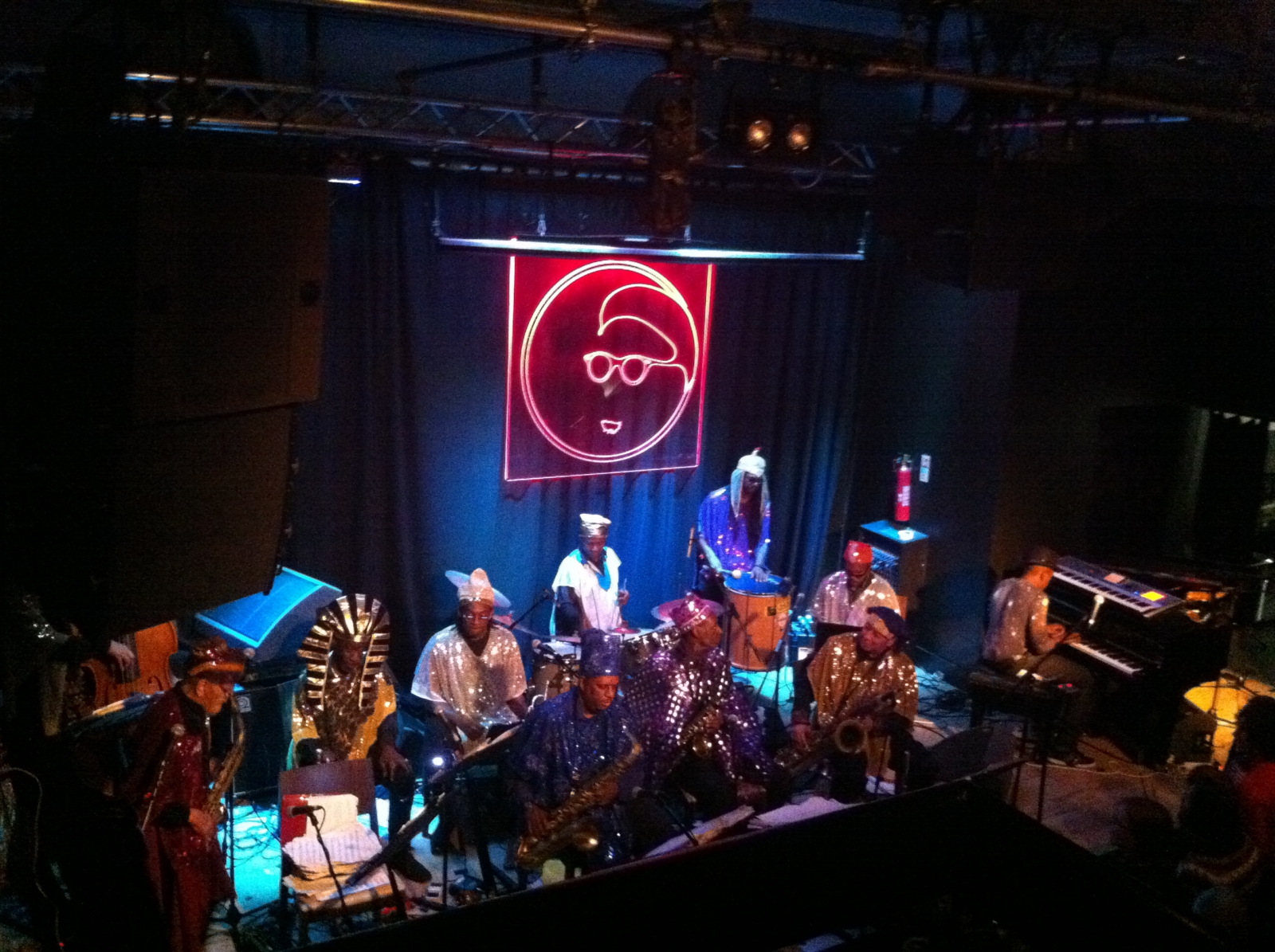 This photograph was taken at the Sun Ra Arkestra gig in 2011.

The legendary Arkestra is now led by alto saxophonist Marshall Allen, who was 87 years old at this gig in 2011. He has been with the band since 1957.

Many musicians have passed through the band over the years including Don Cherry, John Gilmore, Clifford Jarvis, Julian Priester, Pharoah Sanders and Alan Silva.
Artefact added : 3rd November 2013
by dave