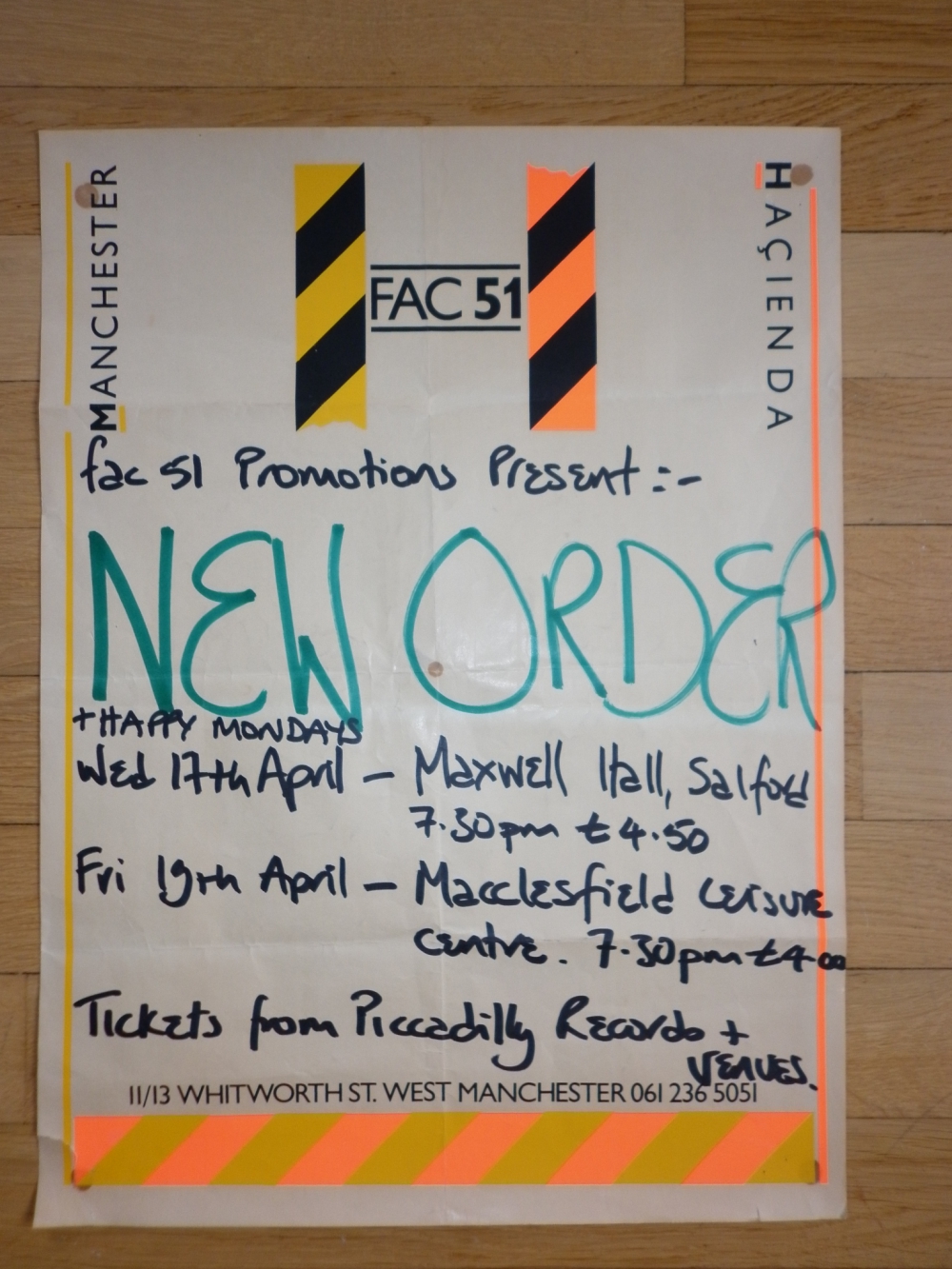 I got this poster from one of the notice boards inside the Hacienda at the time, typical Factory it was hand written with no exact dates on it, the gigs were in April!! I think it may have been the first couple of shows as a Factory band for the Mondays and being the support for New Order meant it was good crowds at both shows.
I seem to remember the Macclesfield leisure centre one being pretty rowdy and most people there being worst for wear. It was like a load of lads had descended on Macclesfield from trains from Manchester kind of looking similar to each other, but very different from the local lads.
The Mondays were excellent and had only played a few concerts up to then. New Order, being a bit of a home town gig for two of them were great too.
It was a difficult one to get home from though I think we missed the last train back into town and crashed on Macclesfield station until the first train in the morning! Happy days!
The poster was on me and our kids bedroom wall at my mum and dads house for years you can still see the blue tack marks on the corners!
Its now lovingly framed on my wall at home.
Artefact added : 9th November 2013
by Sully67