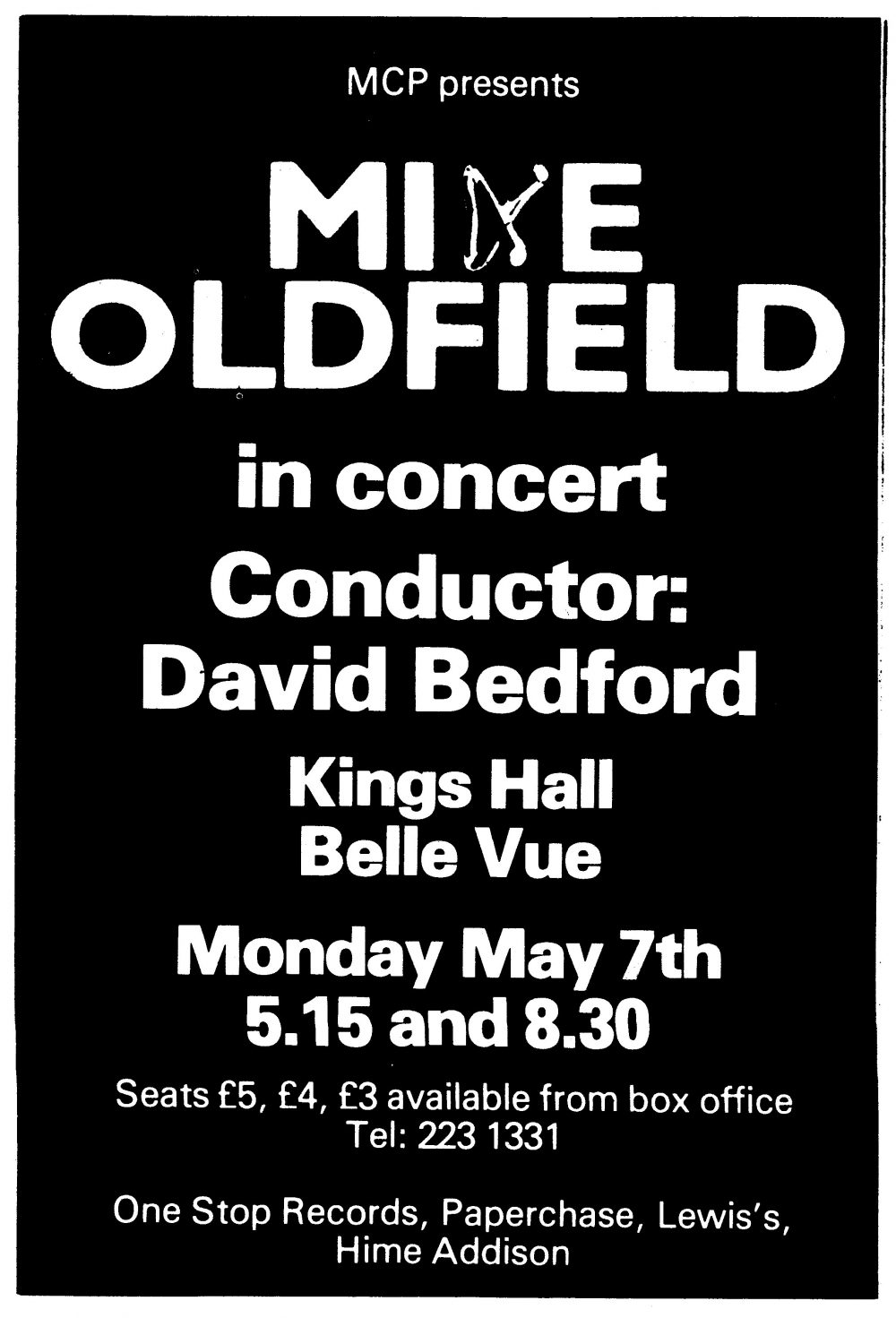 David Bedford conducted the orchestra for many of Oldfield's shows, the two having met whilst working with Kevin Ayres several years earlier.

Among the 30 plus musicians featured on this tour were Gong's Pierre and Benoit Moerien and vocalist Maddy Prior.