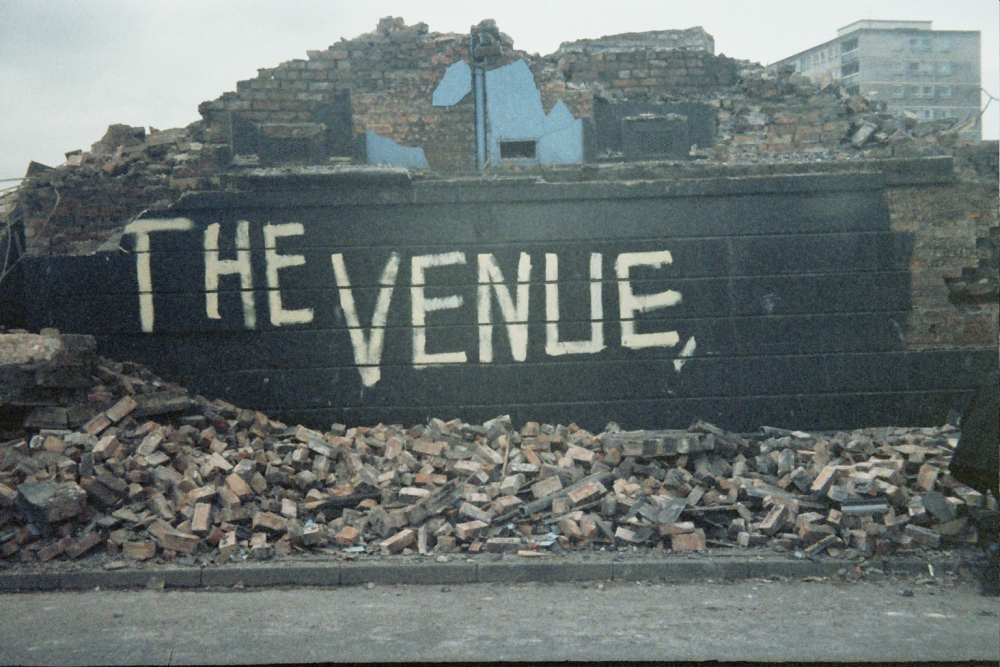 I took this photo sometime late 1977 (I think). I had been away from Manchester for a few months and was passing the site of the Electric Circus which was being demolished so I took the photo as a memory of many great nights spent there but, as it shows the name being used was The Venue.

Can anyone confirm that this makes sense or has my memory finally started to go awol.
Artefact added : 21st November 2013
by andypic

FranDaman Says –
I just found out that the original Electric Circus premises was re-named The Venue for a short lived outing in late 1978. I never went during this second period, but, according to Joy Div Central they played there in Nov '78 www.joydiv.org/c2...

fast cars Says –
Fast Cars played The Venue 3rd Dec 1978 so the building was still open then!!! I will upload the paper cutting for it.
If you'd like to leave a comment, please Login. Login
Manchester Digital Music Archive is licensed under an
Attribution-NonCommercial-ShareAlike 4.0 International License.
Charity no. 1164179
Our archive currently contains 3637 Bands, 718 DJs, 1330 Venues, 225 Industry Professionals and 20481 artefacts contributed by 3555 members.