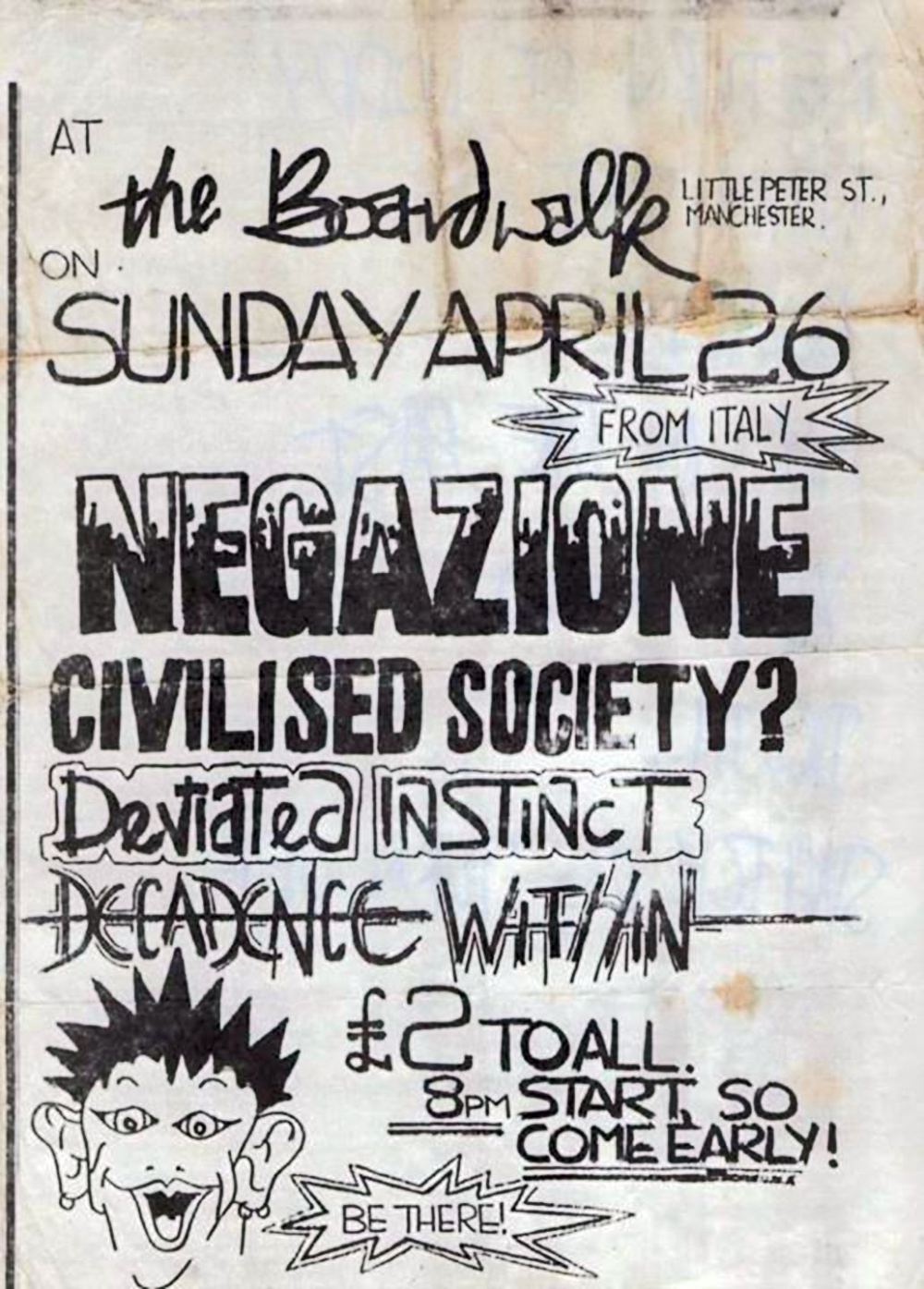 Rob Bain hosted a run of popular gigs at The Boardwalk from late 86 until I guess early 88.

They were originally held at Cloud 9 but after trouble at one gig, punk related gigs at Cloud 9 were banned. That particular gig I'll endeavour to do write up at some point.
Artefact added : 20th December 2013
by mick_pye