The Passage
Programme
The Royal Exchange
21st May 1978 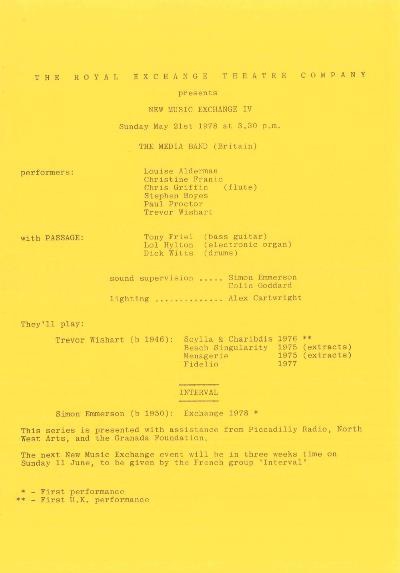 NEW MUSIC EXCHANGE (5)
4th concert in the series of 5 performed by the NorMedia band with The Passage.
Richard Witts had founded NorMedia and this was getting close to his final performance with them as he had started The Passage with Tony Friel and Lorraine Hilton.
Artefact added : 20th January 2014
by Kevin