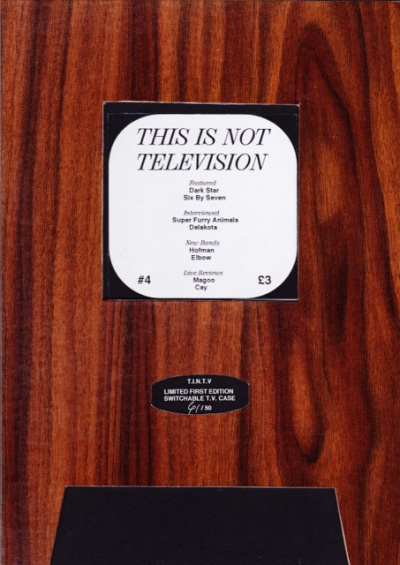 Edition 4 of 'This Is Not TV' fanzine which ran from 1997 - 2006 under the various editorships of Wendy Cook, Emma Farrer and Andy Stubbs. The zine's tagline was 'The undedicated fanzine from the north' and the magazines remit was to write about any music the writers loved.

Edition 4 was designed to look like an old wooden case television set and came in a heavy wood effect sleeve which was hand cut by Alexander and his flat mates over a period of several tedious hours. The middle sections were turned into beer mat flyers for the zine, most of which were left in the Manchester Boardwalk.