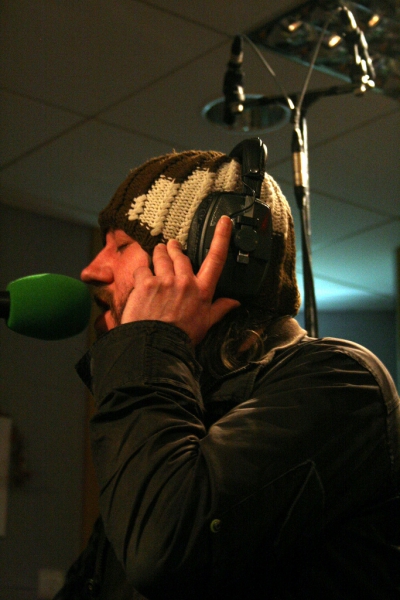 Damon Gough AKA Badly Drawn Boy performing in a studio in the former New Broadcasting House building on Oxford Road, Manchester as part of Marc Riley's annual Christmas Carol Concert which was broadcast live during his programme on 6Music for a number of years. Gough performed a cover of Do They Know It's Christmas.