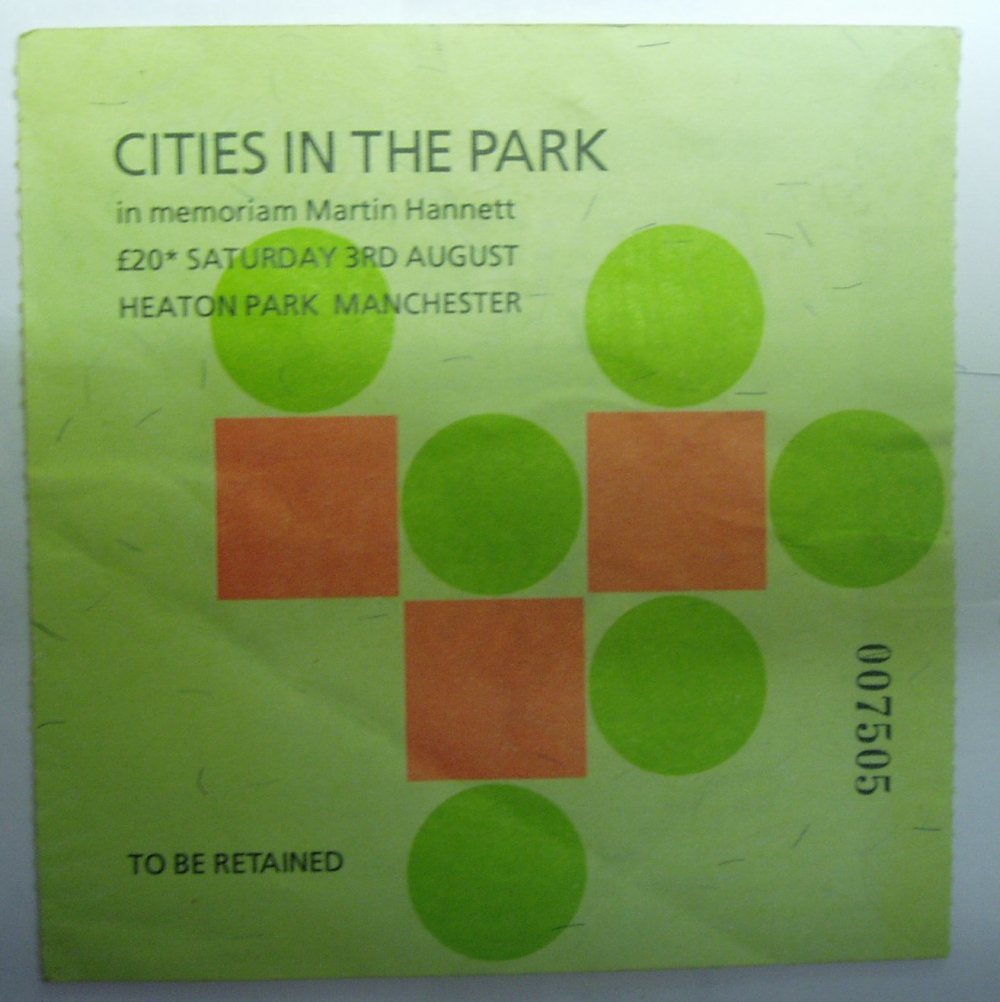 Cities in the park was a two day 'festival' held in Heaton Park on the weekend of August 3rd and 4th 1991. It was organised as a tribute to Martin Hannett, who had died of heart failure that April. I went just on the Saturday where the line up was :
The Wonder Stuff,
Orchestral Manoeuvres in the Dark,
Cabaret Voltaire,
The Buzzcocks,
The Railway Children,
Ruthless Rap Assassins,
Paris Angels,
Ashley & Jackson,
Amok,
The Beautiful south & The Soupdragons were also billed but didn't play. Amazingly people with tickets for both days camped in the park. Bet that was an uneasy night's sleep.
Artefact added : 6th February 2014
by A.Williams