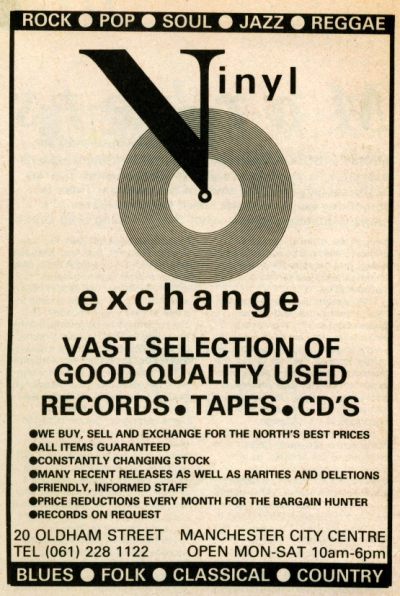 This is an advert for Vinyl Exchange from the year it opened - 1988.

The shop was originally a market stall run by Jo Bindley and Mark Jarratt. Their first premises proper was 20 Oldham Street. They later moved to number 18.