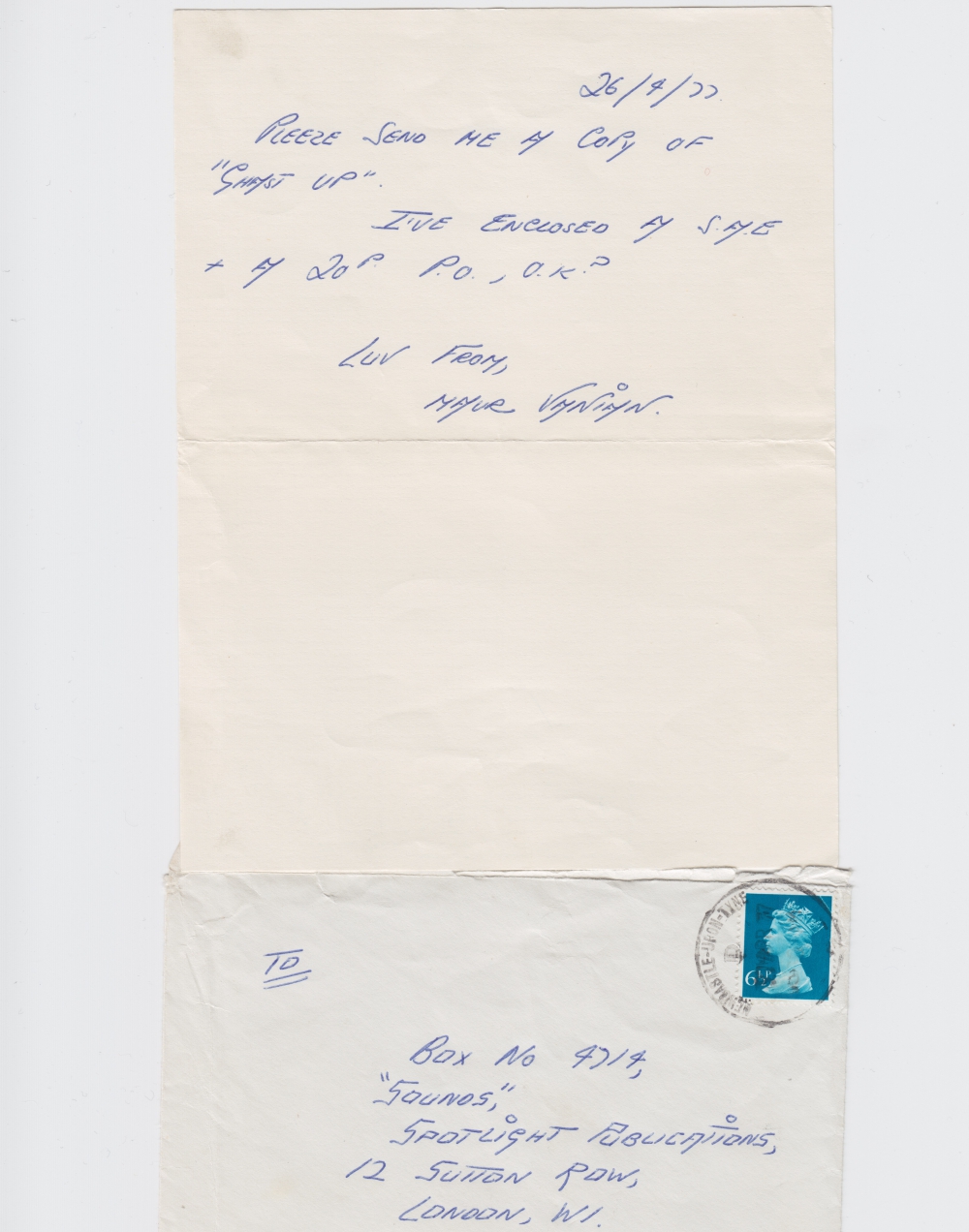 An original letter and envelope ordering a copy of the first issue of Ghast Up from a classified ad in Sounds. This was from a Newcastle punkette known as Maur Vanian, who became a regular correspondent, later changing her monicker to Maur Bid.

Quite a few people who ordered Ghast up via Sounds sent a cheque or postal order payable to Ghast Up and, of course, we didn't have a bank account in that name, so we probably lost money on that idea.
Artefact added : 17th February 2014
by Martin Ryan