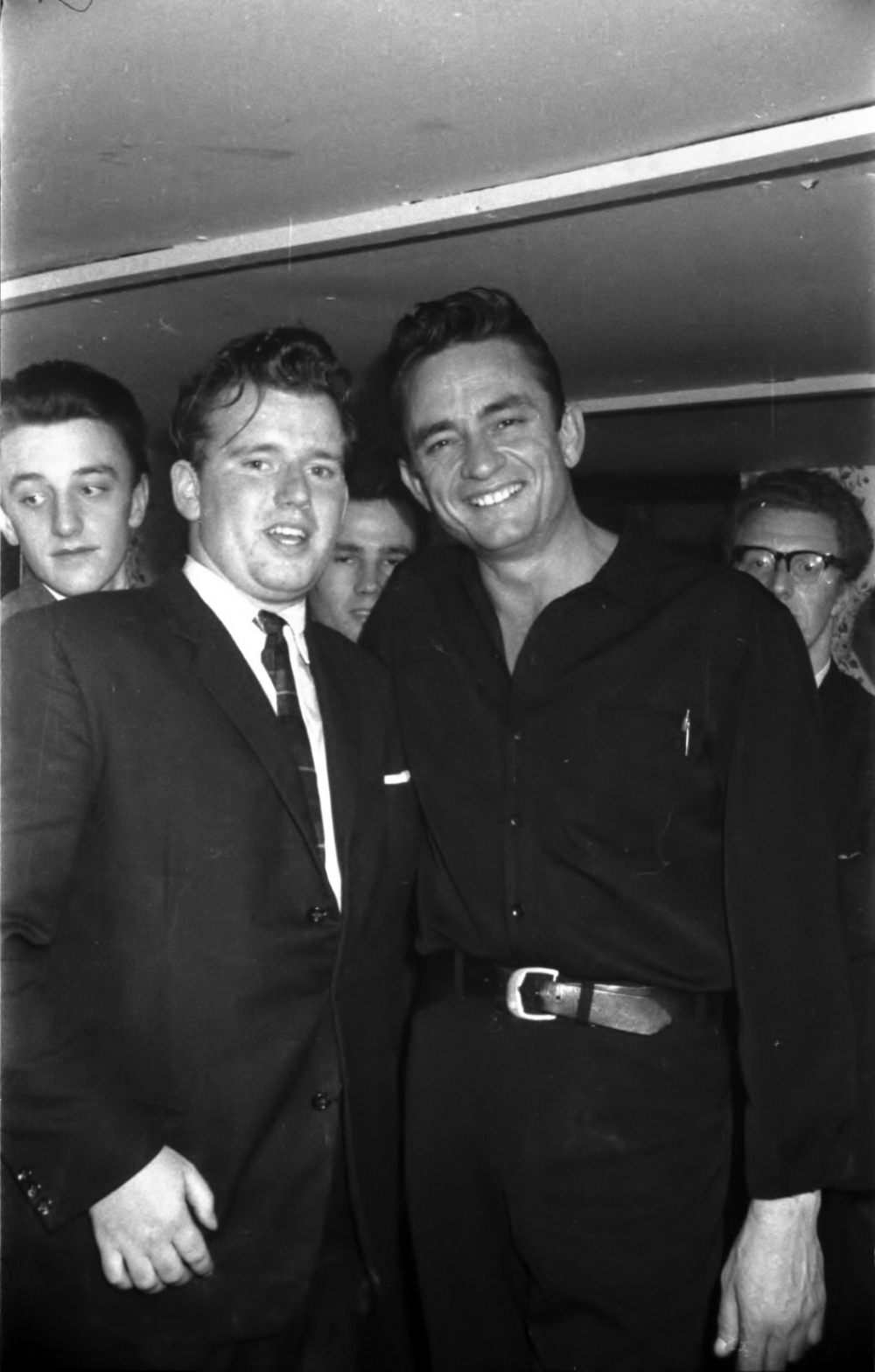 It was right in the middle of the main local Irish population, many of whom used it almost as their local pub. It was when Irish Showbands were at the height of their popularity and the main evening show was headlined by The Royal Blues of Waterford, supported on the little side-stage by Manchester's biggest country act of the time, Frank Yonco & The Texas Drifters. Cash & Co appeared in a midnight show .

This photo is of Brian with Johnny.