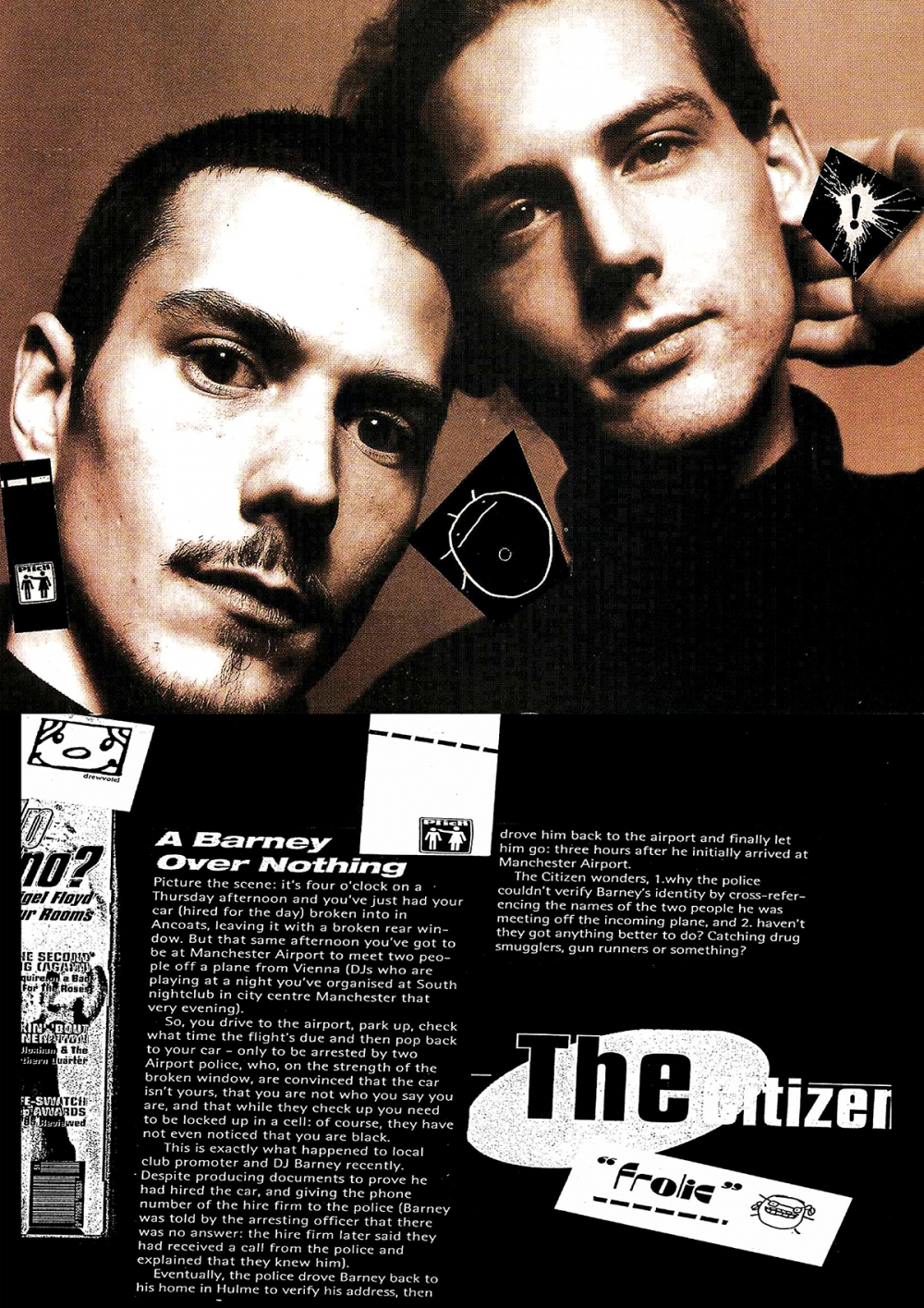 A spanner was thrown into the works as Kruder & Dorfmeister's UK debut, poised to be presented at the newly opened South is threatened by a classic moment of blatant racism.

This City Life article gives the flavour but the event took place thanks to the one phone call allowed to kickstart a chain of actions. Importantly the event attracted numerous key burgeoning music makers including a newly formed Lamb and gave birth to lifelong friendships and collaborations for many Manc music makers/producers/promoters with both Richard ( Dorfmeister) and Peter (Kruder).