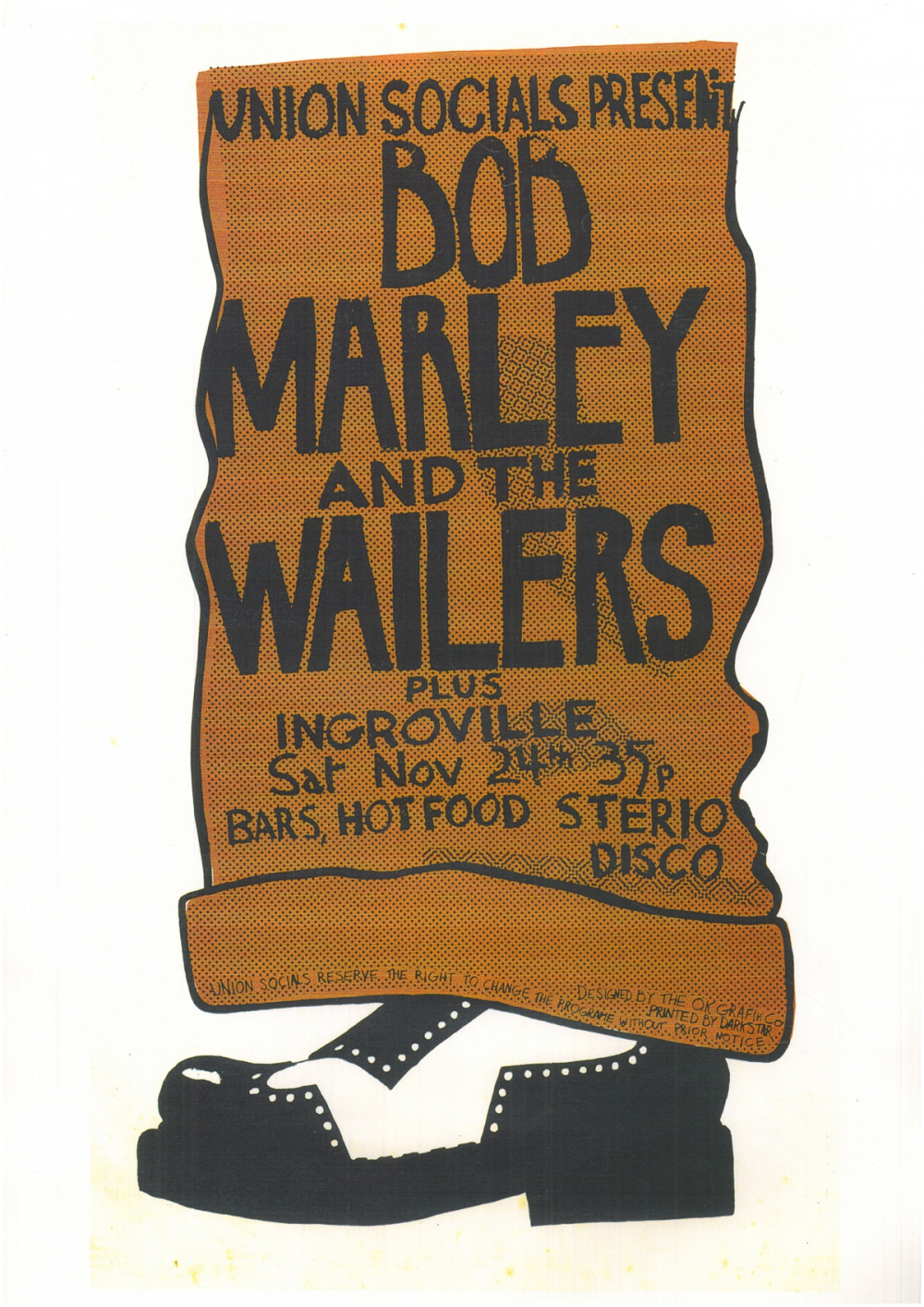 Bob Marley & the Wailers, & Ingroville & OK Disco. Sat Nov.24 '73 The first UK tour to promote Catch a Fire LP. It bombed as a gig, with less than 200 attending! By the time of their next tour in 75 (?) they were big after the success of their Burning LP.

They played the Marquee in London and then Mcr.

Their tour bus was driving over Snake Pass to Leeds Students Union & it started snowing. They'd not seen this before and Bob thought it was message from Jah. He cancelled the rest of the tour!

Design by OK Dave
Printed by Moss Side Press (in the cellar of the Nello James Centre, Whalley Range)
Artefact added : 10th June 2014
by OT