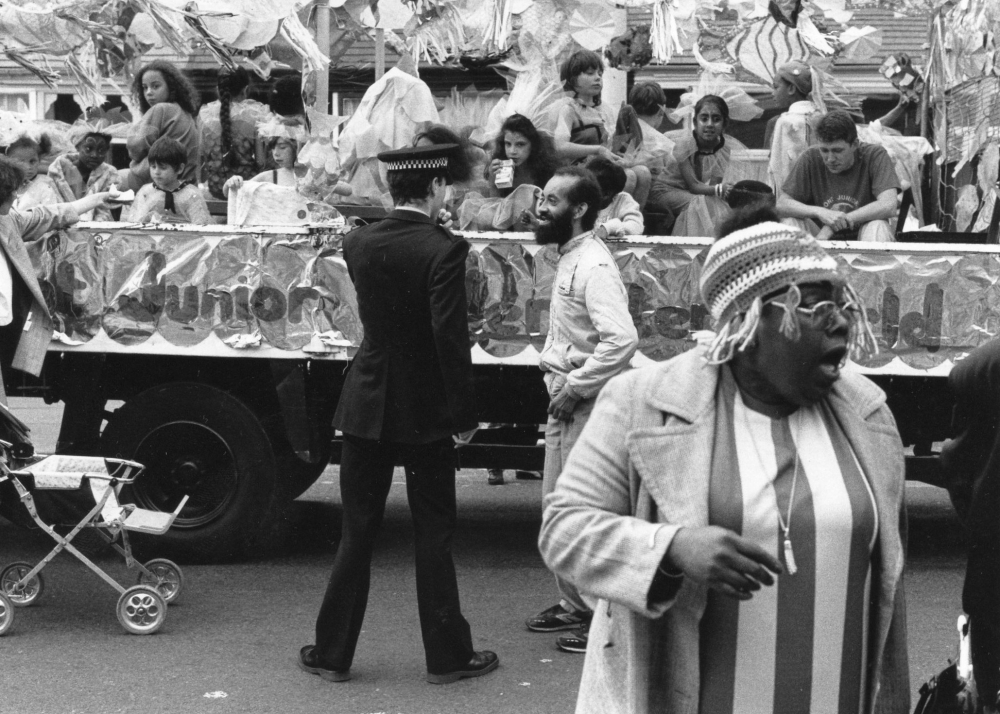 Wonderful snap of revellers at Moss Side Carnival, 1987, taken by Ursula 'Mancky', who is responsible for the excellent 'Mancky' blog, which offers 'sporadic comment on Mancunian culture'. I love the section on the blog about things Ursula has discovered since writing it:

"The male domination of this city’s culture is shocking; I’ve grown up with it and just never noticed how bad it is. (The big football clubs should be shamed into financing women’s football much more to redress the balance at least a bit.)

The scars of 19th century exploitation still persist in our grim stoical cynicism, the vicious humour which thrives here and rife reverse class snobbery. You have to be deeply arrogant – or deranged – to attempt to do anything creative in this city.

“Madchester” was a disaster. The city’s musical and football cultures got mixed together and then got stuck in a rut.

Salford and Manchester share the same city centre which is in Manchester – that’s weird! The BBC’s presence will hopefully make up for chronic neglect of Salford’s national and international profile. If only Manchester United had called themselves Salford instead.

Did you know that Emmeline Pankhurst was born in Moss Side? Moss Side doesn’t seem to know."