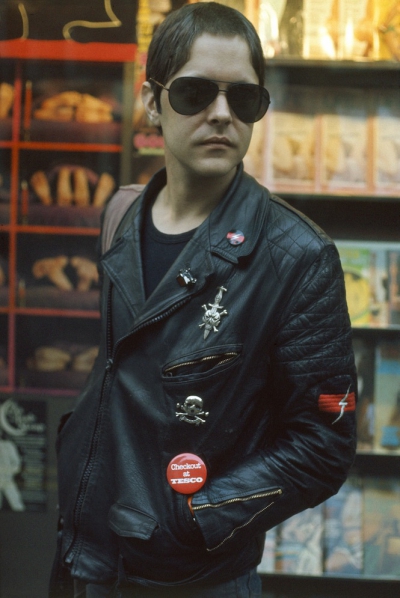 Ace photo of Genesis P by Sheila Rock from 1977.

Genesis P was born in Longsight.

In November 1977 Throbbing Gristle released their debut album 'The Second Annual Report' through Industrial Records. It is a combination of live and studio recordings which date from October 1976 to September 1977.

The album was met with mixed critical reactions throughout the United Kingdom. Jimmy Poythress of the Dublin Review described the record as "a soundscape of necrophilia." Edwin Culbreth of Aloud retorted "I shagged my wife to this record the other night...It was peculiar, but we went through with it....And she's totally still breathing."