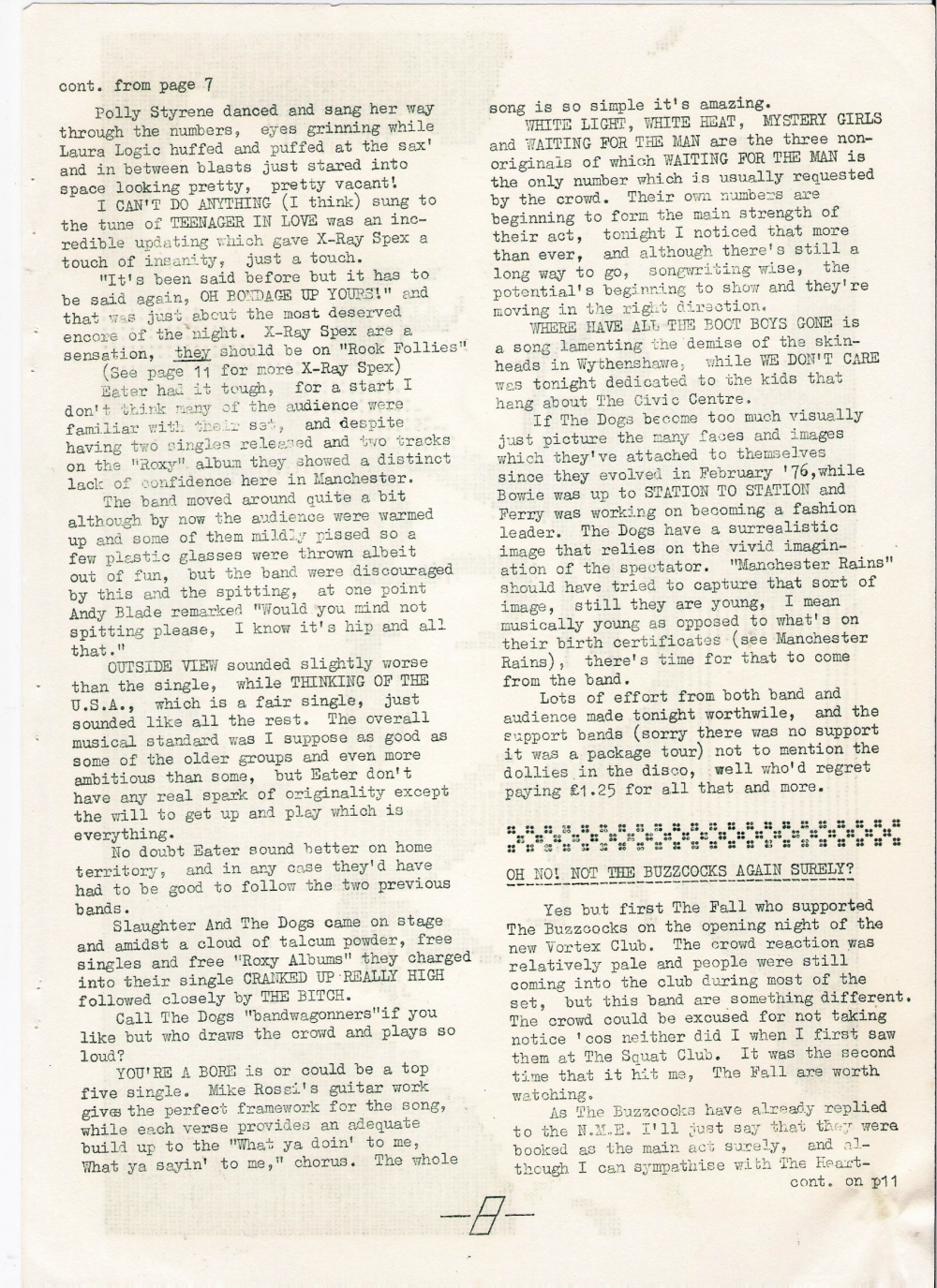 Page 8 of Ghast Up fanzine Issue 3. featured the conclusion of the review of the Roxy Tour in Manchester, plus an article on Buzzcocks incident on the opening night at the Vortex Club on Wardour Street, London on 4th July. Garth Davies tried to disrupt Johnny Thunders and the Heartbreakers from playing after the Vortex management announced that the Heartbreakers would "come on to jam" after Buzzcocks' set. Buzzcocks had been billed as the headliners and were naturally unhappy about it. It was also, probably, the first published mention of The Fall, who supported that night. The gig was the first time John Cooper Clarke performed to a London punk audience and he received a hostile reception.