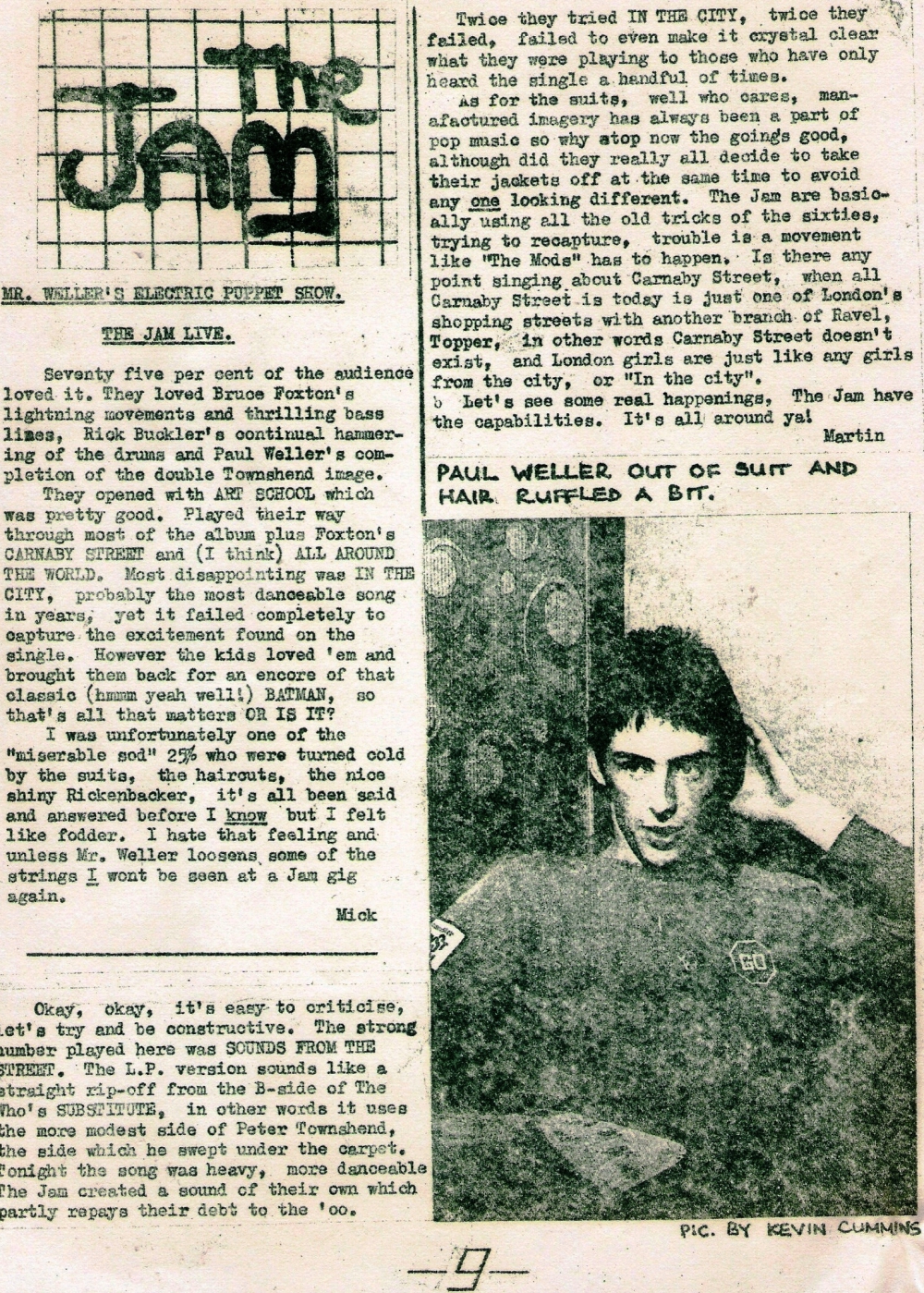 Page 9 of Ghast Up fanzine Issue 3. Featuring a review of The Jam at the Electric Circus on 19th June 1977. Two slightly differing views of a gig that history has divided memories of. I remember Weller and co going down well although certain luminaries were openly hostile to the slick choreography, as referenced by Mick Middles in these pages, most notably Jon the Postman, who heckled the band, and Paul Morley, who was kept waiting to do an interview with Paul Weller for New Manchester Review. There was a similar debate at the Kraak event for the Defining Me events, where Denise Shaw remembered them less favourably than Kevin Cummins who, of course, took the rare-in-those-days picture of an unsuited Paul Weller.