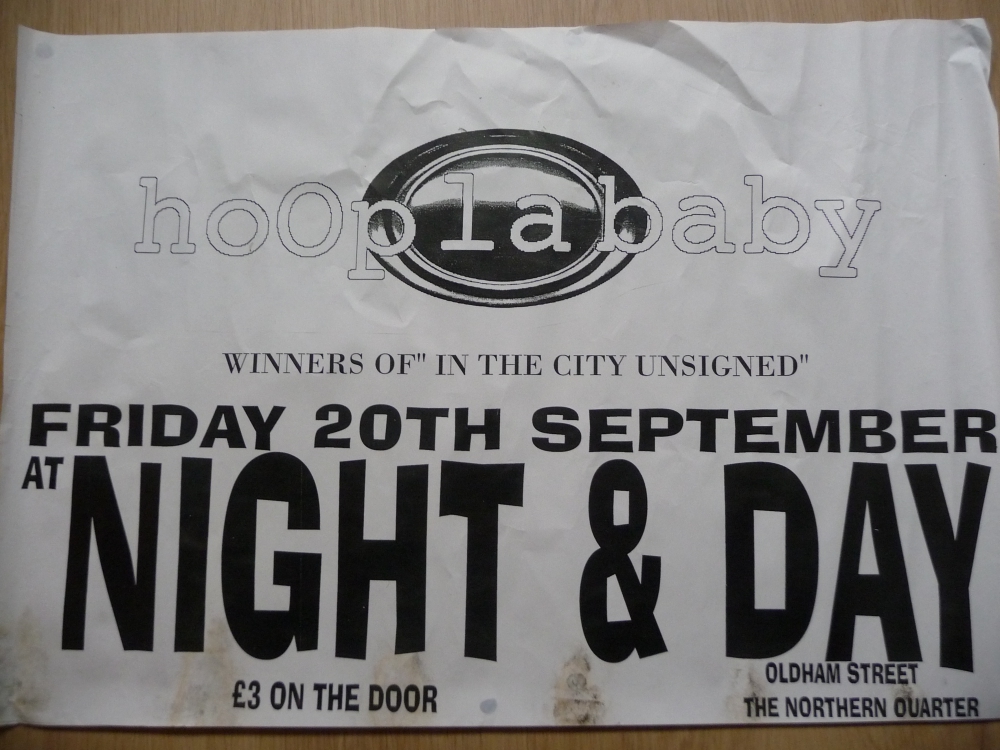 Poster for last ever Manchester gig by Hoop La Baby after returning from In The City in Dublin.
The gig was not only sold out but there were also loads of people stuck outside on Oldham Street all the way down to junction with Afflecks Palace.
They were due to tour as special guests on a sold out tour with Baby Bird the following month which included a gig at Manchester Academy/University...
Artefact added : 25th August 2014
by Mr T