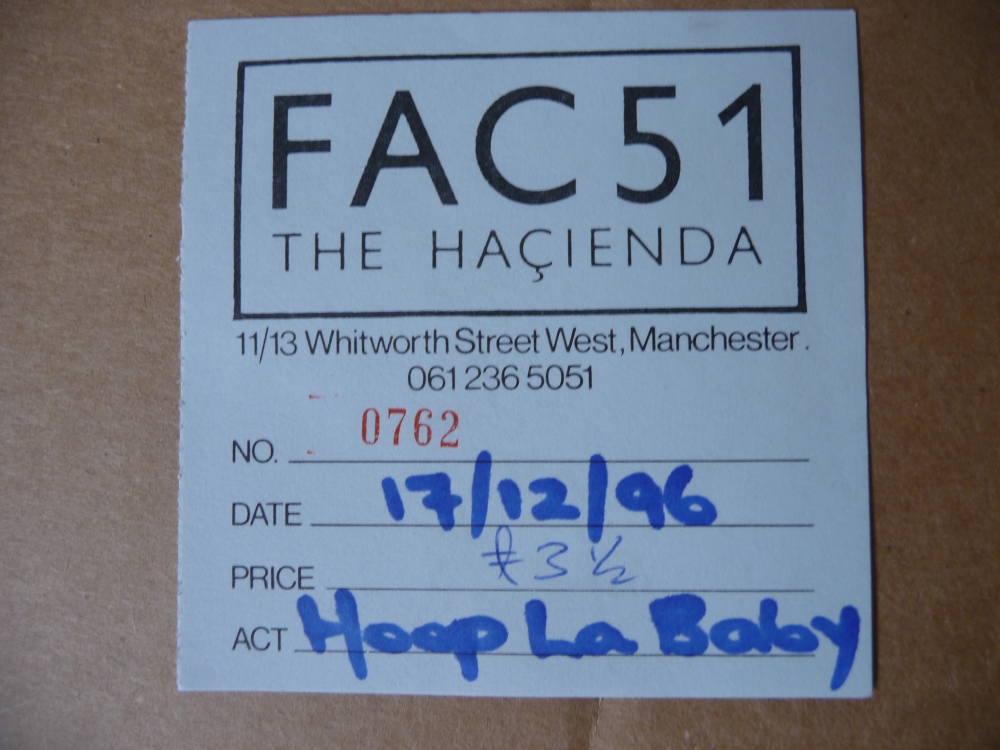 a ticket for the gig that never happened!
Hoop La Baby were due to finish of the year with a mini UK Tour that included this gig at the Hacienda, London Camden Underworld, Liverpool Picket, Nottingham Rock City, and Chester Warehouse.

The band split up by December 1996 so their last ever Manchester gig was on 20th September.
Artefact added : 25th August 2014
by Mr T