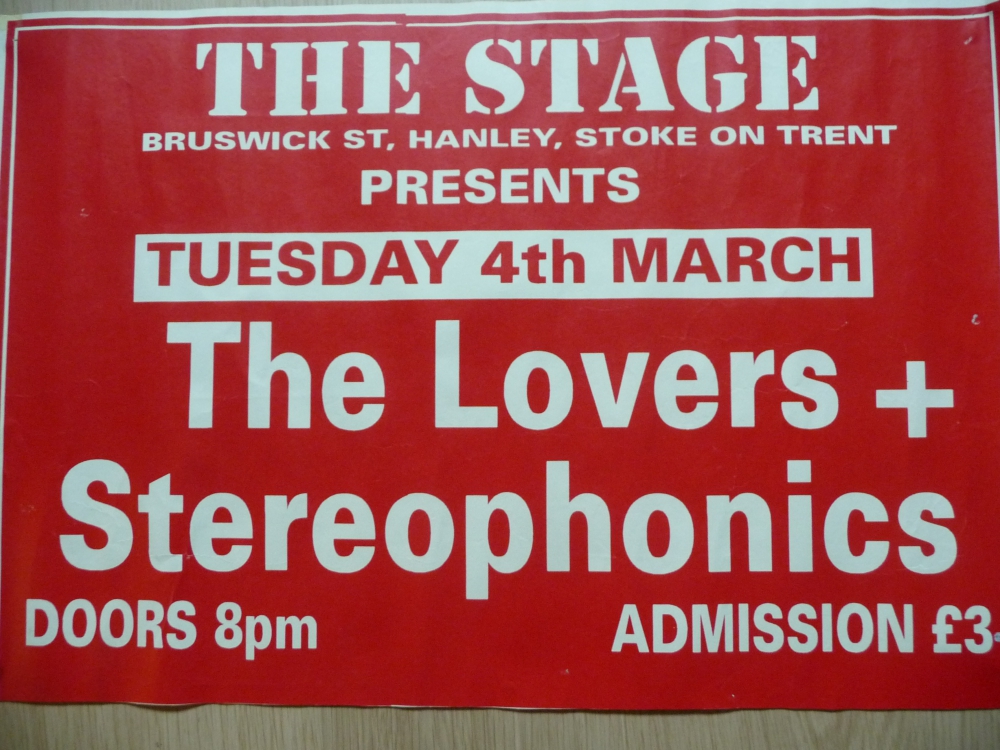 poster for The Lovers gig at The Stage in Hanley, and was part of their UK tour to coincide with release of debut single Work, Rest & Play.
They were supported by Stereophonics who had just been signed to V2 Records having played during In The City '96 over in Dublin (which had been won by Manchester band Hoop La Baby)
The Lovers and Hoop La Baby had toured the UK together in 1996
Artefact added : 25th August 2014
by Mr T