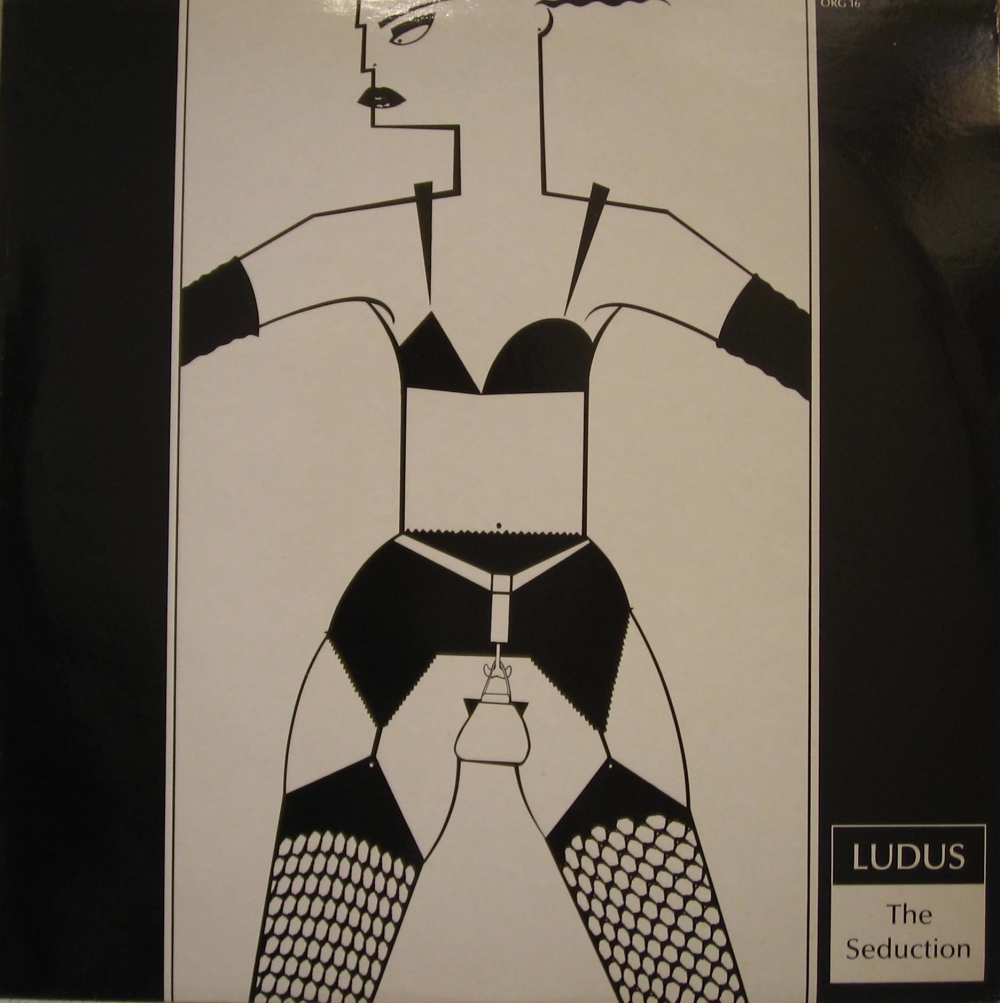 Linder Sterling artwork for the 1981 Ludus LP 'The Seduction'.

Excerpt from a Ludus biography by James Nice of LTM Recordings:

"...Although the first incarnation of Ludus had attracted a good deal of press without even troubling to release a record, during 1980 and 1981 the band had offered up a string of challenging records and provocative live shows, even daring to improvise onstage at the third Futurama festival in September 1981. A major NME profile by Paul du Noyer that same month came as a mixed blessing, in that it seemed to write-off its own subject: "Once a highly-promising new outfit who played early dates supporting Magazine, they've since split and splintered and come back in different shapes, and drifted steadily away from the mainstream of commercial potential and critical acceptance... I used to rate them an awful lot. Nowadays, although I can admire their uncompromising stance, their musical output seems more erratic: flashes of magic and puddles of boredom."

Financial constraints were also a hindrance. Throughout their career the impoverished group were obliged to record hurriedly, in basic studios, with the result that certain sessions lacked polish. Moreover, while The Visit sold a healthy 3,500 copies, My Cherry Is In Sherry sold only a third of that number. Yet though the average indie consumer found their uncompromising art hard to swallow, Ludus eschewed contemporary trends to work in purposeful opposition. It's also worth noting that Ludus never employed an outside producer, although Martin Hannett expressed interest, as did ex-Van Der Graaf Generator mainman Peter Hammill, who edited some songs at his home studio after attending a show at the Factory in 1979. Quite how such an outsider might have influenced so wilful an ensemble remains an interesting hypothetical.

After a period of relative silence, 1982 saw the release of not one but three Ludus albums. The Seduction appeared as a double 12" package in February and offered some of their best work to date, notably on more orthodox tracks such as Mirror Mirror, See the Keyhole and The Escape Artist."
Artefact added : 26th August 2014
by Abigail